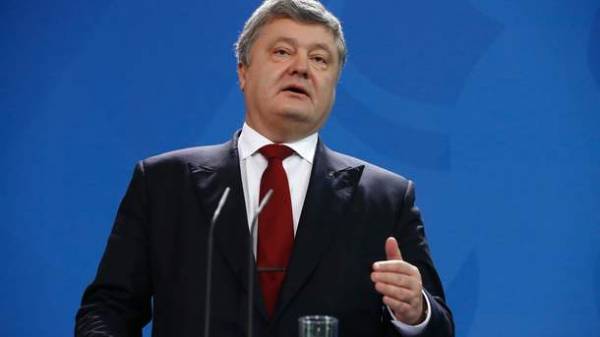 President Petro Poroshenko signed a decree “On additional measures on social protection of children of journalists killed (dead) or who have a disability in connection with the performance of professional duties”, the press service of the head of state.

According to the decree, Ukraine will create additional legal grounds for the assignment of scholarships of the President of Ukraine to the children of journalists who, during performance of professional duties were killed or died, including in the area of the antiterrorist operation.

The head of state instructed the Cabinet of Ministers to prepare and submit in the prescribed manner to the Verkhovna Rada a bill on amending the Law of Ukraine “About improvement and rest of children” on the recognition of children of journalists killed or who have a disability I group in connection with the performance of professional duties, children require special social attention and support.

In 2015, the President of Ukraine adopted a decision to increase the size of these scholarships of up to 1.5 minimum subsistence level for one person established by the law.