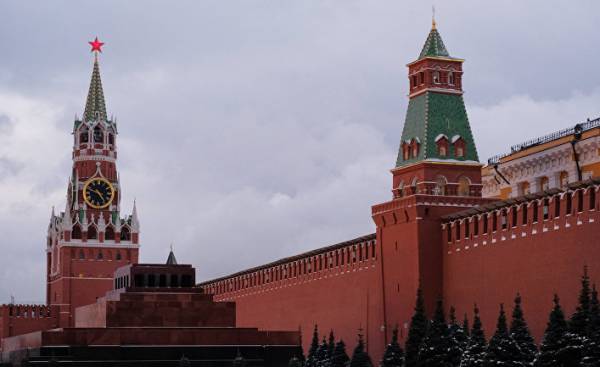 The administration of the Kremlin increasingly undermines US. When the bill on the strengthening of sanctions against Russia was inevitable, the Kremlin went on the response from Russia was expelled many of the American diplomats. Russia is watching the reaction of Washington, using the fact that the political chaos in the United States have weakened American diplomacy. The Kremlin’s aim is to embroil US with friendly countries that import American weapons. In addition, on the eve of presidential elections in Russia in March next year, President Putin is demonstrating to the Russians that he will not give US.

“We’ve been waiting for that the situation will improve, pinned their hopes on it. However, it seems that in the near future the situation will change,” — said President Putin during a television interview on July 30. Thus, he expressed frustration that the administration of the trump of the Russian-American relations does not improve, though it were high expectations.

At the same time he announced retaliatory sanctions: the number of American officers and diplomats in Russia will be reduced by 755 people. Putin also hinted at the possibility of imposing additional sanctions. Experts believe that will receive two-thirds of American employees. This is an unprecedented scale, even when compared with the period of the cold war.

Under President Obama, Putin responded with restraint and had not taken countermeasures, when the United States imposed sanctions in response to Russian attacks.

However, due to the fact that a law was passed about the strengthening of anti-Russian sanctions, a situation in which it would be difficult to achieve easing of existing sanctions, so “the Kremlin refused to hopes for a speedy improvement of relations and changed course, deciding to use the American chaos” (government source).

Indeed, the Kremlin administration is weakening American diplomacy by going to the diplomatic offensive: it distributes the impact on us allies. Turkey, a NATO member, Moscow has offered a treasure — it is antiaircraft-rocket complexes With-400. July 25, Turkey’s President Erdogan announced that an agreement on supplies of s-400.

Russia intends to put these SAMS also in India, which tried to approach President Obama. President Putin plans to agree on the signing of a formal contract this year during the meeting with the Prime Minister of India Narendra modi that will be held in September this year.

Russia launched its tentacles even in Japan, which is an ally of the United States. According to numerous sources in the Japanese-Russian diplomatic circles, the leadership of the Russian army in may, said the Japanese side that it is prepared to sell s-400, if she so desires.

For the Kremlin administration, which is preparing for presidential elections scheduled for March next year, counter-attack, the result of which will be split between the US and its allies, “will be a good demonstration for the Russians a diplomatic victory over the West” (a diplomatic source in Europe).

It is obvious that the Kremlin’s goal is to switch the attention of the Russians suffering in recent years from falling of standard of living, to confrontation with an external enemy — the USA.

However, the caveat is that the supply of s-400, which are characterized by high politicization, heavily depend on the international situation at a specific point in time, so it is unclear if the case comes before the actual deployment of these systems in the countries-importers.

Deputy Director of the Center for analysis of strategies and technologies Konstantin Makiyenko said: “the delivery of s-400 is a diplomatic trump card for Turkey in relations with the West. I doubt that the agreement will be implemented”.

Some experts also believe that Russia is watching the US response. There is a risk that if Russian-American relations will worsen even more against Russia will be introduced new sanctions that will accelerate the stagnation of the Russian economy. Actually Putin wants to avoid any final deterioration of relations between the two countries. So in an interview on July 30, he stressed that Russia and the United States have achieved tangible results on the Syrian issue. Thus, the head of Russia did not forget to mention about the need to improve Russian-American relations in the medium and long term. 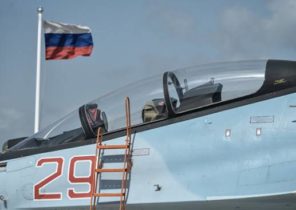