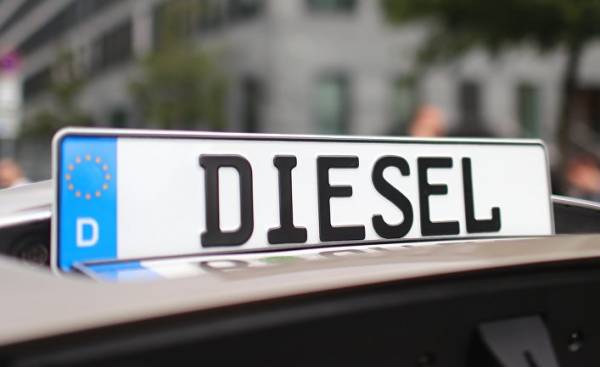 The German government is trying to save diesel technology, which is largely based strength of the German automotive industry. In recent years, against diesel engines has developed a comprehensive campaign from environmentalists and urban municipalities, and several countries in Europe and America. They blame diesel engine pollution and are in urgent need of transition to “pure” hybrid and electric motors. Is it realistic? The main questions I tried to answer the “petrol summit” which was held in Berlin in early August under the auspices of the government of Germany and personally Angela Merkel. For Germany this question is not only a question of economic but also political, especially in an election year in the Bundestag. The automotive industry is a strategic industry, German industry, and employs 800 thousand people on the roads of Germany, there are 12.35 million diesel cars, their owners — a significant part of the electorate.

In the Berlin summit was attended by Ministers, representatives of the länder and the heads of major German carmakers Daimler, Volkswagen, BMW, Porsche and Audi. They stated that diesel technology was so proud of Germany, is at risk of plummeting sales. To answer serious allegations of pollution, they have developed a number of compromise measures, primarily the retrofitting of diesel cars with modern electronic systems, which will allow to reduce sharply emissions of CO2 and other harmful substances, often by 25-30%. This will help translate the existing European environmental standards, the diesel engines of a class “Euro 6” and “Euro 5”. All expenses for re-equipment, and billions of euros a year take. In addition, the new catalysts and abolished government subsidies for diesel vehicles, which gave them an advantage over petrol engines. To control harmful emissions (carbon monoxide co and nitrogen oxides NOx) will be created independent Agency. These measures will affect 5.3 million diesel vehicles in Germany, of which half brand Volkswagen. It was officially declared that “Germany is determined to keep diesel technology.”

However, quite whether the announced measures? Experts believe that this is a forced compromise, the electronic gadgets are not enough, have to continue to improve themselves diesel engines, which naturally would cost a lot. So, the new BMW diesel engines meet current environmental standards, but they are more expensive — an average of fifteen thousand euros. Volkswagen and other manufacturers will be forced to invest billions in environmentally cleaner diesel engines. Thus, the diesel industry is facing a serious challenge — or really improve the motors, or to fall under the ban at the city level, the Federal provinces and entire countries. Meanwhile, the situation in the world is harder for diesel cars. The largest city in Europe and in America, are planning to ban their use in the city over the next decade. Due to numerous complaints on exhausts Volkswagen, Audi and Daimler (Mercedes) in the last couple of years were forced to withdraw to accommodate the millions of diesel cars.

Diesel technology has experienced a true rise in post-war Europe, for diesel engines as a more economical and reliable (fuel economy is about 15% cheaper refueling) moved trucks, buses and agricultural machinery, States were granted significant tax privileges. After the oil crisis in 1973 on the diesel began to move, and passenger cars. Diesel engines TDI (Turbocharged direct injection) with high power and low fuel consumption have become extremely popular in Europe since the end of 80-ies. The next 20 years became the “Golden age” of diesel, primarily in Europe. In 2008, only in France, diesel cars accounted for 77% of the fleet.

In 2015, the U.S. broke the “deselect”. The U.S. environmental protection Agency EPA has accused Volkswagen that he repeatedly underestimates the data on exhaust emissions were imposed multibillion-dollar fines. As a result, “desligada” in the United States developed large-scale public campaign, which was directed not only against diesel engines, but German industry in General. And this campaign has borne fruit — the policy of the city and public organizations of Western countries are calling to ban diesel cars.

The rejection diesel is a huge problem, some declarations here will not get off. In the US, where the cost of gasoline has always been low, diesel engines are not widespread, however, even now, in the midst antimisiles company, in Europe they account for about 50% of the fleet.

As alternatives are offered to consumers of hybrid cars and electric cars by 2030 they should reach 70% of sales in Germany. However, hybrids and electric cars much more expensive than petrol and diesel vehicles, and although they become more affordable, their expansion is slow. Thus, the sale of electric cars in France made up 1.46% of the market in 2016, which is a small value. The relative displacement of the diesel engine occurs while the traditional gasoline engines that are better adapted to new environmental standards “Euro 6”. Sales of petrol vehicles increased in France from 22% in 2008 to 46% in early 2017. Everyone understands that it will be years before the diesel will finally be forced out of the European market. But it is highly likely that German engineers will be able to improve diesel technology, and then diesel will survive. So, part of the Volkswagen group Audi has developed a revolutionary technology of e-diesel is a synthetic fuel mixture based on water and carbon dioxide. Under sunlight and chemical additives, this mixture turns into organic analogue of diesel fuel. In addition, Volkswagen presented a new hybrid crossover Tiguan GTE Active Concept. Developed and other projects that will revolutionise diesel technology. 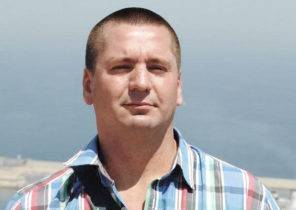