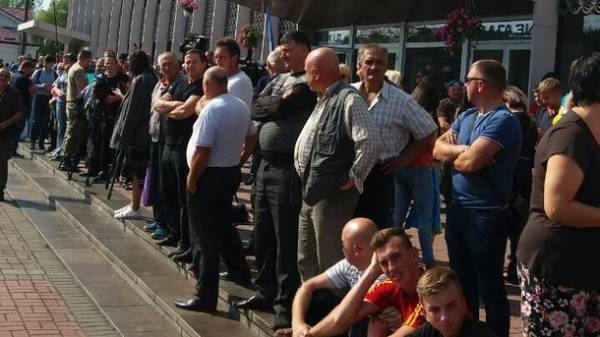 Some of the people gathered at the station Mostyska-2 to meet Mikheil Saakashvili, began to disperse. As the correspondent of “Today” has left about 300 people.

According to the participants, many were not prepared for a long wait during unexpectedly hot weather: the thermometer reached 25 degrees Celsius.

“Furthermore, there are no shops – not even water, not buy”, – said one of the leaving.

In turn, those who decided to stay, arrange impromptu “picnics” below the nearest trees. Earlier, the protesters promised to start to block roads.