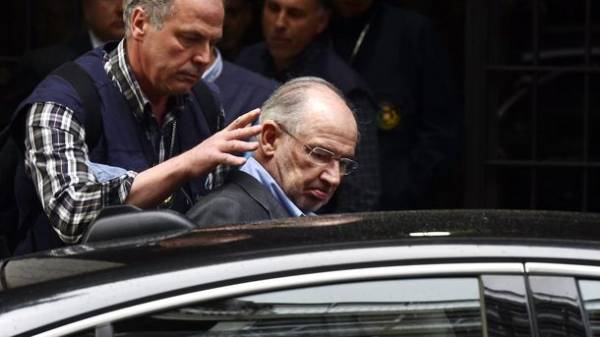 The former head of the International monetary Fund Rodrigo Rato sentenced in Spain to 4.5 years of imprisonment on charges of credit card fraud one of the country’s largest banks Bankia.

The court recognized Rato guilty of embezzlement of funds entrusted to the period when he held the position of President of the financial group Bankia, reports the Russian service Bi-bi-si.

Last year Spain began the process of fraud with the “black card” Bankia. Only in this case are 66 people, including Rodrigo Rato. According to investigators, the defendants spent with these cards for personal use more than 12 million euros.

Bankia was created in 2010 in the midst of the economic crisis in Spain. In a single banking group were combined the assets of seven regional savings banks that suffered financial losses.

Just after the departure of Rato Bankia financial group has faced serious financial problems and has requested assistance from the government. Then it turned out that the Bank was reporting issues. As a result, the Bank was partially nationalized. The rescue of the banking system of Spain had to provide from EU funds. It became one of the turns of the Eurozone crisis, but Spain itself was on the verge of a banking crisis.

In mid-February, the former head of the Central Bank of Spain, Miguel angel Fernandez Ordonez of the charges were filed in connection with the investigation of the initial offering on the stock exchange of Bankia in 2011. Spain’s national court has indicted the Ordonez and several former Spanish officials, including the Chairman of the National Commission on securities of Julio Segura. The Bank is accused of deliberately distorting statements before posting.

The Spanish Supreme court last year ruled that the information the Bank gave the investors before they are listed was inaccurate. With this solution, investors can seek compensation losses.