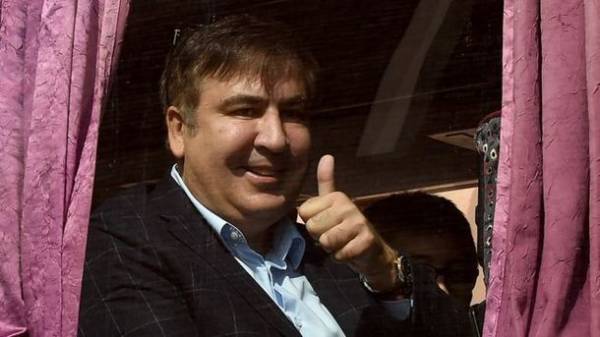 Mikheil Saakashvili does not intend to abandon attempts to return to Ukraine. He stated this today at the train station in Przemysl.

According to him, there are alternative route options in the Krakovets checkpoint. Saakashvili also said that he wants to join today, contact with the Ukrainian border guards, but he can’t do, being on the territory of Poland.

Ex-Governor of Odessa region added that to go on the BCPs “Krakivets” plans a bus.