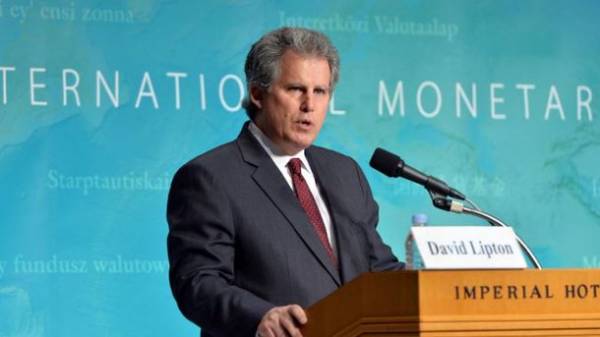 First Deputy managing Director, International monetary Fund (IMF) David Lipton will be in Kiev on an official visit on September 12-14.

In addition, the Fund confirmed the arrival in Ukraine in September of the IMF mission for the fourth review of the EFF, noting that the period of the mission’s work in Kiev is not yet approved.

Informed about the visit of the IMF mission in Ukraine reported, citing unnamed sources. It was noted that the Fund’s mission would arrive in Kyiv on September 12.

As reported, Ukraine resumed cooperation with the IMF four-year extended funding $ 17.5 billion. in 2015 – after more than a year break. The EFF program was replaced by stand-by program launched in 2014.