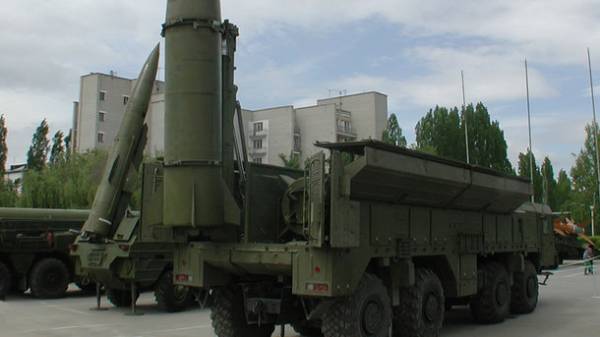 NATO calls on Russia to explain the deployment of missile complexes “Iskander” in the Kaliningrad region.

This issue will be discussed at the next meeting of the Council Russia – NATO, reports “European true” with reference to the Spiegel and the German representation in the Alliance.

It is noted that the Kremlin and NATO agreed to hold Council meetings at the ambassadorial level on 30 March.

Moscow’s position on “Iskander” should clarify the acting senior military representative of the Russian Federation at the NATO Sergey Orlov.

The work of the Council Russia-NATO resumed last year, and still it held its meetings at the ambassadorial level.

Ministerial Alliance ceased ties with Russia in 2014, after annexation of the Crimea.

In early March, the German foreign Ministry expressed concern about the “Iskander” in the Kaliningrad region.

Recall that Western diplomats accuse Russia of violating the Treaty on the elimination of intermediate and short range.

In addition to the “Iskander” in the past year in Kaliningrad Russia has deployed coastal missile system “Bastion”, in which NATO said that in this way Moscow is demonstrating its aggressive military posture. 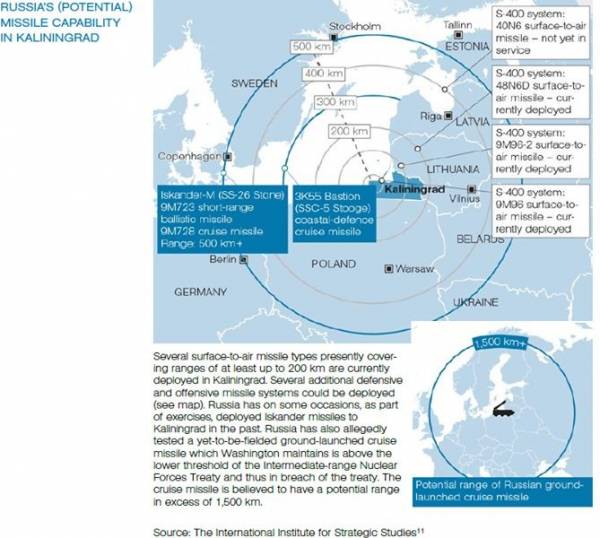 The missile Arsenal of Russia in Kaliningrad: what is and what plan to deploy

Types of missile complexes of the Russian Federation, placed or planned to be deployed in Kaliningrad (source – report of the “Post-Truth, Post-West, Post-Order?”):

System S-400 40N6: anti-aircraft long-range missile, designed to destroy AWACS and drones, a radius of 400 km, has not yet been used in Kaliningrad.

System S-400 9M96-2: anti-aircraft guided missile, designed to destroy all missile and aircraft at medium ranges, a radius of 100 km, deployed in Kaliningrad.