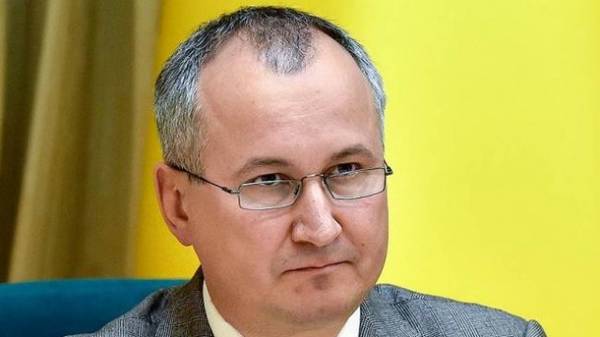 The situation with Ukrainians that Russian security services had intended to use to commit terrorist acts on the territory of the Russian Federation to further discredit Ukraine could have serious negative consequences not only for Ukraine but also for the whole European security. This was stated by the head of the SBU Basil Gritsak.

“This information is extremely important, we believe, because it concerns not only Ukraine, but also could have disastrous consequences for European security”, – said the head of the SBU.

He noticed that in that recent case, the Russian security services actually were preparing a provocation.

“Rather, it is our assumption… was Supposed to be some big terrorist attack or sabotage with significant losses, and in all subsequent places could be found the explosives or “bookmarks” are chemical substances that would be similar to those that could be found at the bottom of backpacks (Ukrainians – Ed.)”, – said hrycak.

The head of the Ukrainian security services said that the Ukrainians, who tried to use the FSB, was to be charged not only in the attacks: in one of the statements “we are talking about the destruction of the man allegedly on the order of the public Prosecutor of the Samara region”.

The head of the SBU said that Russian security forces at least two groups sent to Russia for “testing of performance possible development of the Ukrainian citizens-“Volunteers” sabotage and terrorist acts on the territory of the Russian Federation”.

“We do not believe that we took all the members of the group. We have detained a man, his name is Igor, and he confirmed that he played the role of curator of a group that traveled to Russia”, – said Hrytsak.

“We pulled out into the light the fact that Russian special services were preparing provocations horrible, horrible things to human victims on its territory, then to use it as a start to attack Ukraine… I don’t want to imagine what things could happen today, on the eve of or during the celebration of Independence Day, if we failed to quickly respond and investigate the case,” he said.

According to approximate data, said hrycak, about 2 million of Ukrainians are in Russia as people left for work.

According to him, people who go to work in Russia, can be “explicitly or blind used for performances of the Russian special services”.