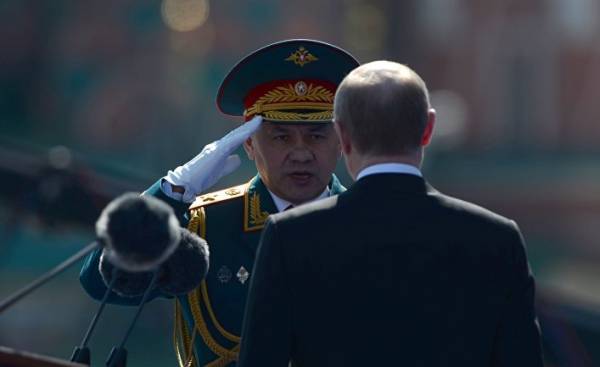 Russian military invasion in Europe extremely unlikely, but Moscow can use for destabilization of the region tools of hybrid war, which it applies against Ukraine. Particularly at risk are the Baltic countries, States of Central and southern Europe and the Balkans. This is stated in an editorial in the American private intelligence analysis company Stratfor, the text of which is available to “Apostrophe”.

More likely the shadow of the great powers dominates its neighbors. But, according to Stratfor, this does not mean that other States do not feel its presence. The countries of the European periphery in the Baltic States, the Balkans, Central and southern Europe — were acutely aware of the modern reality. They are at risk, as Russia seeks to prevent the expansion of NATO and the EU, as well as to sow discord between them — first and foremost, on the issue of sanctions and strengthen the defense.

Unlike States in the “backyard” of Russia, the countries of the European periphery there is little reason to fear a conventional military aggression of Moscow. And although the Russian invasion of the region cannot be excluded, it is unlikely because these countries are either members of NATO (the Baltic) or are far away from Russia (Balkan), or both (Central and southern Europe). But the troops — not the only tool in the Arsenal of Russia. And some tactics of hybrid war, including political manipulation, energy and economic punitive measures, cyber attacks, sabotage, propaganda and disinformation campaign, represents a special threat to countries on the edge of Europe.

Among the States of the second tier hybrid military aims of Russia, the Baltic countries were the most vulnerable to the methods of Moscow. This is due, in particular, many ethnic Russian communities, which account for 24% of the population, 27% of Latvia, and 6% in Lithuania. Political parties that cater to these segments of society, has achieved significant results in the parliamentary elections in their countries, giving Moscow a certain level of influence on their government.

However, the popularity of Pro-Russian parties within the ethnic Russian communities is limited. Maintaining the membership of the countries of the region into the EU and NATO in their population has made it difficult for Moscow to create a schism between the Baltic States and the West or inciting widespread unrest, as it was in the East of Ukraine. Instead, indicate to us analysts, the Kremlin has resorted to other means of undermining the government, for example, to a reduction in energy exports. In 2006, Russia stopped supplying oil to Lithuania and appointed the Baltic States the highest natural gas prices in Europe. Eight years later, in response to support countries in the region, sanctions against Russia for its role in the Ukrainian conflict, Moscow has imposed restrictions on imports of agricultural products from the Baltic States.

Along with these economic measures the Kremlin has waged an aggressive cyberinformation war against the Baltic States. In 2007, Russian hackers launched a massive cyber attacks against banks, ministries and the Parliament of Estonia. Hoping to discredit NATO, Moscow has also spread in February about the information that the German soldiers stationed in Lithuania, raped a teenage girl. The message on the news website Vesti.lv stated that the canadian army is supposedly formed from soldiers of the homosexual community, that its contingent in Latvia cannot be trusted. Such stories Russia is trying to undermine the trust of the citizens of the Baltic countries to the Western Alliance, and itself at this time is increasing its military presence near their borders.

Central and southern Europe to divide the continent

Although the countries of Central and southern Europe, there are no significant ethnic Russian communities, the distance at which they are located from Russia, according to experts of Stratfor, gives Moscow opportunities for political maneuvering within their borders. Most of these countries heavily dependent on Russian energy and do not have territorial disputes with Russia, which dampens any concerns about the open invasion of the Kremlin. The countries of Central and southern Europe, as a rule, adhere to the pragmatic position in relations with Moscow, with the exception of Poland, bordering Kaliningrad and Romania, which competes with Russia for influence in Moldova.

Russia, in turn, tries to use the practicality of these States to drive a wedge between EU members on a range of issues, including sanctions against Russia. Promises to build the “South stream and Nord stream-2” the Kremlin was trying to show that he still has allies on the continent, in addition to the already obtained support from the friendly governments of Hungary, Greece and Italy, which called for the lifting of sanctions against Russia. However, these calls remained unanswered, because the United States and Germany continue to put pressure on the continental block, to maintain a unified front against Russia.

According to experts of the American company, this may be difficult: Moscow supports euroskeptic and far-right organizations in Central and southern Europe. Such parties as the “five star Movement” in Italy, “Jobbik” in Hungary, “Change” in Poland, trying to change the status quo in Western institutions. And Russia is willing to promote their actions, regardless of whether these parties come to power or not. Meanwhile, Moscow continues to carry out cyber attacks against “hostile regimes” in the region — recently, the blow fell on the Ministry of foreign Affairs of Poland. In addition, dozens of Pro-Russian publications released pamphlets accusing the United States in the Syrian civil war and the European refugee crisis.

The Balkans: carrot and stick

The Balkans represent for Russia a good opportunity to deepen the fault lines in the West. In relations with certain States like Serbia, Moscow is using a friendly approach, by providing incentives, economic assistance and discounts on energy. With Belgrade, Moscow has established closer military cooperation, supplying arms and creating a joint “humanitarian center”, which many consider to be an Outpost for Russian spies. The Kremlin plans to build a similar centre in the Republic of Srpska within Bosnia and Herzegovina.