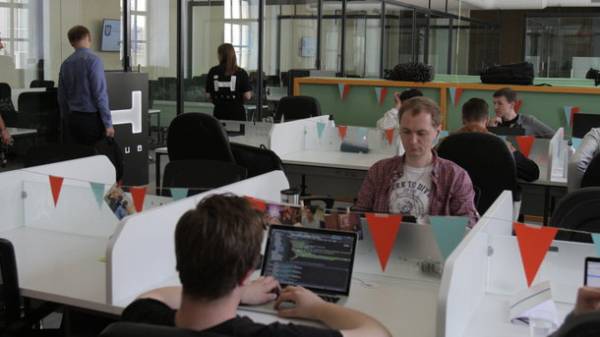 In Ukraine for several years, the number of vacancies in the labour market has decreased several times. At the same time, as they say HR experts, employers ‘ requirements grow in parallel with the needs of applicants. This year the fastest growing salaries in office workers, as approximately 30% of the “rich” sellers and drivers. The website “Today” figured out how this year rose wages of Ukrainians and to whom it is easiest to find a job.

Most of all in Ukraine are employees of air transport, according to the data of the state statistics. Their average salary is almost 28 thousand hryvnias. However, vacancies in this area few, and the requirements are high. For example, a flight attendant on international flights can earn correspond 26-50 thousand hryvnia, but need to know English, have higher education and additional training. In addition, will have to pass “face-control” – too high or too low, and with excess weight, tattoos in prominent places, and his appearance at work, most likely, will not take. For more information on this specialty can be read here. On the second place of wages, financiers and insurers. Their average salary is more than 12 thousand.

Official statistics do not take into account the salary of the narrow segments of the labor market, says HR expert Alexander Belous. Very often employers pay in envelopes, so real wages, for example, insurers may depend on the percentage of sales and to be much more than 12 thousand. 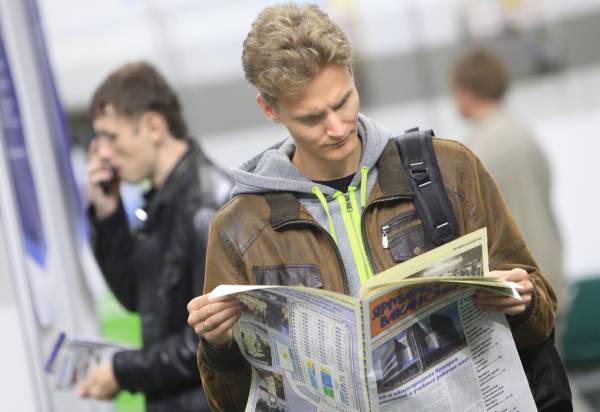 “The richest in Ukraine, if not to take into account business and some exceptional positions of General Directors, – those who earn in dollars. Most of our it people are working for foreign markets, they are paid in foreign currency, so following the devaluation, they became the richest field,” says Belous.

“The richest in Ukraine, if not to take into account business and some exceptional positions of General Directors, – those who earn in dollars. Most of our it people are working for foreign markets, they are paid in foreign currency, so following the devaluation, they became the richest field,” says Belous.

Sharp devaluation of the hryvnia over the past few years “ate” high hryvnia salary. Says Executive Director of the International Fund blazer Oleg Ustenko, about a quarter of the consumer basket is imported. Rising dollar – rising prices of gasoline, energy, imported machinery, certain medications, etc. For example, exactly three years ago, the dollar in Ukraine is sold for 12 USD. At that time the salary of 10 thousand hryvnias – the equivalent of 800 dollars. Now $ 800 is already 21 thousand hryvnias.

Only in the last half year, the average salary grew by 25%, says HR expert Tatyana Pashkina. However, the Ukrainians still want to earn more than offered by the applicants. The average salary in the summary is about 20% higher than the average salary in the job. “Those who used to take their salaries in dollars, after the sharp devaluation of the feel wronged,” explains Tatyana Pashkina. In addition, the rate of inflation over the last three years was approximately 80%. So the growth that is now, not bad, but enough to call it impossible, according to Pashkina.

“Wages are recently growing, the economy is stabiliziruemost, the number of vacancies increases. But if three years ago with the salary of 8 thousand hryvnias can be had for a few years to collect a good car, now this salary is enough to to eat properly and to pay the communal without subsidies”, – says Alexander Belous.

Most salary for the last half year have grown “white collar”, says Tatyana Pashkina. 30-35% of “rich” workers of the advertising market, 33% increased the wages of administrative staff, 32% more get accountants. In the automobile business sphere the increase was 35%. Rapidly growing wages and sellers – plus 29%.

According to Prime Minister Vladimir Groisman, the average salary in the end of this year will reach more than seven thousand hryvnias, its growth will be 16%. This will allow not only to compensate for inflation this year, but for a few percent increase in the welfare of Ukrainians.

Who are looking for employers

“Now we need to constantly learn and complete their education. If you sat down and decided “I have enough”, that means salaries will be enough. And now we often hear from the employer that competition forces leave employees who do not have time for the company and hamper its growth. There is such a policy of “up or out” or grow together with the companies or the company is forced to part with you,” says Tatyana Pashkina.

See ALSO: How to earn more and increase their price in the labor market

Requirements for professional development for absolute majority of occupations noted by Alexander Belous. Changing the technical equipment, rebuilt the business model, many companies seek to enter the international market and trying to optimize their costs. 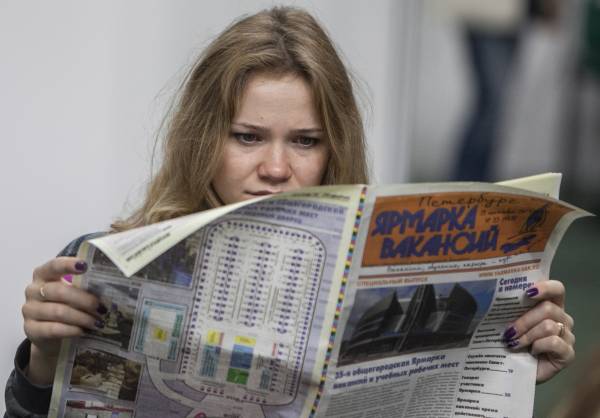 “International studies generally show that over time, the world will disappear, specialty workers who do not use mental labor. That is, if it’s a mechanical work – loader, cashier, sorter, etc. – soon such employee may be replaced by a machine. View, in Kiev, already have self-checkout. There are 10 tablets at the same time their products can penetrate 10 buyers. Pay off the card, and an employee of the supermarket is one of these ten machines, advises and ensures that all received check and paid for everything. On a normal checkout throughput ten times lower, and labor costs are the same – that there is one person at the register that there is one person at the cash register,” says Alexander Belous.

However, in Ukraine at the moment working field – the fastest-growing. “A man with a shovel can earn eight and ten thousand. It is absolutely normal Kyiv salary. But you need to work, just to sit and decorate the office is not obtained”, – says Tatyana Pashkina.