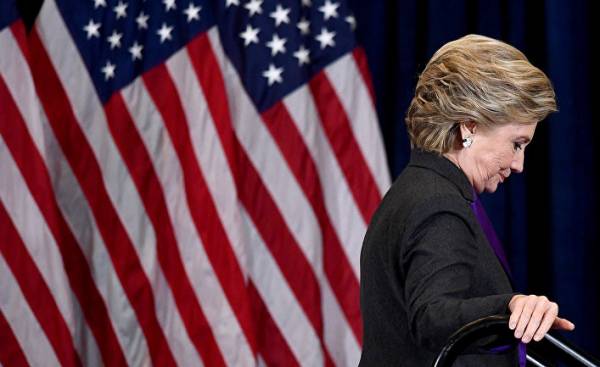 Probably the fate of Hillary Clinton was settled on 5 December 2011, long before anyone could imagine that Donald trump will be a political killer. Unless, of course, he put an end to the era of Clinton.

Let’s start from the beginning, namely, go back a few hundred years ago.

Russia has a long and distinguished history. The formation of the Russian state is rooted in the IX century. In the valley of the Dnieper on the territory of modern Ukraine grew Kievan Rus — extensive, but poorly integrated state.

In the XVI century the focus has shifted to the East, and the current center of power was moved to Moscow.

The first Tsar Ivan IV, who was nicknamed “the Terrible”, was recently honored in his hometown of eagle, East of Moscow (SIC — approx. TRANS.) by installing a monument to him. It was he who marked the start of what would later become modern Russia. The sculpture evokes contradictory feelings. The nickname “the terrible” Ivan IV was for his cruelty. On his orders, killed thousands of his subjects. His hands Ivan the terrible killed his own son.

It didn’t bother Orlovskogo Governor Patomskogo, which last year ordered the construction of the monument. He compared the Ivan the terrible with the current President of Russia Vladimir Putin — in a positive sense.

“We have a great and most powerful President, who forced the world to respect Russia and reckon with us as it once did Ivan the terrible”, — said the Governor.

This self-image was violated when the Soviet Union collapsed. No one expressed bitterness about this so clearly, as did Vladimir Putin, in his speech to the nation in 2005, when he called the country’s collapse “the greatest geopolitical catastrophe of the XX century”. In such a self-important place is occupied by Ukraine. It is the cradle of Russian statehood and the Russian Orthodox Church. To respect the history of Russian, the Ukraine means more than just geopolitical and economic interests.

We are talking about Russian identity. That’s why the orange revolution in Ukraine in 2004 was a great value.

We will return to Hillary Clinton and 2011.

Place — the former capital of Western Germany Bonn. Secretary Clinton spoke at the conference on the situation in Afghanistan. After the speech she asked a few questions. The last one was from journalist Steven Myers (Steven Myers) of the New York Times. The question was about a completely different topic — the situation in Russia after the Duma election.

Hillary Clinton said that she was concerned about whether the elections were conducted correctly. She chose not too sharp or accusing words. However, Vladimir Putin was furious. The brain KGB agent wildly earned, and on the surface seemed demonic conspiracy theories.

Putin felt that Clinton “sent a signal” to the Russian conspirators. He was referring to the tens of thousands of Russians who carried out a peaceful demonstration after the news about the plans of Putin to run for President again. I think that’s when Putin decided: “anyone can be President of the United States. But Hillary Clinton — never.”

A few years later, Putin has found the perfect candidate in us presidents — nationalist who doesn’t love globalization. Skeptical towards the EU and NATO. Admiring the “power” of Putin.

Donald trump is the perfect useful idiot for Putin. This does not mean that he likes to trump all. He just hates Clinton.

What will happen next? Nobody knows. To be continued, as they say in American TV series.