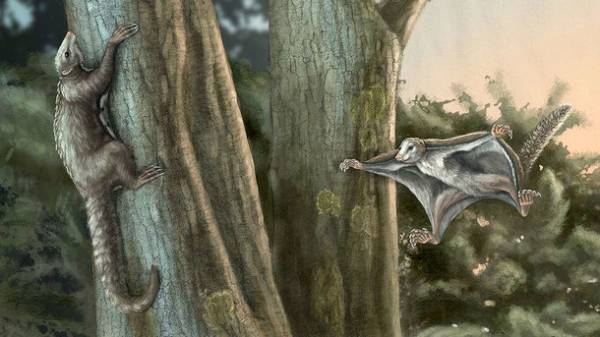 Geological formation of Tiziani in China gave scientists two new species of amazing animals that lived on our planet for about 160 million years ago. The uniqueness of these creatures is that they had a furry leathery folds along the body, which likely allowed them to plan, just like modern flying squirrels, according to vesti.ru.

The types of received systematic names Maiopatagium furculiferum иVilevolodon diplomyos. The first size was similar to modern squirrels, while the second – to mice. They both belong to extinct herbivorous mammals the haramida. This branch of animals has no modern descendants. That is, the above types have the skills of planning for a hundred million years before the purchase of the same capabilities of the modern mammals. 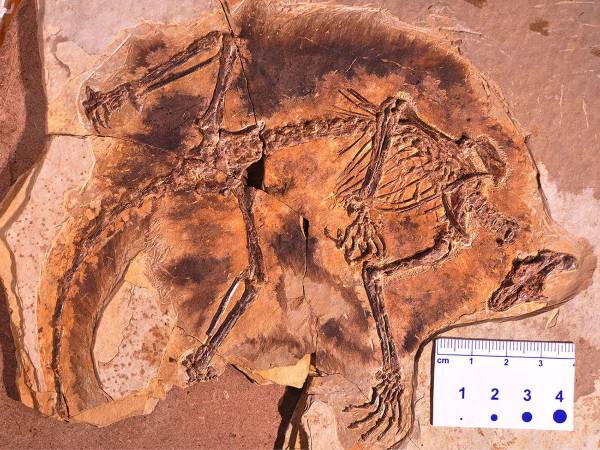 Study finds engaged a team of researchers from the University of Chicago and the Beijing Museum of natural history, headed by Jae-CEE Lo. Thanks peculiar for this area perfect preservation of the fossils, scientists recognized long limbs, between which stretched a fur patagia. They also managed to identify some features of the skeleton animals in the region of the shoulder girdle and forelimbs, which provided ancient flyers needed for planning flexibility.

Fossils contain well-preserved teeth, which gave scientists an idea about the dietary preferences of ancient mammals. By the way, the teeth of these two species are very different – smaller Vilevolodon is difficult coronal part, while Maiopatagium the form of the teeth is much easier. Probably the first used food, things to chew, and the second preferred softer.

More recently, it was assumed that early mammals did not differ a great variety of forms, which meant that they were content with a limited number of ecological niches. In a press release, the study authors note that recent discoveries are telling us that in fact they have successfully adapted to very diverse habitats, despite competition from dinosaurs.

The results of the study of the fossils was outlined in two articles published in Nature.