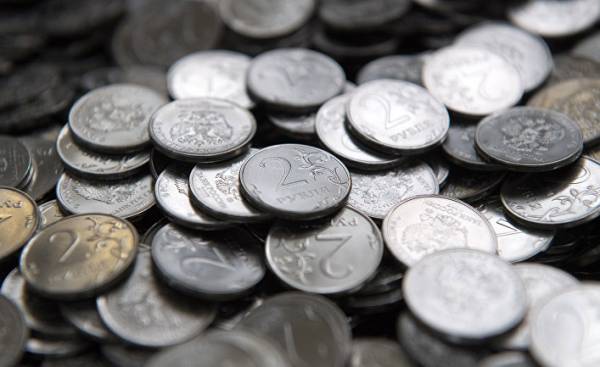 Russian economy on their own achieved a new breakthrough. In the second quarter, GDP grew 2.5% in annual terms — is a preliminary assessment of the statistical Department of Russia, which it announced on Friday. This figure was noticeably higher than that analysts had expected. In the first quarter growth was 0.5%. After two years of recession, starting from the second quarter, Russia out of the crisis yet due to the increase in oil prices. However, since the beginning of the year, has coordinated many countries the decision to restrict mining, and oil prices have developed rather “sideways”. Now the internal factors once again began to play a greater role in terms of growth.

All the important sectors of the economy — excluding agriculture — in the second quarter showed growth. Pulled industrial production (about 4%) and construction sector (about 3%), increased volume of investment and trade. While wholesale trade rose by 10%, which is significantly higher than the growth rate of retail trade. The reaction of the Russians to the economic crisis and rising prices became consumer passivity, the results of which were especially noticeable that personal consumption boom prior to the recession represented one of the most important growth factors. In the period from April to June the growth of retail trade turnover was, however, less than 1%, but this figure is already above the one expected at the beginning.

According to experts, if the recovery of personal consumption will accelerate economic growth for the year could be higher than 1.4 percent, which many predict. Only the agricultural sector, in respect of which are protectionist measures, the second quarter showed a slight drop due to “a period of cool weather” compared to last year’s period. But amid the ruble strengthened markedly recovered import. Its volume in the first half grew by more than a quarter of that in the second quarter led to a slight negative balance of current account of major energy exporters.

In the beginning of the year the statistical office changed the methodology and introduced, including new base year. Therefore, an indicator of a recession, recognized for the period from 2015 to 2016, after the fact fell, respectively, 2.8% and 0.2%. In addition, in April, the Agency was directly subordinate to the Minister of economy Maxim Oreshkin, who has previously complained about the negative data. Despite this, analysts predict Russia’s only medium-term potential growth rate of 1.5% per year. Low productivity and structural problems even in times of high oil prices led to a sharp drop in GDP.