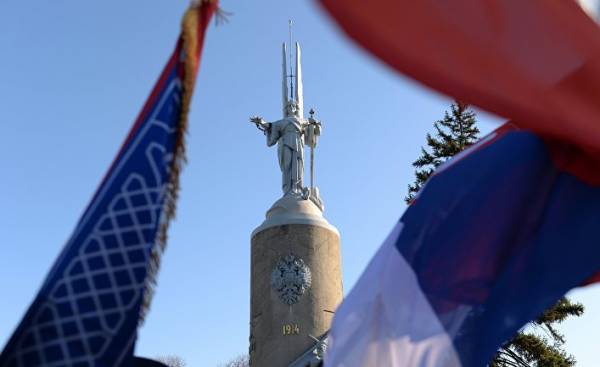 Something secret and inexplicable is, in the spiritual ties of different people, especially if they are so removed from each other as Russians and Serbs. What motivates them to become interested in Russia, to learn Russian language and immerse yourself in Russian culture? On this question there are many answers. His version we were offered our old employee Milan Radovanovic, interpreter and teacher of Russian language at the Department of Slavic studies philological faculty of Belgrade University.

One day teacher of Russian language in one Belgrade high school told students that in life they will need only three subjects: geography, physical education and Russian language. Geography to know where to run, exercise, to be able to escape, and Russian language, to where they are to cope with everything. This joke students usually remembered better than the material.

Russians say in every joke there is truth. And the truth is that Russia really became a haven for many of those whose spiritual hunger is not satisfied with Western values. This was particularly evident two to three decades ago, when the late Soviet Union and early Russian Federation was unattractive in a material sense, was not opened to foreigners opportunities for travel, work, information or profession and did not promise other material goods. And still many in the world have been interested in Russia for purely “metaphysical”, that is difficult to explain reasons. About this inexplicable is probably better all told Serafim, Abbot of the Serbian monastery of the Holy Trinity, in the known transmission “Confessors”. “An important event in my life was that in eighth grade I was awarded for the success of the book “the Brothers Karamazov”… And this book made a big impression on me. I didn’t understand, but realized that there is another world. And then I got interested and read all of Dostoevsky’s works”.

Someone might think that we are talking about the “ordinary” love of literature. But in this case, people were drawn to literature as an art, namely the realization that “there is another world”, completely different from the Western matrix, in which and under which we all live since childhood. This other world is attractive, despite the fact that he is extremely poor and uncomfortable that he promises no protection, no wealth, no career… that was Russia in the early 90-ies, when I (for the same mentioned reason) interested in it. I believe that the need for this “another world” is universal and does not depend on national, historical and geographical factors. But among the Serbs it is more pronounced for several reasons.

The first and most important is the Orthodox faith. Of course, it is the most impressive expression of another world to which we are drawn. And in this sphere Russian and Serbs alike as two drops of water. Only Russian — drop a lot more, but the thrust is small to merge with a large natural. In the modern system of Western values of religious affiliation is perceived as a hobby, so many are not willing to open manifestations and expressions of the depth of his faith in the spirit of the three corona Saint Justin Galickogo questions: “whether you’re a Man? Serb, do you? Have you heard about the Lord Christ?” or the famous saying of Dostoevsky, that he would remain with Christ even if someone was able to prove to him that the truth is not in Christ. But this “perfectionism” we can with a clear conscience to say that Christianity has played a major role in the history of our peoples and countries. We don’t know exactly what said Russian monk to the young son of Nemanja, Rastko, but we see the fruits that have risen from this seed, and at least should not be ignored. In other words, if Russian or Serb (of any faith or an atheist) does not feel a certain reverence for Orthodoxy and Orthodox Christians, he thereby excludes itself from the millennia of its people.

Another reason is the common Slavic origin. Terms of time we are talking about at least two thousand years of intimacy, and from the point of view of space — about the biggest area on the planet. Besides time and space, there is “my simple Slavic soul”, which feels that we are all very similar to each other and in many ways very similar. Unfortunately, the Slavic world is cut along and across various boundaries and divided on various grounds, therefore, the Slavs did not form a monolithic whole, but perhaps it is also one of the properties of the Slavic soul. In any case, a common origin too, it would be wrong to ignore, and the largest and most fruitful branch, which gave rise to the Slavic root is again Russia. It is so large and strong that unwittingly unites all the rest of the Slavs. So this side is of course that the Serbs are like Russian.

The third and most mysterious reason is our common characteristic: we do not accept injustice, occupation and slavery. How and why, is difficult to explain. Do not accept it. In any global discord we were always on the same side. And once again there will be a global cataclysm, there is no doubt that the Serbs and the Russians back together and will, as always, on the same side.

All this praises and not the idealization of the Russian and Serbian people, and my own attempt to explain himself, “the power of magnetism”, with which Russia has attracted many people and in particular Serbs. In General, if we are talking about the idealization, it is best here to quote the late father Basil Tarceva, many years, the former rector of the Russian Orthodox Church in Belgrade. In the early 90s, I was one of those fans of Serbia, which he brought to Russia, and on the way from the airport in Moscow told us: “We came here to visit Alyosha Karamazov, but don’t be surprised, if faced with Smerdyakov. He, too Russian”. Truly Golden words! But it is silly to base your attitude to the Russian, even based on the average representatives of the people with whom we were familiar, or have heard about, but even more so — for the worst. By the way, the same applies to us, because Serbs have their mediocrity and their smerdyakovs. If you idealize all the representatives of the people, inevitably sooner or later be disappointed. But perhaps this remark is superfluous, because it probably implied.

What is more important. Russia is impossible to know without the Russian language. At least not in the context of which is in question here. No matter how good a translation Negosh into Russian language, there is no trace of njegoš, which we know and feel. Same — knowledge of Russian without Russian language. The door to the “other world” just slightly parted. Learning the language and “absorbing” masterpieces of the Russian people in the original language, we widely open these doors, and eventually mending fences, that is, become part of a much larger and rich in spiritual space, the end and edge which is not visible. 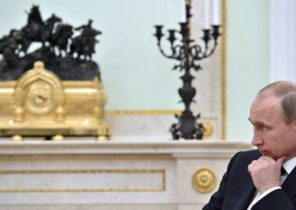 Media is more dangerous than Putin?