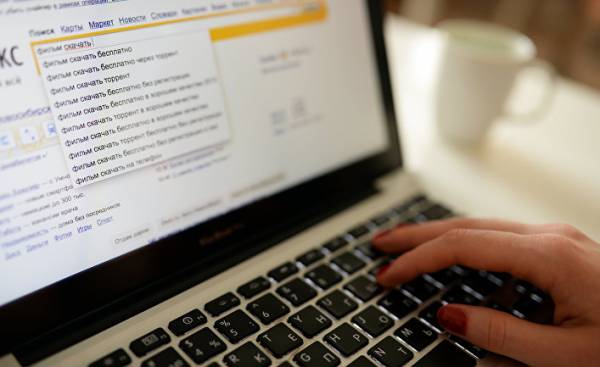 A few days ago Vladimir Putin issued a new law, under which Internet service providers in Russia is forbidden to use VPN services. Almost simultaneously it became known that the company Apple has blocked the VPN apps for the Chinese market. What are you talking about? Here are the key questions and answers.

What is a VPN?

Virtual Private Network — virtual private network connects the computers and other gadgets that allows the exchange of data. Arising due to this, the network is not public and private. The virtual component of a VPN is that it does not exist physically in the form of cables, and is created in the Internet using VPN software. This creates a network within the network.

Why VPN apps are important?

Networks allow you to work outside of the office. Anyone who wants to work from home on a corporate network, must create with the help of VPN software an encrypted connection with the server, a VPN tunnel. Its main purpose is to identify eligible persons with registration with a user name and password.

In General, the rule is he who goes on his computer to the Internet, fixed by means of your IP address and transmits the thus and their approximate location. If the user goes online through the VPN tunnel, the software replaces the IP address of the user address of the VPN provider. Hence the second advantage private network, it hides your identity. This is the main reason of using VPN servers for dissidents and residents are not legal States. So, it is relatively safe to go on sites blocked in their countries.

Besides, one who relatively regularly uses WLAN, VPN can protect your privacy. Encrypted connections are also encrypted and private requests.

For whom problems may arise?

Companies like American streaming service Netflix uses the so-called geoblocking, i.e. a technical lock to make an offer variable. In the United States offer more movies and series than in the German version of Netflix. Therefore, some subscribers use VPN application to simulate their presence on the territory of the United States. Netflix last year took action and blocked a number of VPN servers. Rationale: the streaming service gets from the channels and studios, that is of the authors rights to distribute films and TV series. Some of these licenses are restricted to specific regions. If Netflix won’t block VPN in some countries, then it can be licensed disputes with rights holders.

Library and TV app German channels, partly to not allow you to broadcast German transmission via a WLAN connection. The EU has accepted the decision to cancel the EU blocking of specific countries, but consumer advocates criticize the fact that the regulation applies only to paid streaming services and not Mediateka.

Why is Apple so upset?

Chinese government in January announced that all VPN providers servers must have a state license. The Ministry of industry and information technology said that the rogue network are actively prosecuted and cautioned international companies from domestic use such servers. From February next year, the telecommunications providers should allow individuals access to the VPN servers. Thus, the American company probably felt the pressure: China after the United States is a major market for Apple.

Apple removed a number of VPN apps from Chinese app store to the Chinese could no longer use this path for access to foreign Internet sites. Critics say the attack on freedom of opinion and information — the Chinese government is using the ban and the support Apple does not allow the Chinese to get information from independent and critical of the regime sources. Apple’s decision might be related to the fact that the company soon plans to open large data center in China — as part of a multi-billion dollar investment campaign.

How to bypass the lock?

Hardly. Google in China no, users can purchase apps for Android OS using shops own brands, Huawei and Xiaomi App Market Appstore. However, it is possible to access the us Apple Appstore and there to download the necessary software. The guide can be found on specialized websites.