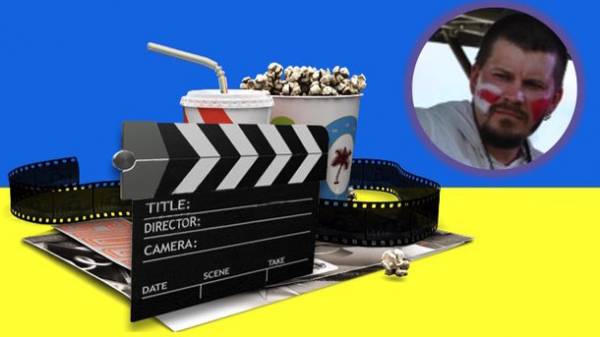 Ukraine is one of the favorite locations for the filming of many famous Directors and filmmakers. This year the shooting schedule, all the cities are very dense. Not looking at the military situation, even shooting in the Luhansk region. Polish musician Artur Prosowski told about the most interesting projects shooting in Ukraine this year.

“In the last 20 years, Ukraine has produced more than a dozen American, European and Asian paintings, in addition to numerous music videos and advertising companies world fashion houses. And this year in Ukraine is booming. This is due not only to budget filming, which is great because every producer is looking for something cheap, but also with a variety of unique, we can say more off the beaten track locations. Ukraine has everything – mountains, prairies, sea, winter landscapes, luxury villas and poor neighborhoods. Yes there are, how many clips and movies of the Kiev metro! One of the last such bright, was advertising campaign for the fashion house Lacoste, which was shot at the metro station “Vydubychi”. In the clip, the British rock band “Nothing But Thieves” new song “Sorry” you can see the Ukrainian inscription “Tyre,” – enthusiastically tells the Polish musician Artur Prosowski.

The musician told about planned projects. One of which is a high budget film “So much love” by Italian Director Christian De Matteis, known for cult TV series “the octopus”.Prosowski noted that if earlier the foreign Directors had to choose between Russia and the Ukraine, now the choice is not worth it. “In Russia, though a lack of scenery and interesting places, but bureaucracy and corruption discourage any desire of foreign producers,” – said the musician.

A landmark project, notes Prosowski will be a screen adaptation of the film company Star Media books of Andrei Kuzmenko (Kuzma Skryabin) “I, Victory, and Berlin.” Shooting will begin this year, and the very picture of the plan to present Odessa international film festival. Also this year, Star Media will make the continuation of the costly international series “Oriental sweets”. Shooting a new season again will be held in two countries – Turkey and Ukraine.

Now, despite the military situation, with the support of the state in the Luhansk region are shooting the film based on the novel “Voroshilovgrad”, by the way, recognized the best Ukrainian book of the decade – according to the literary prize of the Ukrainian air force. The product also received the Swiss literary prize of the Foundation Jan Michalski.

Prosowski noted that the Ukrainian government is making efforts to develop the domestic film industry.

“A few days ago, in late July, the State Agency of Ukraine for cinema supported the project by taking pictures on the territory of Ukraine historical action based on the story of Ivan Franko “Zahar Berkut” and allocated 30 million hryvnia. This is a significant help considering that the film’s budget of 75 million UAH. I would like to debunk the stereotype that Ukraine does not know how to make a movie. For example, the Director of the upcoming film “Zakhar Berkut” Ahtem Seytablaev – from Ukraine at the 52nd international film festival in Karlovy vary, he received the award For “best Director,” commented Prosowski.

Ukraine popular, love her and want to shoot here. The country, which is Kiev, the Carpathians, Lviv, Ternopil, the island is a storehouse for the world’s filmmakers. In addition, for Ukrainians, it and employment at the time of filming, and earnings in the service sector (hotels, restaurants, etc) and establish creative ties.