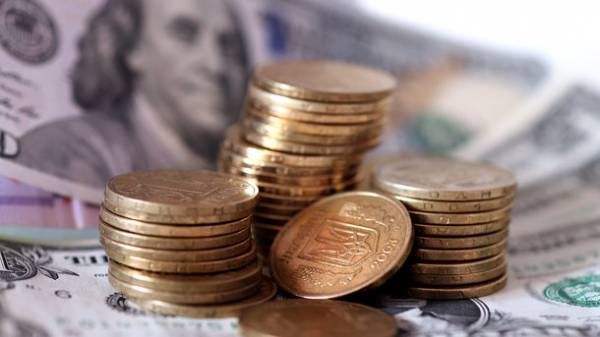 Today, March 20, the national Bank of Ukraine (NBU) has established such rates of major foreign currencies against the hryvnia:

Thus, the dollar exchange rate in comparison with the values Friday, March 17, fell by seven cents.

The Euro fell by four pennies after the rapid growth by 38 cents in one day. The Russian ruble is “recovered” for one penny.

On Friday, March 17, the dollar on the interbank currency market of Ukraine decreased by eight cents and fell below the psychological mark of 27 UAH/USD. The auction ended with quotes of 26.88 – 26,92 UAH/USD. Today’s auction has not started yet.

Analysts believe that the transfer of the IMF tranche is not much, but the effect on the hryvnia exchange rate. In the Memorandum with the IMF recorded an average annual clearing rate higher than the current levels of 27.2 UAH/USD.

Yesterday the issue of Ukraine, is scheduled for consideration on March 20, disappeared from the agenda of the meetings of the Board of Directors of the IMF. Now the agenda is painted to 24 March and Ukraine in it.