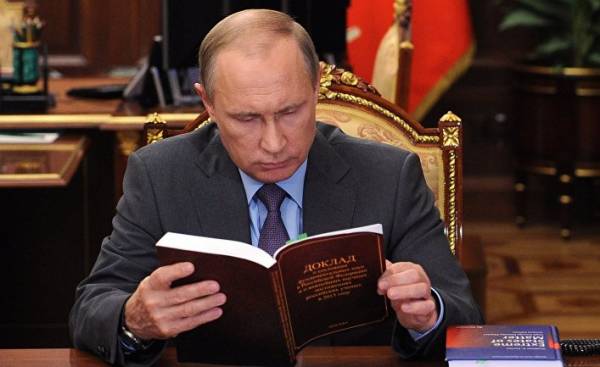 Somebody may be surprised, but Russian President Vladimir Putin is well versed not only in such matters as tactics of intelligence, diplomatic etiquette, or the ability to occupy the border territory of other countries. The master of the Kremlin also has academic degree: 1997 University of his native St. Petersburg has recognized the candidate’s dissertation for his signature. The work was dedicated to the Russian natural resources and their role for the economic development strategy of the country.

But in matters of mining understand not only normal companies, but Putin and Co. Vladimir Litvinenko, since 1994, occupying the post of the rector of the Mining University, has since become a billionaire. His daughter says that he personally wrote the future President at his dacha. In this regard, there was also suspicion of plagiarism.

Litvinenko is unconditionally the highest-paid University President in Russia, although it is unusual for his job economic activity: the 61-year-old Litvinenko controls 19% of the shares of the company “FosAgro” engaged in the production of fertilizers.

This package of shares, as reported by the newspaper “Vedomosti”, worth over a billion dollars. Litvinenko, has repeatedly worked in the election headquarters of Putin in St. Petersburg for several years, continually increased its stake in the company. How he got at their disposal the first action is not entirely clear. Presumably, in the beginning of the zero years, he was able to benefit from the exclusion of these securities from Mikhail Khodorkovsky, who was the co-owner of PhosAgro. The oligarch, as we know, was a political opponent of Putin, and its group companies were eliminated through the efforts of the Kremlin.

At the same time, individuals and companies that support Putin and his old friends can count on financial benefits from this. Thus, the enterprises of his longstanding comrades Arkady Rotenberg and Gennady Timchenko, as well as son-in-law of Putin, Kirill Shamalov — by the way, the youngest billionaire in Russia — get huge government contracts.

By the way, this could be a good topic for a new thesis — that’s just what University will agree to this?