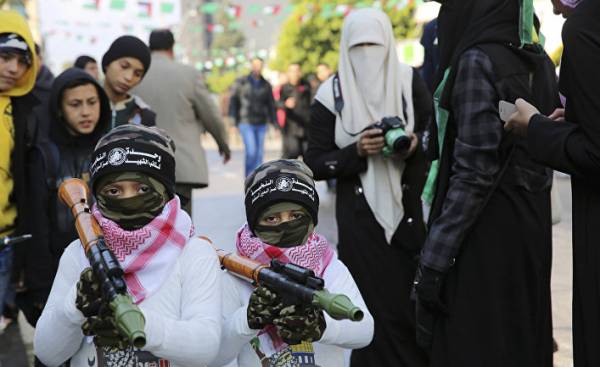 The Gaza strip is back on the map of international concerns. That was never a good sign. In any case, to talk of an unavoidable conflict it is still too early. Today, it seeks neither the Israelis nor Hamas (which controls the region since 2007), albeit for different reasons. Huge price, unpredictable duration, of unknown outcome. However, tinderbox is filled: it remains only to understand the source of spark and the length of the wick.

The situation in Gaza is calm since operation protective edge of summer 2014. In the side of Israel when it was released about fifty missiles (mostly Salafi groups and no serious damage) that resulted in the answer the Israeli aircraft. While the locals rebuilt the destroyed house under Israeli and Egyptian blockade, Hamas was preparing an update for its leadership and ideology.

Anyway, the balance has remained the same: two million people in prison under the open sky, the confrontation between Fatah and Hamas, tough and vigilant policy of Israel without a long-term strategy. A new element, a stone in the swamp was the desire of Donald trump to resume negotiations between Israel and the Palestinian national authority, calling the Hamas a terrorist organization as “Islamic state” (banned in Russia as a terrorist organization — approx. ed.). The President of the Palestinian authority, Mahmoud Abbas, can not boast a wide field for maneuver. He understands that he needs to provide guarantees and to support the regional fight against terrorism was talking about trump in Riyadh on may 21.

The escalation between Hamas and Fatah

April Abu Mazen (alias Abbas) was the start of escalation in relations with Hamas, struck in the portfolio movement. He ordered reduction (30-50%) of salaries of officials in the Gaza strip, which still provides funds Ramallah, despite hosted the Hamas coup in 2007. Then he decided to refuse the full payment of the Israelites monthly electricity bills, which comes stranded in the blockade of the Palestinian territory.

The Netanyahu government has taken an equally uncompromising stance, reducing the supply by a third. After the complete stop of the local power plant two million Gazans can use electricity only three hours a day. Real torture, not to mention the environmental disaster with the release of wastewater into the sea.

You can talk about the desired reforms in the energy sector, necessary investment, diversification, financial responsibilities of each party. Anyway, now everything depends on politics. Old Palestinian “king” Abbas (he is 82 years old) plays one of the last parties. It manifests itself in the diplomatic and internal level: the openness to Washington and the Israelis (no more pre-conditions for dialogue and international initiatives against Israel) with a parallel attack on Hamas.

“Abu Mazen ten years was extremely helpful with Hamas, says Ghazi Hamad, who is responsible for international relations in the Islamic movement. But now he takes his whip and pushes us into a corner to force reconciliation. Our options are limited, but this strategy won’t work.” The Israeli defense Minister Avigdor Lieberman, in his turn, said on 22 June that Abbas “wants Hamas obeyed, but hoped that we will be drawn into the conflict in Gaza”. In other words, Abbas is cynically trying to shift the elimination or at least weakening Hamas on the shoulders of the Israelis.

Mohammed Dahlan — the Savior of Gaza?

Although Hamas and sandwiched in the corner, it refuses to lay down arms and to hand over the keys of Gaza to the PNA, despite the obligation to support the formation of a government of national reconciliation. Anyway, the room for maneuver of the movement is getting smaller. The construction of “high-tech” fence along the entire sector should allow the Israeli army to reveal the tunnels that they dig Hamas activists. As a result, it will lose significant leverage.

The movement does not seek conflict with Israel and looks in the direction of Egypt and the Palestinian unexpected ally Mohammed Dahlan. Former head of preventive security in the Gaza strip participated in this capacity in the settlement of the bloody clashes between Fatah and Hamas in 2006-2007, and has long been the object of hatred in the region.

Today, however, he wants to be the Savior of Gaza, the mediator in the talks with Egyptian President Abdul-Fattah al-Sisi. The priority for him is to supply large amounts of fuel. June 21 was delivered about a million gallons. Dahlan hopes that Egypt will open the crossing point in the town of Rafah to break the stranglehold around Gaza.

This convergence of the interests of Hamas and Dahlan (2011 he was expelled from Fatah) may exacerbate the split between Gaza and the West Bank of the Jordan river, undermining the possibility of a political settlement of the Palestinian question. Abbas declared his opponent a vendetta. In November 2016, he spent the seventh Fatah Congress, the priority of which was the removal of Dahlan supporters.

Held under the full control of the Congress Abbas confirmed his inability to accept the presence of dissent, and prepare successors. Held exclusively on the West Bank of the Jordan river, municipal elections 13 may become the object of classical arrangements that allow you to hide the unpopularity of the Palestinian authority and its leader. At the moment Abbas is recognized by Washington as the only legitimate partner. Whatever it was, he thereby condemns himself to an endless solution to the issue of occupation and work in a mirror reflection of Netanyahu. 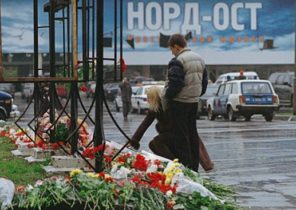 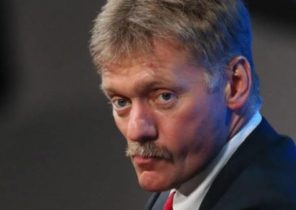 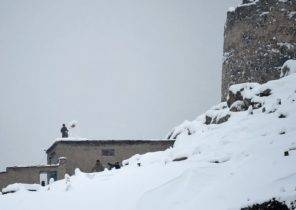