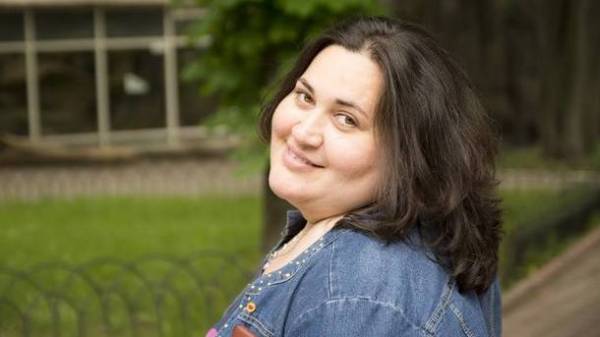 — What is the situation with adoptions in Ukraine?

— This topic is still tabourets people. Some parents hide that adopted a child. But civil society organizations working in the sphere of orphanhood, a lot of talk about the dangers of the secrecy of adoption. They invite experts and psychologists who meet with parents and explain that adoption is another way to become a parent, it is exactly the same as birth. Tell you that adopting two or three children is an opportunity for brothers and sisters to be together. Share stories of adopting children with diagnoses, how they can be overcome. We have seen cases where a family adopted a child with cerebral palsy — and it’s not so bad.

— To see if the adoption of fashion, not the conscious demand of people?

— No. If it became a fashion then we would see a national surge of adoption. Families would be taken of any children, without training, without knowledge and understanding of their history. Now adoption is not fashion, but a deliberate choice of the people. This is a very serious step: the change of life in all things, dedication to the child understanding that the child can be special and have to live with it. Our people have to consciously go for adoption of children with special health and development. I have since 2007 been prepared of a group of parents and I can say that more and more Ukrainians consider children with diagnoses for adoption, if the diagnosis is clear and the government will be able to support.

— How people themselves explain their decision to adopt a sick child?

— In the process of training parents in the application form write which child they would take. Some are ready to adopt a child with a medical problem that requires correction. They say: “We are not afraid of HIV, and asthma in child, we are not afraid”. Other adoptive parents tell us: “We took the child — and he has a whole bunch of diseases.” We ask them: “do Not you scared?”. They say: “No. This is our baby, we will fight”.

See also: Myths and truths about adoption in Ukraine: what challenges will be faced, taking the child into the family

— Obstacles encountered by those adopting weighted the decision about adoption. These people long and meticulously looking for the child all report that no children, or say that they’re only for big money. And when asked which child they are ready to take the family, as a rule, it is about the child up to 6-7 years without arrested development, with a prosperous social history. Such children in the public care no. The state has a duty to check potential adopters, it must be convinced that the person is able to raise the baby, keep it. Is that officials almost sabotaged the adoption process. Boarding schools are scared of what will not work. But they can be a good base for consultation for adoptive parents.

— What needs to change in the method of adoption?

— There are many nuances in the preparation of biological children to the foster ward — that this is just not enough. Native child still does not understand what is going to happen, but he agrees to the adoption of the child in the family, and he certainly not realizes that there will cardinally change everything. Parents spend a lot of time a foster child, he has special needs. And what about the biological reason that “He loves us and understands everything”. Parents must not forget their own child and about their relationship to the family is not broke.

— As it is now is working with children from the combat zone?

— If children are refugees have experienced horrific events with their loved ones, then it is easier for them. A parent can comfort and create a sense of security even in such terrible conditions. And the children who were brought to Kiev alone, are in limbo: they don’t understand what’s going on at home, I don’t know, they will see parents or not. Their behavior is changing, there is a lot of anxiety and tension. For example, I worked with groups of adolescents from the city Happiness (Luhansk region). They honestly say: “We are afraid and do not love your metro!” It turns out that when the carriage slides on the rails — sounds like the shots. Volleys of fireworks and people in uniform will immediately cause children anxiety. We taught them how to control it. Classes are organized by Rinat Akhmetov’s Foundation. 250 were selected psychologists, social workers, teachers, doctors, and trained on the course “Trauma of war”. They then taught the children how to cope with stress. The program was quite effective.

— Tell us about the role of the Fund in the field of working with children in Ukraine.

— Rinat Akhmetov’s Foundation has made to adopt most importantly — popularized it, removed the taboo. Was lifted the veil of silence and myths, started an open conversation about adoption, appeared in open access photos of children-orphans. The main thesis of the work: “If you want to be a parent, you can adopt a child.”