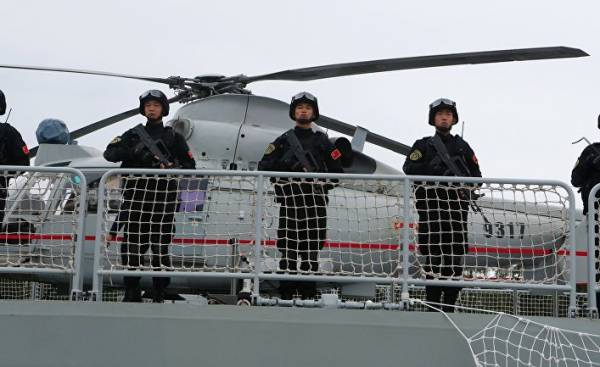 Russia and China are ready to begin the active phase of their first ever — joint European naval exercises on the Baltic sea.

These — a sign of a strengthening strategic partnership between the Kremlin and Beijing. For Navy people’s liberation army of China military exercises “Sea interaction-2017” became an opportunity to demonstrate the global scale of its operations and support strategic partner. For the Kremlin, they have the opportunity to show the world that Moscow, despite its isolation from the West, remained friends, if not allies.

“The first stage of the Russian-Chinese naval maneuvers “Sea cooperation — 2017″ will be held from 21 to 28 July. It consists of two phases — the coast, from 21 to 24 July, and the sea, from 25 to 28 July,” said the news Agency TASS, the official representative of the Baltic fleet Roman Martov.

“In the history of relations of Russia and China this is the first visit of ships of the Navy of this country in Baltiysk”.

China sent on exercises in the Baltic sea, three ships — destroyer type 052D “Hefei”, a type 054A frigate “Yuncheng” and support vessel “Laahu”. The Russian Navy present the modern corvettes of the project 20380 “guarding” and “Courageous”. From the Russian side participation in the event will be anti-submarine helicopters Ka-27 the Kamov design Bureau and the Sukhoi su-24 the Sukhoi design Bureau.

While the teachings emphasize the rapprochement between Moscow and Beijing, the official military Alliance, according to Russian and American analysts, it is not.

“A full Union means a written undertaking to provide each other military support. It is unlikely that such a Treaty will be signed in the foreseeable future. However, the real level of defense cooperation and political coordination corresponds to the level of the Union,” said National Interest senior researcher, Center for comprehensive European and international studies of the Moscow Higher school of Economics Vasily Kashin.

Retired rear Admiral Mike McDevitt (Mike McDevitt), senior researcher of the Center for naval analysis, told the National Interest that, despite the convergence of Beijing to Moscow, a new strategic Alliance between them unlikely.

“They are getting closer, — said McDevitt, but no one I know of experts does not believe that the case goes to a formal Union. None of the parties are not willing to go beyond the “strategic partnership””.

From the Russian point of view, to develop cooperation, the Kremlin and Beijing are pushing organized by the United States and other Western countries the change of regimes in different parts of the world and the expected encroachment of the West into the Russian sphere of influence in the former Soviet Union. China, for its part, has its own reasons for dissatisfaction with the US-led liberal world order, which some political scientists of the realist school is also called liberal hegemony.

“If not for us pressure, the parties would maintain a close relationship, but trying not to bond too tightly”.

It is unclear how closely the Russians and the Chinese will interact during the exercise.

“If we talk about the teachings of the anti-aircraft and anti-submarine warfare, it is very likely that Russian and Chinese will opt for a fully srezhissirovannyj events — partly safety reasons, partly so as not to disgrace and not to show himself badly, and partly so as not to give the other side an additional operational information,” says McDevitt.

“In any case, you should also consider that in reality the exercise is usually in the way of language difficulties. However, whatever it was, available to the public level and judging by the statements of official representatives of the parties involved, these exercises are remarkable in its scope and complexity as well as realism and a wide range of operations.”

Although Russian-Chinese exercises definitely have practical military value, leaders in Moscow and Beijing and also send with them the West’s geopolitical signal. Both great powers intend to obstruct the United States and its allies and naval operations from its shores.

“This is a fundamental issue. More than 70 years ago Spykman Nicholas (Nicholas Spykman) wrote that the dominant sea power can dominate only if it controls the “marginal seas” around Eurasia,” said National Interest Professor of strategy naval war College USA James Holmes (James Holmes).

In fact, Moscow and Beijing to inform the world that the era of Western and especially American Maritime dominance is coming to an end. However, it is difficult to say how robust is the partnership of two great Eurasian powers. In the past Moscow and Beijing had an uneasy relationship. In Soviet times, tensions between them are almost degenerated into open war.

“They announce the imminent end of the era of Western Maritime dominance. Plus as an added bonus — the Fleet of the PLA shows that it could be effective very far from their native shores, and Moscow and Beijing have the opportunity to demonstrate unity,” said Holmes.

“Many people, including me, doubt the strength of Russian-Chinese agreement in a long-term perspective. Perhaps we are right, but Russia and China show that in the short term, they can create a lot of problems.”

The Director of the program “Russia and Eurasia” Center for strategic and international studies Olga Oliker (Olga Oliker) agreed that the Sino-Russian naval exercises is a kind of signal. However, she believes that Moscow and Beijing signaled different.

“In my opinion, it is important to understand what shows which countries. From the point of view of Russia, of course, this is a normal reminder that this was her neighborhood, where she will be teaching. The involvement of China makes it clear that Russia has friends, if not allies,” says Oliker.

“The participation of China more interesting. It’s amazing how China will shortly become the country that does not conduct joint exercises in the country, guiding ships into the Baltic sea. To some extent this is indicative of the support of Russia and its right to defend its sovereignty and act in the waters that lie close to its territory. I believe China, in addition, makes it clear that he, too, has territorial waters and that it is also a global player. But I wouldn’t have to assume that China is prepared to get involved in any European adventures Russia, if she will take”.

For the United States this means that Russia and China closer together with the aim to challenge the global dominance of Washington. Traditionally, the United States seeks to prevent the establishment of a regional hegemony or the occurrence of a Union able to dominate Eurasia. Unfortunately, American foreign policy in the last 25 years inadvertently pushed the two former enemies to cooperate, which may be the outcome. 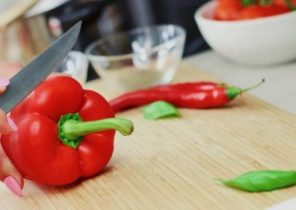