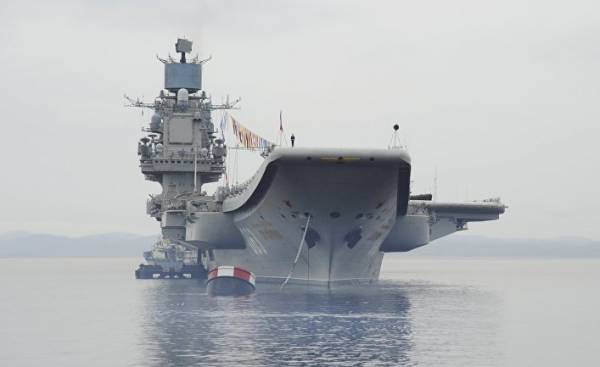 In 2015, Krylov state research center dedicated to shipbuilding and related activities was shown a model of an aircraft carrier in the international naval salon in Saint-Petersburg. Only a few weeks ago, Vice-Admiral rear Admiral Victor bursuk, the Deputy commander of the Navy of the Russian Federation, confirmed that the project development continues. Although Russia is silent, that it only dreams. Technical, economic and strategic reasons, this project is likely not destined to be realized.

The original project, Krylov state research centre 23000E called “Storm” and has novel characteristics. Its length is 330 meters, width — 40 meters, a displacement of over 100 tons. The design of the deck allows to carry out simultaneous take-off and landing aircraft. In addition, unlike aircraft carriers class “Nimitz” and “Ford” has a launch installation ‘sky ramp’.

In accordance with the project, the ship will be equipped with four catapults — two steam and two type EMALS and braking system during landing. The superstructure is divided into two separate captain’s bridge, as on British carriers of the Queen Elisabeth class. There are four lifts to / from the hangar, three on the starboard side (in front, between and behind the captain’s bridges) and one on the left side. The crew will consist of about four thousand sailors, and pilots. On the aircraft carrier can accommodate 80 to 90 aircraft and helicopters.

The model of the wing carrier-based aircraft consists of MiG-29K and the naval version of the aircraft T-50, as well as helicopters of various types. With catapults, the aircraft carrier can carry on Board aircraft that was underscored when on the upper deck showed the aircraft early warning similar to the Grumman E-2 Hawkeye, which protects similar American and French court.

For the current project the vessel is equipped with a standard power plant that will allow to develop the speed up to 30 knots, however, there is a possibility of its replacement by a nuclear engine. Lately there are already two nuclear reactors that will free up considerable space for aviation fuel, equipment and ammunition, and to increase the military utility of the aircraft carrier.

On 23000E the Storm was not expected to set their own arms in addition to the two naval defense systems. In this regard, he will need a large group of escort ships that provide anti-aircraft, anti-ship and anti-submarine defense. The carrier group will have the ability to project power on a global scale.

Soviet and then Russian Navy has never had such capabilities, although during the cold war, the Soviet Union developed a plan to create the ocean carrier battle group. Soviet design was different from the West. They were based on increasing the size of the deck on missile cruisers, which possessed a large anti-submarine strength.

The class helicopter carrier “Moskva” (two), missile cruisers with the aircraft vertical takeoff class “Kiev” (four) and medium-sized aircraft carriers “Admiral Kuznetsov” (the one in the Navy of the Russian Federation, the other sold to China) were stages of the creation of the first nuclear Soviet supervisores class “Ulyanovsk”, one of which was laid in the late 80-ies.

“Ulyanovsk” was developed on the basis of the project “eagle”. Its displacement was to reach 75 thousand tons. It was assumed that it will house 60-70 aircraft. That is, he was more than “Admiral Kuznetsov” and “Charles de Gaulle” but less than “Nimitz”. Housing built on 40%, but then cut in connection with the collapse of the Soviet Union. The dream of ocean-going carrier battle group and wasn’t meant to be.

Currently, from aircraft carriers to the Russian Navy in its composition only experienced “Admiral Kuznetsov”, which during the recent campaign in Syria showed its limitations, and its potential use.

“Varangian” Russia sold China, who made him his first aircraft carrier and was given the name “Liaoning”. “Admiral Gorshkov” (class “Kiev”) Russia modernized and sold in India. Now he carries the name “Vikramaditya”. A couple of aircraft carriers (“Kiev” and “Minsk”), remade in China in museums — that’s all that remains of the large-scale plans of Soviet times. There are indications that this situation will continue, no matter what the representatives of the Russian Navy.

It should be noted that the benefits from the creation of a carrier battle group for a land power like Russia, is highly questionable. A strategic priority for Moscow has always been the protection of its own borders, which is justified by the course of historical development. Because of Russia’s borders not protected by natural barriers, it is constantly at risk of attack, and that happened quite often. The last war with Nazi Germany cost Russia 20 million lives. Thus, the ability of power projection on a global scale, although it is tempting for a superpower, is not vital to Russian interests.

And the strategic importance plays a key role, especially in difficult for the Russian economy. The cost of the project 23000E Storm will exceed five billion dollars. The country is unlikely to allocate the money exclusively for the sake of their prestige. Russia is now experiencing difficult times in connection with the fall in oil prices, which reflected in a significant reduction of its military budget. 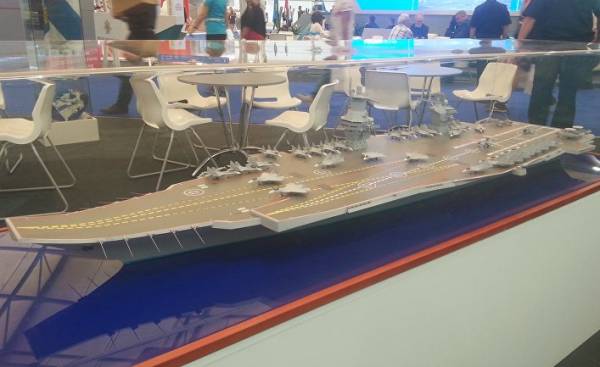 The military budget 2017 has been reduced by 25% compared with last year, which makes allocations more carefully. Especially if to take into account that the content of the shock carrier battle group far exceeds the cost of the ship. The message about the development of funding not secured project with the goal to cause the demand for it in Russia is called self-PR. Now the country cannot even carry out a deep modernization of its only aircraft carrier “Admiral Kuznetsov”, which in coming years will be delivered for repair, but will not receive modern equipment.

Even the sale of the aircraft carrier India does not pay in the near future investment. Let’s not forget that in light of the history of the “young Vikramaditja”, whose reconstruction of the aircraft carrier “Admiral Gorshkov” was delayed by almost ten years with the increase in the agreed price almost 300%, and India’s decision to develop its own shipbuilding (now under construction is the aircraft carrier “Vikrant”, a draft of the nuclear supervisora “Vishal”) India is unlikely to decide to purchase something from Russia. At least, from this class of ships.

But even if I somehow managed to sell the ship and to obtain the necessary funds, the project 23000E “Storm” in its current form exceeds the capabilities of the Russian shipbuilding industry, at least at the present stage. All the former Soviet aircraft-carrying ships, including the “Ulyanovsk” was produced at the Nikolaev shipyard in Ukraine, which is now Russia rather tense relations, with the result that she is unable to place their orders.

None of the Russian shipyards are not able now to build a body of this size (with a displacement over 60 thousand tons). This requires the expansion of production capacity that will take time. Another possible solution was the construction of two vehicle parts, which are then put in the dry dock of shipyard “Sevmash” — the only one that has such capabilities, although such operations it is not produced. The cost of any capacity expansion will automatically increase the cost of the carrier.

Russian industry has other problems. A significant part of the Soviet defense industry, especially those that produced weapons and electronics, was in the Donbas (Ukraine), where now there are fights. To fill the gap, Russia needs to develop its own production. Develop electromagnetic catapults EMALS cost a considerable amount for the US and China, and it is still unknown whether China will use them on future ships.

In addition, it is assumed to set to “Storm” two nuclear reactors, developed on the basis of those that set on the future destroyers of the class “Leader”. Their construction must begin between 2018 and 2019. But the construction of the “Leaders” postponed at least six years (some would argue that even more), in which the nuclear installation will be ready not earlier than 2020. This means that in the best case, Russia will be able to get their first “Storm” by 2025, unless, of course, by this time the naval aviation will not have to scrap it due to inactivity. The most likely scenario is that, despite self-praise, Krylov state research center and a statement of Deputy commander of the Navy of the Russian Federation, the Russian nuclear supervisees will remain only an interesting project. 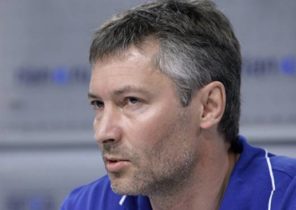