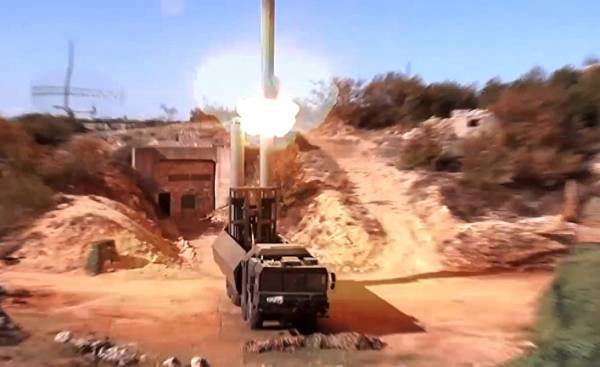 Cooperation with Russia is becoming a Central element of counter-terrorism strategy of the administration trump in Syria. The us military hopes that Moscow will try to prevent Syrian government forces and their allies on the ground to impede coalition operations against militants of the Islamic state (a terrorist organization banned in Russia — approx. ed.).

Never related to each other, the conflict in Syria is now closely intertwined on the battlefield. Plan administration essentially involves the division of Syria into zones, which can act only specific players: the fighting President Bashar al-Assad — supported by Russia and Iran — with the rebels who want to overthrow him, and the war of the coalition led by the United States against the “Islamic state”.

Some members of Congress and White house officials believe this strategy is shortsighted, pointing out that in the long run it will greatly strengthen the position of Russia, Iran and Assad in Syria, and ultimately will give the broken Islamic state the opportunity to regain their strength.

According to critics, neither Russia nor Iran can not be trusted because they have repeatedly violated the terms of the agreements. According to them, the U.S. will be continued civil conflict in Syria, the settlement of which through negotiations is another objective of the us administration.

Negotiations between the U.S. and Russia continues, despite the fact that this week, Congress took another step toward imposing additional sanctions against Russia and Iran. The individual points of this strategy was outlined last week during private briefings for members of the house of representatives and the Senate by the Minister of defense of Jim Mattis (Jim Mattis), Chairman of the joint chiefs of staff Joseph Dunford (Joseph F. Dunford) and Secretary of state, USA Rex Tillerson (Rex Tillerson).

The administration did not hide that its main goal in Syria is to destroy the “Islamic state” is a key priority, after which there follow paragraphs associated with long-term stability of Syria.

From his immediate predecessor, President trump is distinguished by the fact that he was himself to make military decisions about how to fight against the “Islamic state”. The result was significant progress in the offensive against the terrorists and cooperation with Moscow that allows you not to mix civil war between Assad and the rebels and fight ISIS.

According to the boundaries on the map of this conflict, the US and its allies must agree that Assad will control most of Central and southern Syria West of the Euphrates with a few agreed exceptions, as reported by us officials, who wished to keep their names secret. In exchange, as soon as captured the actual ISIS capital of raqqa, coalition forces led by the US will move down the river and establish its control over the surrounding villages up to the Iraqi border.

Some administration officials believe that instead to cooperate with Russia, the United States must be installed in the protected wilderness strongholds, to prevent Iran from further expanding his influence. In their view, if we admit free of military presence of Iran in the desert in the South of Syria, this will give Iran the ability to create in Syria a land corridor to support Hezbollah. The Pentagon, which did not agree with this point of view, apparently, won a victory in this dispute.

Line “deconfliction” passes to the South of Raqqa, where U.S. planes and advisors to assist in the occurrence of local forces that America trained and with which she provided the weapons. Supported by America forces control most of the territory to the North of this area up to the Turkish border to the Iraqi border in the East.

In the South-West of Syria, thanks to the ceasefire, agreed between the United States and Russia, milami fighting between Assad and the opposition almost ceased. “This is the first indication that the U.S. and Russia can cooperate on Syria, said Tillerson. — I believe that Russia, like us, interested in the fact that Syria has now stabilised again became a unified country.”

In June, trump ordered to collapse the multi-year CIA program for training and providing weapons to the rebels fighting against Assad.

The Chairman of the Senate Committee on armed services John McCain (John McCain) criticized the decision because, in his opinion, it “plays into the hands of Vladimir Putin.”

“Go to any concessions to Russia in the absence of a broader strategy on Syria irresponsible and short-sighted,” said McCain.

Friday, July 21, the Institute for the study of war, a think tank in Washington that tracks changes in the boundaries of the control areas and locations of airstrikes in Syria, said that Russia “is restructuring its air campaign in Syria thus, to get the US to cooperate” with Moscow. Russia has almost completely stopped airstrikes in Western Syria, government troops almost defeated the rebels, and moved its operations to the East, where troops of the Assad regime moving to Euphrates, under the pretext of fighting against ISIS.

According to experts of the Institute for the study of war, such change is accompanied by a truce in the South-West of Syria, which “gives Russia more freedom of action,” helped prepare the ground for negotiations on “deconfliction”.

During last week’s briefing, Mattis, Dunford and Tillerson spoke about the “prospects of cooperation” with Russia, as reported by Senator Tim Kane (Tim Kaine). Although, according to him, in their statements flashed phrase that indicates continuing skepticism, “I would say that the administration sees this situation in a slightly more optimistic tones than I do.”

Kane, who declined to give details discussed at the briefing, noted that, in his opinion, the dependence on Moscow and its assurances that Iran can also be kept in check in the end may prevent a political settlement of the civil conflict in Syria so that Assad has lost power. According to the US administration that Assad will remain at the helm of the country, this could lead to the restoration of the influence of the “Islamic state”.

Unlike McCain Kane believes that this new strategy, which trump promised during the election campaign, have been formulated and actively implemented. According to him, the next step is to inform the public and persuade Congress to authorize war against Islamic state, setting the parameters of this war in Syria and beyond.

Among the issues that the new strategy was sidelined, was the question of the growing presence in the North-West of Syria fighters of the Syrian branch of “al-Qaeda” (the terrorist organization banned in Russia — approx. ed.) — the group that first called itself the “al-Nusra Dzhebhat” and which now controls most of Idlib province. The operatives, together with fighters from other Islamist groups and fighters of the moderate opposition, supported by the United States, retreated to Idlib after he was defeated in Aleppo and other areas in the densely populated West of Syria.

Although in the past several months, coalition aircraft struck several leaders of the “al-Qaeda”, according to officials, currently, the strategy is to seal this area and return to this problem later. Mattis, Dunford and Brett Mcguirk (Brett McGurk), the US special envoy in the international coalition against ISIS, told about these plans in General at a briefing in may.

At the time Dunford stressed that “the law forbids us to coordinate our actions with Russia.” However, he noted, “we expect that Russia will work with the regime to settle the disputed issues related to our operations.” Although Dunford refused to talk in detail about “the proposal that we are now working with Russia,” he added, “it seems to Me that the Russians as much as we want… so we continued our campaign against ISIL and ensure the safety of our military”.

After this statement there have been several incidents, including the collapse of the Syrian military aircraft downed by the Americans to the West of Raqqa, and strikes on the positions of Iranian-backed militants who come too close to the town of TANF on the Syrian border with Iraq, where the us military conducted a training of its partners.

After that, talks resumed and no serious incidents were recorded.