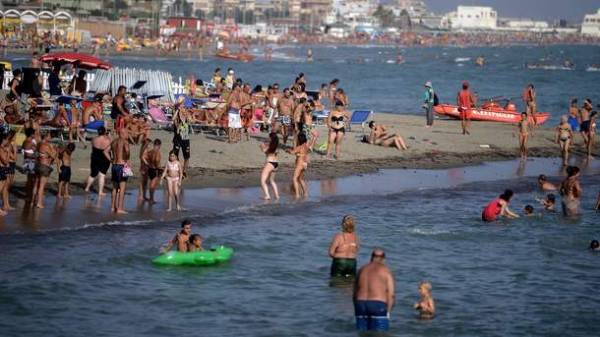 “Today” has prepared a selection of interesting books to read this summer. Few people indifferent story about the Professor-man from the Nobel prize for literature and Bukerovskoj prize j. M. Coetzee. Detective American writer T. Gerritsen about Jack the Ripper the twenty-first century keeps the reader in suspense until the last page, and the novel by John Steinbeck. Bajna “capture” lovers of the detective genre and historical prose. All these books became best sellers in the world.

Professor David Lurie does not produce an impression on the students because they are not interested in English literature of the XIX century. In his fifty-two he had already divorced twice, but did not lose interest in women and seeks to meet the intimate needs. Rarely semester when he falls in love with some of the students. However, the affair with Melanie Isaacs knocks it out of the accustomed rhythm and leads to irreversible changes. The Professor moved to her daughter in the village, where he begins a new and very difficult stage in his life.

A year ago detective Jane Rizzoli managed to track down the criminal known as the Surgeon, who was called Jack the Ripper the twenty-first century. Then Jane escaped from the killer and put him in jail. But on the streets there is a new criminal. It copies the handwriting of the Surgeon as assistant follows the movement of an experienced physician. And soon the Surgeon escapes from prison. Now there are two killers. Their victims are the new women. And here’s Jenn understands that the next victim could be her.

Sixteen-year-old Natasha found a frosty morning in the river, but was saved. The girl does not remember what happened that day. But the behavior of the friends seems strange: they have something to hide. Now the main question for Natasha – how she was the night in the cold river and how this is related to her good friend Hayley and Jenny. Who and why wanted to kill her?

“The boy in the striped pajamas”, John. Boyne

Nine year old Bruno and his family moved from their comfortable home in Berlin to a new house in town Away from Here. There his father was appointed commandant of the concentration camp. By chance he meets a Jewish boy Shmuel, a young prisoner. Between them is the beginning of true friendship, separated by barbed wire.

December 21, 2007, at midnight, Lithuania joined the Schengen space. On this night, three young couples, who were friends at a rock festival, gathered on a farm Panagaris. They note “Schengen night” and share with each other plans for the future. Ingrida and Claudius say about his move to London, Andrews and Barbora were going to Paris, and Renata and Vitas to Italy. They did not know and even could not assume, than they have there to do. They trusted Europe and were confident that she will not let them down.