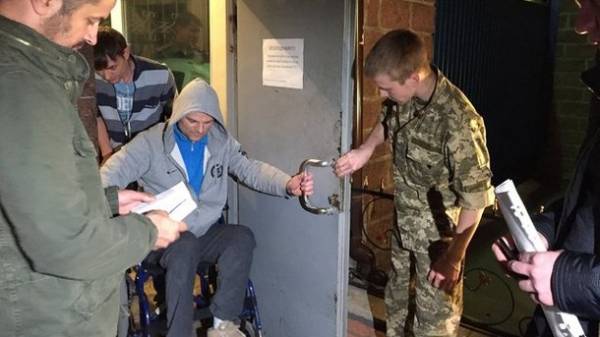 The person involved in the “gas business Onishchenko” Valery Lean in the near future should be released, as the court of Appeals in Lviv region has canceled his arrest, reports “Ukrainian truth” with reference to the National anti-corruption Bureau of Ukraine (NABU).

The court overturned the previous decision of the Galitsky district court of Lviv.

“Today the Appellate court of Lviv region, abolished the mayor of the preventive measure of detention that was applied to the suspect Lean V. M. on the basis of the decision of the Galician district court of Lviv from 03.07.2017 in the case of theft of gas condensate under investigation by the Lviv territorial office of the NABOO,” – said the Agency.

See also: Accused in the “gas case Onishchenko” Lean was detained by the special forces of NABOO

As you know, Oleksandr Onishchenko and another 20 people are suspected of fraud with the gas of the state company “Ukrgazdobycha”. Among the defendants in the case, but Onishchenko, stated his 75-year-old mother and lawyer Valery Lean – in the past business partner, Igor Kolomoisky.

We will remind, on June 17 Lenten arrested the first time for two months, but July 3, Lean the court again took under custody for 60 days, increasing the amount of the Deposit from 10 million to 50 million hryvnia.