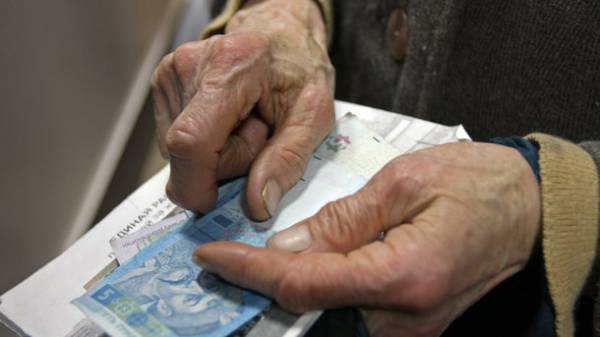 Ukrainians began to save more “communal”. Talking about this the latest data of the state service of statistics. Experts explain this by the fact that the state may not accrued subsidies due to “inventory” those who receive them. Those whom the grant will be put, and further, it will be credited in the payment for June in the double size, the rest will have to pay more. Experts in the housing sector predict that the number of subsidianes significantly reduced, primarily due to the increase in the minimum wage doubled (up to 3200 UAH) from January of this year. 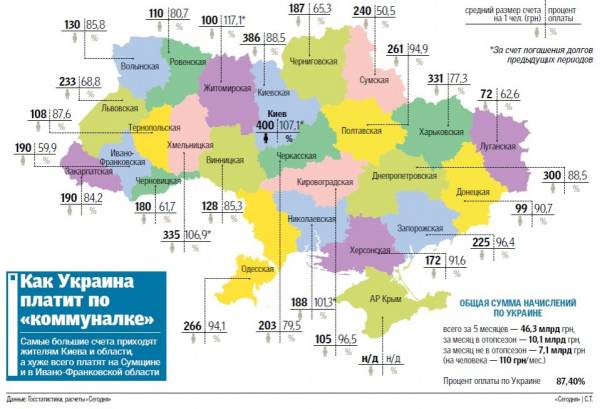 The expert of the market of housing and communal services Alexander Senchenko said that the difference is due to higher standard of living in the capital and the Metropolitan area, in particular a large percentage of elite housing area of over 100 square meters with expensive “communal”. And also the fact that many homes of Donbass are individual heating boilers, allowing you to pay significantly less. In addition, the square meters per resident in the region has 2-3 times less than one inhabitant of Kiev, so the amount for heat and the rent on the person below.

HOW TO PAY. The average percentage calculation for komuslugi high of nearly 88%, that is not paid in full or partially only one consumer of the “comforts of civilization” of the eight. But the figures for the regions are again very different. For example, Zhytomyr oblast, which last year was among the Laggards (the population paid only about 60% of invoices), now the best — not only paid for current supplies, but also paid 17% of previously accumulated debt. Overpayment also in Kiev, Khmelnitsky and Mykolaiv regions. In most regions pay 85-95% of the population, and in some places less, for example, in Sumy region does not pay every second, so the debt for the “communal” continue to accumulate, reaching 25 billion UAH.

Director of energy programmes of the Center for world economy and international relations of the NAS of Ukraine Valentyn Zemlyansky said that the main reason of non — payment- lack of money a significant part of the population and the inability to apply for a grant for formal reasons (for example, sold or bought during the year, an apartment, a car).

According to forecasts Valentin Zemlyansky, debts of the population can accumulate and further, that faces challenges in the work of the enterprises-service providers. It turns out that due to the debtors, those Ukrainians who pay regularly will not be able to obtain quality services — the company will not have the means for timely and quality repairs of networks.

Threatens the growth of non-payments and cuts in the number receiving subsidies for housing and communal services. That their recipients should become less so as incomes have grown, has repeatedly said social policy Minister Andriy Reva. According to the Ministry, as of January 2017, subsidies, 7.4 million households in April — has only 6.6 million “By January 1 will be no more than 5 million families, the rest will be eliminated” — predicted Reva. 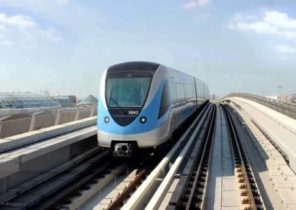