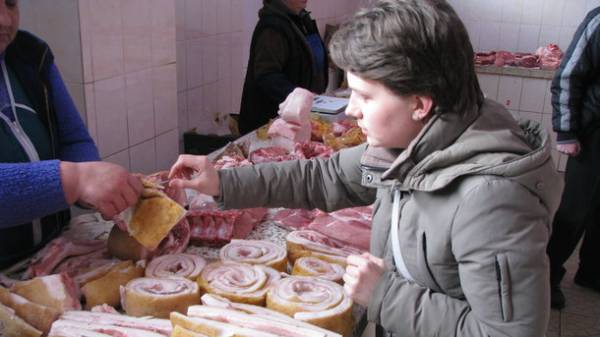 Ukrainians face a new blow to the wallet. In the next six months and in early autumn, is expected to rise in prices of goods, services, certain products and certain types of fuel. Experts attribute this to a bad harvest, erratic weather, an increase in wages and neopredelennosti with energy imports. “Today” has learned that people expect in the near future.

PETROL AND GAS. On the fuel front, the Ukraine is relatively calm, the experts of the fuel market. The reason is that the two traditional factors — the price of oil and the hryvnia exchange rate is favourable: oil and the dollar is not expensive. The Director of “Consulting group A-95” Sergey Kuiun said that the downward trend in prices for gasoline A-95 will continue throughout the second half of the summer. The cost will drop low on the hryvnia, which is below the 24 UAH/liter.

“We see there has already been a price reduction, and I think it will continue,” — said the expert. Agrees with him Director of special projects of the SEC “Psyche” Gennady Ryabtsev, who says that petrol and diesel are unlikely to rise in price, and can be cheaper, as their reserves are sufficient. But the cost of LPG car gas will fluctuate until the end of summer up and down within 10%, or 1-1,UAH 1 per liter, predicts Ryabtsev. According to him, due to the growth of gas consumption after 2010 its gas to Ukraine is not enough, and a lot depends on imort: “the Situation with gas supplies again uncertain — it is impossible to say what will be the volume of contracts with Belarusian and Russian traders and how to replace them, if the supply will be reduced”.

GOODS AND SERVICES. The President Ukranalittsentra Alexander Ohrimenko waits for July-August, further creeping of the rising cost of manufactured goods and services. “Already expensive transport (e.g. metro in Kiev — 25%, land transport 33%, or 1 HR). It can serve as a signal for regions where the fare is much lower. Approximately 10% of rose and summer vacation. In July, the impact began to cheaper vegetables, milk, so the inflation rate can arithmetically be zero, and in August, even possible deflation. But due to the ongoing growth of wages (after raising minzarplat to 3200 UAH) prices for services and manufactured goods has increased. First of all this is evident in the prices of building materials who due to the traditional summer season are getting more expensive in the eyes. By September, a possible rise in the price of manufactured goods and services by 8-10%”.

PRODUCTS. Product experts ‘ opinions were divided. Director of the Association of retail suppliers Oleksiy Doroshenko does not expect cheap fruit and vegetables: “In the best case, prices will remain at current levels, as a very bad harvest.” He predicted that the cost of borabora can average 18 UAH/kg instead of 9 UAH/kg. And the analyst of the Ukrainian agrarian Confederation Dmitry Dane still promises that the prices of vegetables will fall by the end of summer by 20-30%. The reason is because of a frosty spring harvest was late. 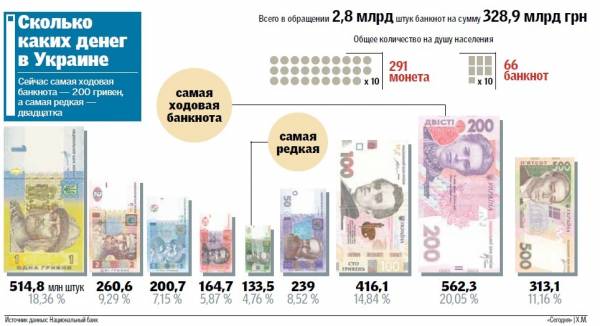 LESS CASH – LOWER PRICES. Meanwhile in Ukraine has become less cash — according to the national Bank, on July 1, the country the money supply cache is 331 billion. This is 10 billion less than six months ago. As calculated by the NBU, now on one inhabitant of the country accounting for 66 291 banknotes and the coin of different denominations. A year ago it was on 65 for 278 banknotes and coins each, due to the smaller volume of cash — then in circulation was UAH 307.4 billion.

“The more cash, the lower their rate of turnover in the scheme “money — goods — money”, the higher the cost of goods and services, explained to us Okhrimenko. — But in fact, the amount of cash reduced by the amount of growth of e-money in retail. Clearing more profitable for business — no need to collect cash. Theoretically, this should in the future reduce prices, because the same trade receives a small deprival by reducing costs.”