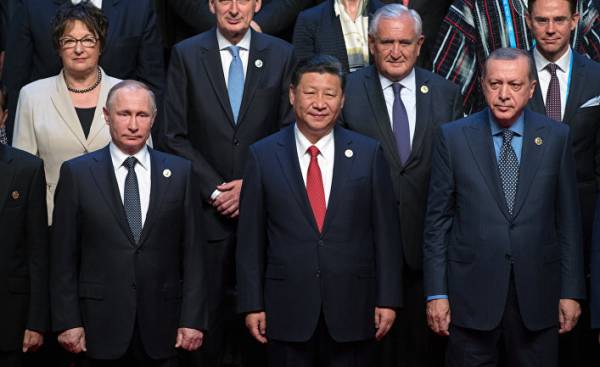 “We are a species of monkeys on a minor planet orbiting around a small star.” William Boyd (William Boyd), a Scottish writer.

Thrice meal a day followed by rest, 12 hours of sleep, daily exercise in the fresh air, supportive family atmosphere: watching close this weekend how gorillas live on the slopes of volcanoes in Rwanda, it is difficult to escape the conclusion that our hairy ancestors got much better after our paths diverged eight million years ago. Without work, without wars, slogans, ideologies, religions, ambition and with minimal hassle they have achieved this lifestyle, which has always sought — and very briefly reached — Homo sapiens.

It is also hard to resist not to seem smug and quote some of the lines from the poem that came to my mind at the time, when I was six metres from a family of 12 gorillas in the Rwandan jungle and fascinated watching them, while they either ignored me completely or looked at me with deep contempt.

“I think I could live with animals, / they are so calm and confident,” wrote Walt Whitman (Walt Whitman). “They do not complain of their destiny / not spend the night in vigil, mourning for their sins. satisfied, no one is obsessed with a passion to possess things. Nobody kneels in front of the other… / One is neither honorable nor despicable.”

Rwanda is a country that is especially conducive to thinking about the illusory nature of human progress. In 1994, while the gorillas rested peacefully after a meal down on the flat part of the human hordes for one hundred days killed a million men, women and children with machetes, sticks and hammers. They also had a rest after a meal, serene and confident, during a nightmare that is now happening in the middle East; during the genocide in Cambodia in the 70-ies, during the atomic bombing of Hiroshima, the horrors of Nazism, the carnage of World war I and the battle that suited our ancestors in the middle Ages, during the Roman Empire and since the old Testament, almost always proclaiming the goal of building a better world. With the exception of science, we are not in the least advanced understanding of who we are, and all ideas (Marxism, capitalism, Christianity, Islam, etc.) put forward, to regain Paradise or to create it on earth, in the end generated more promise than practical results.

During the hour that I was watching a family of gorillas on the mountain, there was only one short moment of tension, which reminded me of our shared roots. Eight or nine gorillas resting, scratching or playing with the kids, when suddenly appeared among them the alpha male, demanding that all left their classes and gave him way. Five seconds after he found a place conveniently and stretched, again there was peace and tranquility.

We can fly to the moon or Mars, we have mobile phones, Internet, Facebook, and Uber, but we are equally obedient to the leader, as in the days when we lived in caves. Let’s look at what is happening in France. After yesterday’s entry of Emmanuel Macron to the position of President of the fifth Republic in the European press there appeared a lot of articles, considering the fact that the loss suffered by them populism, could be repeated in other countries. Political observers and experts head to go into the analysis of globalization, elitism and inequality as a decisive factor of political change. But forget the main lesson of the last elections in France: the most important, fundamental and decisive in democratic elections is the ability of a leader to emotional conviction.

For the last week in England a lot has been said about the need to follow the example of Macron, his political movement “Forward!” and create a new political party to fill the vacuum left by the labour party, led by the incompetent and lethargic Jeremy Corbin (Jeremy Corbyn).

Few says that need not only a new party with new ideas as a charismatic leader to bring the country from one-party to which she is now doomed. If, after the inevitable defeat in June from the conservatives, Theresa may labour party will change Corbin to English Rules, it is very likely (almost guaranteed, especially after the chaos caused by PACSICOM) that he will win the next General election.

Macron-like figure played much more decisive role in the defeat of the National front of marine Le Pen than obscure policy of “openness” and “reform” that he promised as an ideologist. Donald trump defeated Hillary Clinton for many reasons, including because of the oddities of the American electoral system and of ignorance, bad taste and infantilism of much of the electorate. But in the end he won for the same reason as the previous US presidents. the decisive role played by biological factors. Created by the trump image surpassed the image of Clinton on the leadership qualities. Its main weakness in the eyes of the less enlightened, but more decisive voters was that, for all his intelligence and education, she will never become a man.

Leaving aside the so-called Mature Western democracy, we will see how in the modern world is making headway model of a strong leader. Putin in Russia, Erdogan in Turkey, XI Jinping in China, modi in India is a tough leaders, heads of state, with a population equal to half of humanity. All this proves once again that we have inherited the worst and lost the best of what was in the jungle, and the idea of the movement of humanity toward a more healthy, peaceful and happy life, by and large, is nothing more than an illusion.