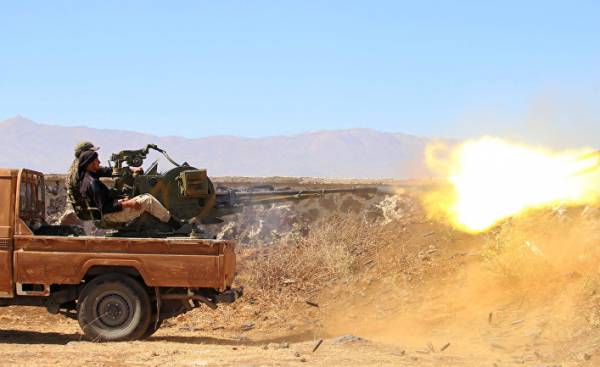 President trump gave the signal that after the South-West of Syria, a ceasefire agreement will be concluded in the same region. Last week, the US special envoy to the coalition fighting ISIS (banned in Russia — approx. ed.) Maggert Brett (Brett McGurk) noted that this new region could be North of Syria, which is of vital importance for Turkey.

The special representative did not specify the details, despite the questions addressed to him, however, is now working on a truce plan, which will cover and Afrin. Washington knows that to do so would not be as simple as the agreement reached in the South-West of Syria. It is reported that on this plan is working, and Russia, this triggers some ideas are proposed to discuss.

Sources in Washington who know about the Russian proposals, gave the following information.

For a truce in Northern Syria, Washington should take into account the anxiety of both Turkey and the Party “Democratic Union” (PYD) / people’s protection Units (YPG). Washington fears that Turkey may at any moment to attack Afrin, and in this case, operations of YPG against ISIS will fail.

Ideas to be discussed, allow for a solution which can take into account the red lines of Turkey for PYD / YPG. Before the attack on Raqqa Washington has promised Syrian Kurds administrative control over the territories in the North of the country. But also the American administration received the signal from Turkey that the West of the Euphrates — a red line for her.

At the same time, Washington does not want the PYD / YPG, which he uses as a ground force in Syria, defected to Russia if he doesn’t keep this promise to the Kurds. Besides, according to available information, the Russians continue to contact with YPG in Afrin.

When the Kurds told Washington that they want to unite the region, located in the East of the Euphrates, the Afrin in the West, the United States refused their request to force the impending operation against ISIS. The US is now looking for a solution that will not cause discontent of Turkey and will not hurt the YPG.

According to one of the formulas, the Kurds will be allowed to establish dominance in the region in the East, not going West of the Euphrates.

But for that to happen, the U.S. is working on a more ambitious plan.

1. To get approval for the creation of education in the East of the Euphrates, the YPG will break all its links with the Kurdistan workers ‘ party and from their region will not be attacks against Turkey. In case of violation of these requirements, States will suspend its relations with the YPG and will stop to assist them.

2. And from Turkey in connection with the observance of red lines will be required if the region between the Afrin in the West of the Euphrates and the Eastern side was open and safe for travel the civilian Kurdish population.

Due to the fact that the plan also needs to obtain the approval of Russian, Washington, continuously monitor their position. Russian, on the one hand, make it clear that will not interfere with Turkey in the Afrin, on the other — continue to work in coordination with elements of the YPG in Afrin.

Besides the United States say they cooperate with the Russians in raqqa. Because Russian needs the help of Turkey in the region, they said they can clear the way in Afrin, despite the YPG.

In return, the US and Russia are counting on the support of Turkey in the establishment of a zone of de-escalation in Idlib where Free Syrian army and radical groups.

Turkey offer: “Securing us Idlib, and we will create you a condition in the Afrin”. After the armistice agreement in South-West Syria, the chances of Turkey to play the Russian card against the US has largely decreased.

In the region Russia and the USA need Turkey. In order to cause the truce without the complete exclusion of the YPG, a large US plan, about which we told above, should work with the support of Russia.