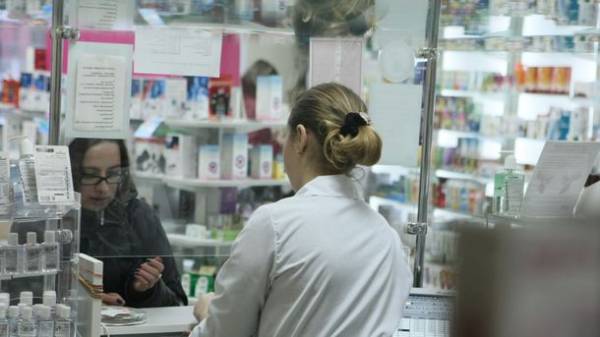 In the autumn of of pharmacy drug prices will depend on the least. Since September, the hryvnia will fall against the dollar, experts predict. This may affect the cost of drugs. What will happen to the price of medicines, found out the website Today.

How has the cost of drugs for the year

In comparison with last year the prices of medicines rose by 12.3%. This is stated in the study by Proxima Research. At the same time, Ukrainians began to buy more expensive medicines and prescription drugs.

Medicines of Ukrainian production has risen more than foreign. Domestic manufacturers have raised prices by 14%, and the cost of foreign medicines have risen 7.2%. In pharmacies most of the medicines imported – 52,1%.

But for the first half of the price of drugs have not significantly increased, said the Director of Pharmacy professional Association of Ukraine Volodymyr Rudenko.

“Something expensive, something cheaper. These changes in the inflation rate and the exchange rate”, – said the expert.

What will happen to the price of drugs fall

The cost of drugs will depend on the producers, the expert said. Pharmacies in Ukraine could put a mark-up to a maximum of 20%. Pricing manufacturers of medicines are less regulated.

“If September, the manufacturer will raise the price of their product, what percentage it will rise in price in pharmacies. But the pharmacy is the last chain because it is the most heavily regulated,” adds the Director of the Pharmacy Association. 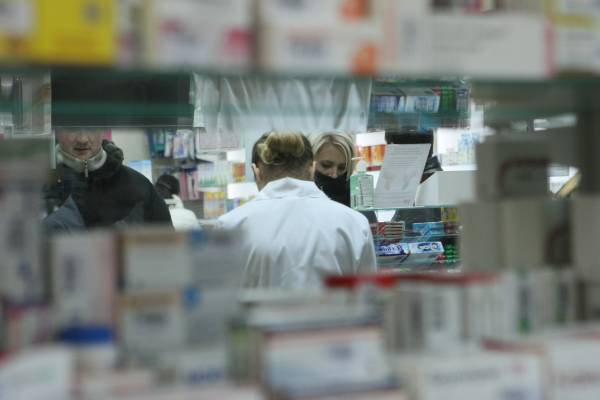 The exchange rate will determine the cost of the drugs. Photo: S. Nikolaev

Drug prices will also depend on the exchange rate. With the dollar since autumn will start to go up. So, Razumkov Centre forecast the dollar in district 27 hryvnia in the second half, and Concorde Capital assume that at the end of this year the dollar will cost 28,5 hryvnia.

“The risk may be, for example, the refusal of the International monetary Fund or other international financial institutions to provide loans to Ukraine. Another risk could be the fall in world prices for grain, metals and other export goods of Ukraine, as well as the fall in global oil prices that could adversely affect the demand by foreign importers for Ukrainian goods”, – the analyst Natalia Milchakova.

The production of medicines in Ukraine is very import-dependent, says Vladimir Rudenko. The country does not produce many components for medicines and packaging materials. All equipment manufacturers to import.

“If the manufacturer has it all import and exchange rate fluctuations happen – they put it in the price of drugs. It is expected that the price will rise cold and hot water. And water is needed in many technological processes”, – the expert adds.

94% of Ukrainians believe that the drugs in the country is expensive, the study says “Free treatment” of cf “Patients of Ukraine”. More than 56% of patients took only part of prescription medications for financial reasons. 43% of patients had to borrow money for treatment or to sell valuables and property. The analysis of hundreds of the most sold in Ukraine of drugs showed that Ukrainians annually spend three billion UAH for the preparations, without which you can do.