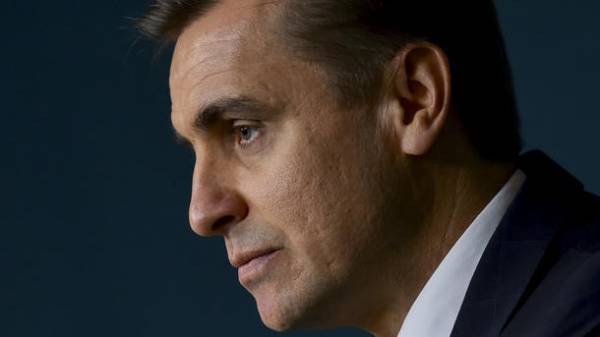 The administration of the President together with the special representative of the USA concerning Ukraine with Kurt Volker identified steps which should give a new impetus to the implementation of the Minsk agreements.

This was stated by Deputy head of presidential Administration Konstantin Eliseev in the air of Radio Liberty.

“Yesterday a meeting was held in the presidential administration. We have identified our steps to give a new impetus to the “Minsk process”. Of course we talked about strategy,” he said.

“The President also had a brief meeting with Volker to encourage him to participate more actively in the peaceful settlement of the situation in the Donbass. I am impressed by its absolute practicality, pragmatism and the desire to achieve concrete results,” – said Elisha.

Deputy head of the AP also confirmed that the appointment of Volcker to the position of lobbied, in particular, the participants of the “Normandy format”.

“This long-awaited decision, which lobbied for the Ukrainian side to coordinate with partners in the “channel format”, – he said.

On July 11, the US special envoy Kurt Volker met with the deputies of the Verkhovna Rada and representatives of the Ukrainian side in the political subgroup of the Trilateral contact group.

Previously, Walker had discussed with the Prime Minister of Ukraine Volodymyr Groysman current situation in the Donbass, as well as approaches to its resolution.

In addition, on the eve of former President of Ukraine, representative of Ukraine in the Contact group Leonid Kuchma and Volker discussed the situation in the Donbas and agreed on regular meetings.