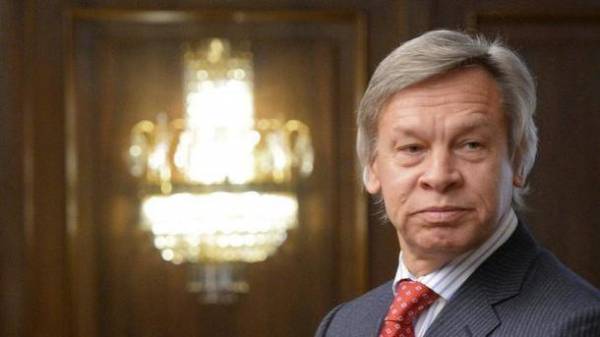 Member of the Board of the Russian Federation Alexei Pushkov believes that the introduction of new US sanctions against Russia will lead to a deterioration of relations between the two countries. About this he wrote on Twitter.

In addition, he noted that such a move could “kill” the last chance for dialogue between the countries.

Trump should think twice before introducing new sanctions St. Russia. He will deserve the applause of McCain, but will blow up after. a chance for dialogue.

As reported, Donald trump discussed with the members of his administration the possibility of introducing new sanctions against Russia and Iran for supporting Syria.

In turn, the head of the international Committee of the Federation Council of Russia Konstantin Kosachev claims that Donald trump makes the mistake of trying to impose on Russia responsible for the situation in Syria and support of President Bashar al-Assad.