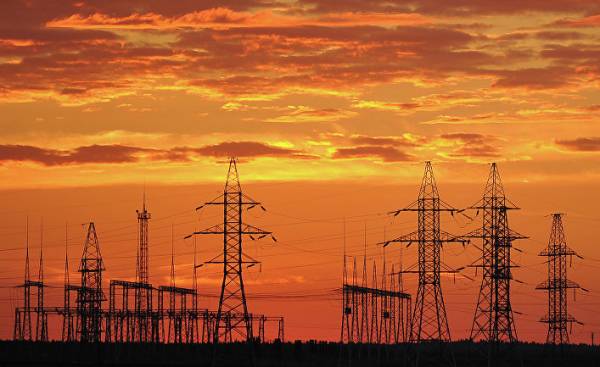 In Armenia continues to be actively discussed a proposal by the U.S. Ambassador about eight billion of potential investment in renewable energy, which many perceived as an economic and political offer made by the Armenian authorities.

The situation and the picture is very mixed. On the inappropriateness of talk about a clear signal was evident in the comment of the US Ambassador, who said that, first, it is estimated by calculations of the Ministry of energy of Armenia, which is confirmed by their studies, and in addition, the prospect becomes real, if liberalized regional market, and opens the possibility of export to Georgia, Iran and Turkey.

And Armenia’s energy Ministry explained that the construction of the new high-voltage power lines, which end in 2019 and will open new opportunities for exporting, transforming Armenia into an important link in the chain of Iran, Georgia, Russia.

The statement of the US Ambassador, of course, includes the period between the policy proposal, otherwise such statements are not just made.

But does this offer the Armenian authorities? It is open to question.

Perhaps the statement of the US Ambassador lies Washington’s proposal of Russia, which has huge economic and political impact on Armenia, particularly in the energy sector. At the same time, Russia has difficulties in this area, particularly in the economic sector. Russia has already abandoned his large ownership in the energy sector of Armenia — the saying about the rejection cascade Sevan-Hrazdan.

The Armenian authorities ask Moscow for economic investment. Russia has the most serious problems and there is a significant reduction in resources. Moreover, there is no hope that sanctions will be lifted and oil prices rise.

At the same time, Russia has two very expensive geopolitical areas — the middle East, Syria, and Ukraine. These directions daily carry millions of dollars. Russia faces the task to maximally allocate resources optimally, yet trying to refrain from unwanted scenarios — the reduction of geopolitical goals and directions.

In this sense Moscow in August of 2016 made it clear to the President of Armenia Serzh Sargsyan that we cannot rely on Russian exports and the need to rely on their own, the Armenian resources. This hint was contained in the statement of Vladimir Putin on double-digit GDP Armenia from the EEU.

Putin’s statement was not due to exaggeration, awareness of or a desire to justify the EEU. It was a hint that Russia gave what had to give, the rest is a question of the effectiveness of management of Armenia.

After that Serzh Sargsyan appealed to the Karen and Samvel Karapetyan: one poprosiv to take the post of Prime Minister, and the other is to Fund it on this post. But Karapetian, announcing readiness, act on the principle that the EU is in the process of the Association tried to work with Serzh Sargsyan — more for more, or as in the famous film — in the morning the power of money in the evening.

But it is the internal issues of Armenia, which is too small against the background of external realities and interests in Armenia.

Against this background, a proposal was made in Washington. Does the US Ambassador can be so naive as to imagine that he heard about eight billion dollars the Armenian authorities can instantly renounce Russia and forget her? Richard mills is an experienced diplomat who from the first years of independence had worked in the Armenian, and certainly could not entertain such naive hopes.

In General, about the political will of the Armenian authorities in the world after September(ed — 2013. Declaration of accession to the EAEU) has formed a stable representation — the world has no illusions. Therefore, important proposals on the issues of Armenia the Armenian authorities will no longer, as in a private conversation with the political scientist Edward Abrahamyan said the master of geopolitics and U.S. foreign policy, Zbigniew Brzezinski, who recently lost their lives.

If you have any suggestions they will be done in Russia, especially that Russia, facing the necessity of optimization of resources and geopolitical plans, will be more inclination to compromise than before. This, of course, is not about the ousting of Russia, and about the regime change and the logic of its presence, more adequacy to the system of international security. As part of the Armenian problem in the United States is treated in this plan, not in the sense of ousting Russia.

From this point of view it is noteworthy that shortly after this statement of the US Ambassador arrived in Armenia the Chairman of “Gazprom” Miller.

No matter how obvious the question was about the redistribution of spheres of influence and crucial role, the prospect of an alternative to Russian Armenia becomes brighter than the light that can give eight billion dollars, and Moscow is without a doubt very well aware to start at least the correspondence of the discussion around the proposal. 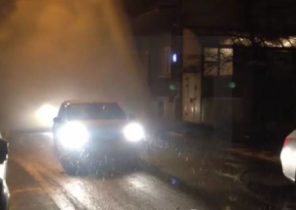