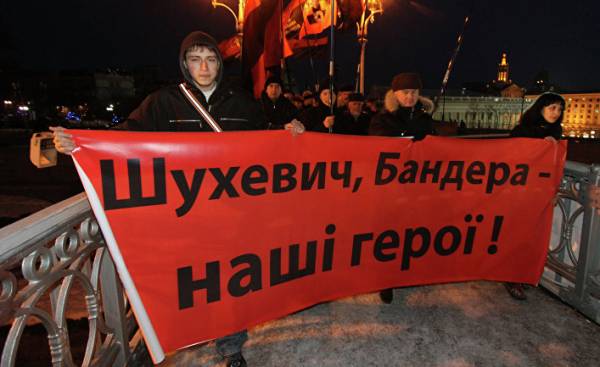 — Nasz Dziennik: Ukraine strengthened not only anti-Polish sentiment. Recently in Lviv after anti-Semitic incidents Jewish organizations urged local authorities and law enforcement to counter xenophobia and anti-Semitism. Ukraine begins to fight with everyone?

Andrzej Zapalovsky: Ukrainian nationalists — and the point about them fighting with those enemies that were mentioned in the ideological programs of the OUN (banned in Russia organization — approx. ed.) eighty years ago. There are existential enemies called Russians, poles, Hungarians and Jews. Now the authorities in Western Ukraine and the nationalist organizations in this country engaged in the implementation of political programs written decades ago.

If, as everyone says, the Polish government, we are linked with Ukraine strategic partnership, and the Ukrainians are our friends, why don’t they want to disassociate themselves from a criminal past?

For many years the Polish authorities hoped that the problem would resolve itself. It was believed that Ukrainian nationalist forces is better not to touch because they feel more hatred towards Russians than to the poles. But it turned out that they not only Russians declared war, but began to actively act against the poles. Moreover, began to be territorial claims, including to Poland. Recently began a tacit elimination of the Polish education in Lviv: Polish language there will be “foreign”. Before that, I want to draw attention, did not reach even the Soviet Union. These are facts told to me recently, a Polish activist from Lviv during the conference, “to Honor and not revenge”, which was held in Warsaw on the eve of the National day of memory of victims of genocide of the citizens of the Second Polish Republic, committed by the Ukrainian nationalists.

— Anti-Polish sentiments in Ukraine are becoming the norm, but Poland was silent. What is this political correctness?

— The Union of Ukrainians in Poland under the leadership of Peter tims collects evidence of the presence of “hate speech in the Polish public space.” This is one of the operation, which aims to intimidate the poles be accused of xenophobia themselves, and thereby forced to come to terms with the criminal nationalist ideology. Also it works with politicians.

— Waszczykowski said something in a low voice discuss throughout Europe. Brussels is not stated it directly, as in influential European circles, the project of Ukraine’s accession to the ranks of the EU isn’t taken seriously. This issue has already been raised by the Chairman of the party “law and Justice” Jaroslaw Kaczynski (Jarosław Kaczyński). The Polish government his rhetoric has not changed, but I noticed that the friendly gestures in the direction of Ukraine became less than before.

— Yuriy Shukhevych, the son responsible for the mass crimes of Roman Shukhevych, commented on the statement of the head of the Polish foreign Ministry with the words “I’d like to spit in the face to the poles” and hinted at claims against the Polish state. Does that sound like a threat?

— Shukhevich — hero of Ukraine, and these his son’s words illustrate the direction of policy of the nationalist circles in Poland. Much more interesting that in his other statements, he calls to deprive Poland of its Western territories and shows, so the traditional Pro-German policy of the Ukrainian nationalists.

— Meanwhile, more and more Ukrainians favor the entry of their country into NATO. How real is this prospect?

— Ukraine has no to it the slightest chance. This state is bankrupt in many aspects, particularly in economic. The country is riven by internal conflict, so NATO can not include it in their structures, because then the entire Alliance will automatically come into military conflict with Russia.

— Will the Americans supply to Ukraine lethal weapons?

— It does not matter. To cover the needs of the Ukrainian army needed billions, not tens of millions of dollars. Military equipment is for the most part exhausted, lacking ammunition. Some experts say that their Ukraine would be enough for three months of intense fighting. Moreover, in this country there are no factories producing artillery ammunition. In turn, the separatists by Russia have unlimited reserves of arms and unable to get reinforcements.

Ukrainians are disappointed that their President was not invited to the summit “Initiative of the three seas”. Sound even harsh comments that “without a free Ukraine will not be a free Poland.” The absence at the summit shows that we have revised their attitude to the Eastern neighbor?

— I think this is the result of the policy pursued by the Ukrainian authorities, and their practical relations, in particular, to Poland. Recall that recently the Ukraine “opened the door” to the EU in Slovakia and photos from this event spread all over Europe. In addition, the invitation to “the initiative of the three seas” of the country, which is in a state of decline, would bury the whole project. There is another aspect: the number of residents of Ukraine, whose income does not exceed the Central African indicators would be 30% of the population of the entire “Initiative of the three seas”.

— In connection with the 74th anniversary of the Volyn massacre and the National day of remembrance of the victims of the genocide of the citizens of the Second Polish Republic party “Cookies’15” is going to hold a protest action. Is there a chance that banderizm banned at the legislative level and the law on the Institute of national remembrance will make the appropriate changes?

— I think those odds are, because this project has the support of many members of the party “law and Justice”. We must realize that the Ukrainians will not be able to resist the revival of extreme nationalism without the Polish assistance. The presence of this Ukrainian ideology in the public space all the more harmful to Polish interests.

— How would You comment on the refusal of the office of the President Andrzej Duda (Andrzej Duda) to take under patronage of the National day of remembrance of the victims of genocide?

— This is a big omission of the office, since the question of patronage is within its competence. The President took under the patronage of the event related to the anniversary of the Jewish pogrom in Kielce, where, according to the Institute of national memory, killed 37 people. Seems strange that he refused to do the same in relation to events in memory of the barbaric act of genocide, in which at the hands of Ukrainian nationalists killed about 200 thousand poles and Polish citizens of other nationalities. This is all the more incredible that on 22 July 2016, the Sejm declared July 11 as a National day of memory of victims of genocide of the citizens of the Second Polish Republic, committed by the Ukrainian nationalists. There are no words!

— What brought the recent meeting of the speaker of the Sejm Marek Kuchcinski (Marek Kuchciński) with the Chairman of the Verkhovna Rada of Ukraine Andrey Parubiy, which was held in Truskavets?

— Honestly, I don’t know why the speaker of Kuchcinski met with Paruby, because previous meetings have yielded nothing. If it’s “art for art’s sake”, the sense in such contacts there. To be honest, now in Ukraine there is no single center, which may adjust the policy of this country towards Poland. Moreover, Western Ukraine is taking our relationship more and more rigid course.

— In the village Groszowice in place illegally built monument glorifying the perpetrators of the UPA-OUN, there was a cross in memory of Ukrainians who rescued poles during the genocide in Volhynia and Eastern Galicia. Whether this gesture to soften the position of the Ukrainian Institute of national memory, which prevents the exhumation of the Polish victims of Ukrainian crimes?

— Not at all. The Ukrainian Institute of national remembrance believes Ukrainians who rescued poles, traitors — as did members of the OUN and UPA. The appearance of a cross in a cemetery in Gruzovikah is a gesture of gratitude to the thousands of Ukrainians who saved our countrymen. More than four hundred people paid for it with his life.

— Preparing new stock dismantling illegally built monuments to OUN-UPA, and the Public Committee on the elimination of Bandera monuments in Poland is preparing a legislative initiative, aiming to cover the whole country.

— We can say that the case is already made: the poles learn more about the events in Volhynia and Eastern Galicia. Poland is not tolerated and will not tolerate the glorification of murderers. For many years this legal provision is not working, but people (not politicians, and residents of regions) matured and took matters into their own hands. Now the poles — primarily the youth, which has become an important part of the electorate of the party “law and Justice” and “Cookies’15” — this case will not leave. If the politicians won’t listen to the voice of society, they will lose support, and in their place will come the other Patriotic forces. 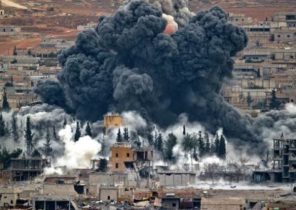