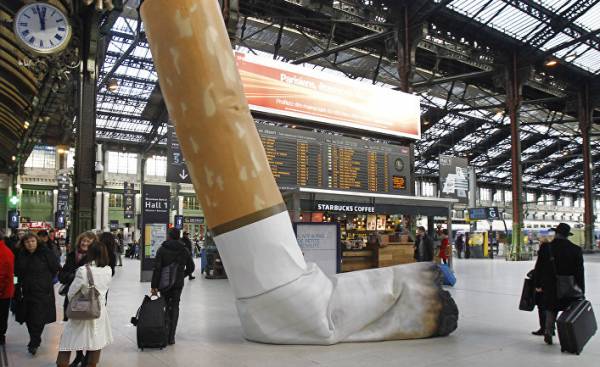 It was the wish of the Minister of health and solidarity France Agnès Buzin (Agnès Buzyn), and Prime Minister Edouard Philippe (Philippe Édouard) confirmed him in his government statement. The government in Paris plans to “gradually increase the price per pack of cigarettes to ten euros” with the current seven euros.

Although this will disappoint not only smokers, but also the owners of tobacco shops. However, this step implies a long-overdue turn in the fight against tobacco consumption.

At present it is absolutely impossible to ignore the disastrous consequences of Smoking. And yet not all governments show the same enthusiasm in the fight against Smoking. The former health Minister Marisol Touraine (Marisol Touraine) was constantly making excellent statements on this topic. However, the national action plan against Smoking, to which Francois Hollande (François Hollande) promised in early 2014, was, unfortunately, unsuccessful. Which proves the fact that the volume of sales of cigarettes in 2013 has not declined.

The Italians and the British smoke is especially low

France remains among the developed countries, the state with the largest number of smokers among young people. The last end of 2016 shows that still one third of the French population smokes cigarettes. In contrast, neighbors in Germany, Belgium, Spain and the Netherlands, the situation has improved, there is Smoking is now only one quarter of the population. In the UK and Italy, even less than one-fifth of the population.

France in the fight against tobacco use never especially did not differ. Although the first epidemiological evidence of the harmful side effects of tobacco belong to the 1950-th years, it was Simone Weil (Simone Veil), which in 1976 issued the first law on tobacco control in France.

But 40 years later, still too many people die prematurely from the effects of tobacco consumption: 78 thousand deaths per year only in France. The main causes are cancers of the lung, oral cavity or larynx, and other organs (stomach, intestines, bladder, urinary tract, kidney, esophagus, or cervix).

In addition Smoking is one of the major risk factors of cardiovascular diseases. This means that the fight against tobacco use is now the most important item when it comes to the health of the population.

Tobacco control policy Marisol Touraine in recent years has had any impact on tobacco consumption. The reasons for this ineffectiveness are known. Although the former Minister of health in November last year, with the noisy support in the media pushed the project “Moi(s) sans tabac” (My months without tobacco) and even introduced the neutral of a pack of cigarettes with no brand logos, however, at that point, she really could reduce tobacco consumption, it has not moved forward in significant and frequent price increases.

The Minister lost because of the veto of his colleague, the Minister of Finance, who feared falling tax revenue due to the decrease in sales of cigarettes. Absolutely reckless calculation at the state level, because the social costs of treatment caused due to Smoking diseases exceeds the tax fees for selling cigarettes to more than ten billion euros.

In Australia, which in this area is among the most active countries and where the smoke only 15% of the population, the constant increase in prices has led to the fact that a pack of cigarettes today costs about 26 Australian dollars, that is, in terms of more than 17 euros. Absolutely frightening price, especially milking the youth. And in the coming years it should still grow.

Even in France, the effect of increasing the price of tobacco was evident, namely in 2003, during the first proclaimed Jacques Chirac (Jacques Chirac) antirecoil program: only because of the increase in the cost of one packet in average from four to five Euro (that is, a price increase of 25%), sales of cigarettes fell sharply by 21%! It is quite obvious argument for the medic, and from 2005 to 2011 President of the National cancer Institute Agnès Buzin.

If step-by-step price increase to ten Euro per pack, which proclaimed Edouard Philippe, will happen as soon as possible, by the same token, the government could help the health of the French people do a great service. However, to achieve really tangible effect, this increase should be significant: between 2006 and 2011, an annual price increase every time for a couple of cents does not have any impact on sales figures. 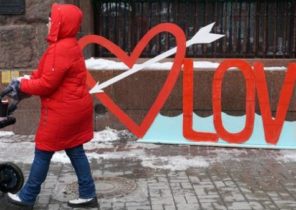