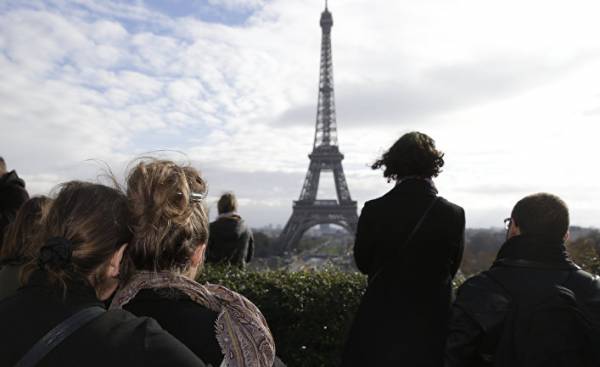 The first political goal of the “Islamic state” (declared a terrorist organization and banned in Russia — approx. ed.) was to establish a Caliphate in Iraq and Syria, which, according to the will of the prophet, must subsequently conquer the world. However, the new strategy poses to the organization to lay the groundwork for long-term urban guerrilla warfare, and to jeopardize the political will of Western countries, United in the fight against ISIL. The leaders of the terrorist organizations understand that the most vulnerable element of Western democracy is the will of the people. This concept is reminiscent of Clausewitz’s views were very clearly stated in the editorial article “Misconceptions of the crusaders in the Age of the Caliphate”, published a year ago in the weekly Herald of ISIS “al-NABA”.

“”Islamic state” could soon degenerate into a Caliphate on paper, stripped of their land and their leaders. However, this is not a problem because, by its nature, cyclical fate of the “Islamic state” will lead him to rebirth and reincarnation. The victory of the United States will again be illusory. If they want to win, they will have to destroy a whole generation of supporters of the Caliphate worldwide. But this will not happen. The crusaders and their allies, the apostates believe that by expanding the scope of their military operations, they will conquer Iraq, Syria, Sinai, West Africa and province of Libya. They believe that they will be able to destroy all of the province of the “Islamic state” in one account that they will sweep them from the face of the earth, leaving no trace. But the crusaders lose sight of one important fact: the whole world has changed since then, how did the Caliphate. A single action against them will lead to unexpected consequences. Nothing will be as before, their plans and development strategies in the near future doomed to failure because they are based on a world that has ceased to exist. Neither the loss of one city, nor the destruction of one of the Emir or Imam will not lead to the destruction of the “Islamic state”. They need to re-evaluate and revise their plans on this basis but they do not”.

This is the first text that clearly reflects a new strategic line of ISIL to achieve his political goals.

“If they want to win, and they do not, they will have to destroy a whole generation of Muslims which witnessed the founding of the “Islamic state” and the return of the Caliphate. Lost city, the territory, the destruction of all the leaders of the “Islamic state” and the group will not destroy at the root of his idea, which will remain the same, even if ISIS loses all its territory and return to the rudimentary condition of your cycle, when ISIS was in the desert and had no cities.”

The laws of most countries of the Coalition limits the power of police forces in internal security. Terrorist organization realized that a military response in democratic countries is to support functions in the execution of the law.

Terrorist act X will correspond to an increase in security measures in country Y. the Frequency of attacks in the heart of the West will make the people to require the adoption of more effective and strict laws, while an uncontrolled resonance wave media will create an atmosphere of fear and paranoia among the population. Intelligence service, as a result, will expand their actions to the collection of information. The Domino effect is inevitable. The more funding will be allocated to safety, the less resources will be spent on social support programs. Over time this will create dissatisfaction and friction between the government and citizens. The concept of Caliphate has become a great catalyst for recruiting dissatisfied young Muslims, especially in Western Europe, where they face rising unemployment, cultural alienation and discrimination. However, the increased security measures, restrictions (which, in the view of the people, must always be legitimate and in any case not to violate anyone’s rights) and acute legislative measures will never be able to protect the population. Possible new guidance aimed at fighting terrorism should not violate the democratic norms and will always take public opinion into consideration. The dilemma of the liberal-democratic society, according to LIH, is the weak point of the West. This democratic dilemma will define the internal discussion is potentially destructive for the governments of these States.

What will happen next?

Hard to say, however, historical precedents abound. Some Western governments to abandon their political goals, leaving the Coalition under US leadership, or try to come to reconciliation. Anyway, a decisive role in possible changes to the strategy will always play the will of the people.

ISIS, meanwhile, will continue to use democratic freedoms as a cover to plan and carry out their attacks. A terrorist group develops into an asymmetric force applied as an urban guerrilla. Lone wolves will inevitably be the first step to the formation of a rebel organization in the heart of the West. Western States will be forced to choose between new security measures and the historical priorities of individual freedom guaranteed by the constitutional state. But these concepts rarely coincide.