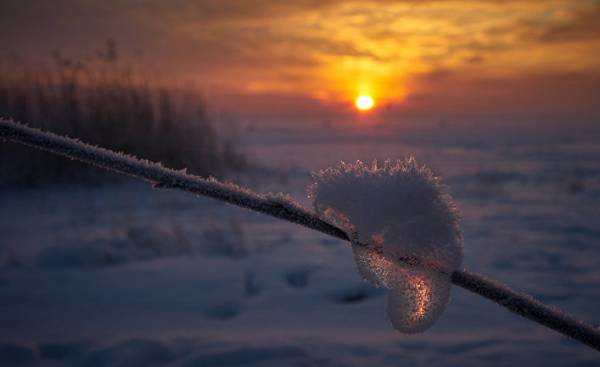 The knife is old and worn out. His wooden handle has already faded, and the blade rusted. Esko Malmi (Malmi, Esko) holds almost a half-meter knife carefully, as a child. On the blade it is possible to find the barely discernible inscription: Gladiator Messer.

“We call it the knife of Hitler, and this isn’t some toy. I remember a mother at one time they chopped the bone of the Christmas ham,” says Malmi.

The knife is still really sharp. Living in Vantaa, Malmi, Esko every day use a knife for cutting fish. He was always with him. And now he was with him at the cottage in Kouvola.

“Multifunctional knife, because his flexible blade. He is very dear to me. Sometimes if I’m doing something wrong, the wife is threatening to throw the knife.”

The path of the knife of Hitler to the kitchen Malmi was very long. He got him by inheritance from his father, who during the two wars (the Winter war and the continuation War — approx.ed.) was captain of the steam-powered icebreaker “Tarmo”. The story began 80 years ago.

In the cold the gun froze

Captain yrjö Malmi (Malmi Ilpo) rejected a blast wave to the Cabinet. He became the captain of the icebreaker “Tarmo” just a few weeks ago, Malmi immediately realized what happened.

It was January 1940, the thermometer showed 40 degrees below zero. Malmi came to dinner, when the Soviet Union began to bomb. This was the second attack on “Tarmo” during the day.

“Tarmo” was to capture the Islands Sommers, located at the entrance to the Bay of Virolahti, when on his way got up and began to attack Soviet icebreaker “Ermak” and battleship “Kazakhstan”. The crew of the “Ermak” took the icebreaker “Tarmo” for the most powerful Finnish battle ship “väinämöinen” and even called the bombers for reinforcements.

Gun “Tarmo” frozen in the cold, so icebreaker has abandoned the plan to seize the Islands Sommers and under the pressure of the fire receded. The Soviet bomb did not get into maneuvering the ship, and he came out of the attack without damage. Icebreaker went in the direction of Kotka.

The voyage was dangerous, because the air had a lot of Soviet bombers. Captain yrjö Malmi suggested commanders on Board the vessel to anchor off in front of the Kotka island Kiranmai, but they refused to do it.

By order of the Malmi sent a ship to the port of Kotka, where the paratroopers that had to occupy the island of Sommers, landed. Immediately after that, a Soviet bomber flying at an altitude of three kilometers, found “Tarmo” in the port and fired it up.

Bypassed in their careers Simo Chaohu

Two dvohsotkilohramovi bombs smashed the entire front of the ship. From the explosions of bombs killing 39 sailors, who at this time had lunch on the bow of the ship.

The ship was a clear hierarchy: the officers dined together with ordinary composition. Captain Malmi was saved because dined in the cabin at the stern of the ship.

“The ship burned for at least an hour before fire brigade. Firefighters were afraid of the explosions of shells, which were on Board, so did not come immediately. The father was thinking that if the bombs landed in the Central part of the ship, the boilers would have exploded,” says Esko Malmi.

Yrjö Malmi informed the authorities about the events that led to the tragedy. He soon received a letter from the defence Forces.

Malmi was promoted from Rangers to second Lieutenant.

The attack came on the day of the birth of yrjö Malmi.

“Father used to call his birthday is unlucky. He joked that Stalin gave him then a birthday two bombs,” says Esko Malmi.

March 12, 1940, Soviet troops attempted to strike at the rear of the Finnish defense, moving the thick ice on the tanks. The icebreaker “Tarmo” just finished repaired at the shipyard, Hietalahti in Helsinki, when he received orders to go to the Gulf of Finland to cut the path of the Soviet troops.

In the way of “Tarmo” had to observe radio silence, so the crew was completely cut off from the world. On the following day near the island Kaunissaari they were met by the skier and said that the war is over.

The winter war ended with the signing of the Moscow peace Treaty on 13 March 1940. The crew of “Tarmo” later learned that the Soviet planes found the ship before the announcement of the world. The icebreaker was easy to spot from the air on a hole that he left.

“Father always said that it would be his last flight. After all, he was like a suicide. The ship was very easy targets for tanks. Wouldn’t help, no weapons, “Tarmo” would be riddled like a sieve”.

“I would not have been if the world was not signed by then,” says Esko Malmi.

And hardly a knife Hitler got on Finnish cuisine.

Joint service “Tarmo” and captain yrjö Malmi continued during the continuation War. In 1942, the icebreaker was rushed to the Northern part of the Baltic sea to help the German linear ship “Helgoland”, which ran aground.

The crew of “Tarmo” under the command yrjö Malmi was removed from the German ship 650 German soldiers. The job was done in five days. The ship would also horses, artillery guns and other goods.

Malmi was the last man to leave “Helgoland”. He decided once more around the vehicle before you leave it. Passing the saloon, he saw the bas-relief of Hitler that hung on the wall. Malmi decided to take it off to leave a memory.

In the galley Malmi noticed a large kitchen knife. He and his brought.

This knife is the Malmi family for almost 80 years.

“It never even sharpened,” says Malmi.

In gratitude for the rescue of German soldiers, Hitler gave the Finnish captain a medal. These medals were awarded mainly diplomats.

The office of the captain saved

75 years later, Esko Malmi goes through the maze “Tarmo” just like at home. He first came to the ship of his father-a captain at the age of five, and as a child he spent a lot of time here.

“Father took me on long flights. “Tarmo” means a lot to me, it involves a lot of memories.”

The captain’s cabin looks the same as in the days of childhood Esko Malmi. On the table is a box of favorite cigars of captain. In the cabin there are hiding places for small ESCOs.

“In this cupboard I used to hide when father carried out his captain’s duties,” says Esko now.

Raised on the ship, the boy went in the footsteps of his father and grandfathers, he became a sailor.

A knife and a bas-relief Hitler went to Esko after his father’s death in 1969. Soon, Malmi gave the bas-relief in the Museum office of Finland. In 1970, the bas-relief was hung on the wall aft of the hold of the retired and later became a Museum “Tarmo”.

Three years “Tarmo” was closed to the public due to lack of funds. Last winter the ship was held at the shipyard in Sveaborg, where it was repaired ballast tanks.

The boat arrived to the port of Kotka in may, 1 July, was reopened for visitors. “Tarmo” you can go up to 3 September. 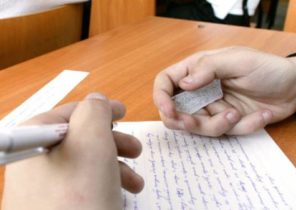