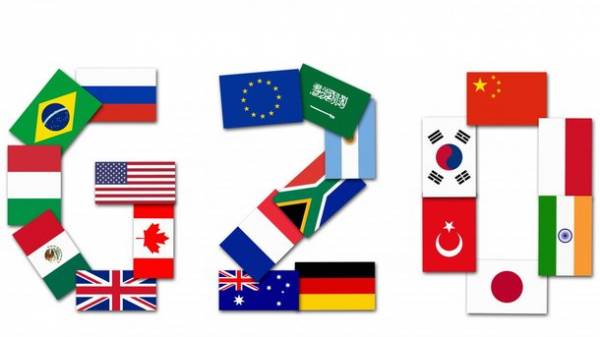 German Chancellor Angela Merkel, Russian President Vladimir Putin and President of France Emmanuel Makron will discuss on the sidelines of the G20 summit, the settlement of the Ukrainian crisis. On Wednesday, July 5, said the representative of the German government Steffen Seibert, reports “Ukrainian truth” with reference to Bild.

He did not specify what day of the summit will be held.

However, earlier, the Russian presidential aide Yuri Ushakov said that the three leaders will discuss the Ukrainian issue during a working Breakfast on 8 July.

Recall that now we are working on the preparation of a telephone conversation between the leaders of the “Norman format” with the participation of heads of Ukraine, Russia, Germany and France.

The President of France Emmanuel macron said earlier that in the framework of the “Norman format” we need to develop new terms to resolve the conflict in the Donbas.