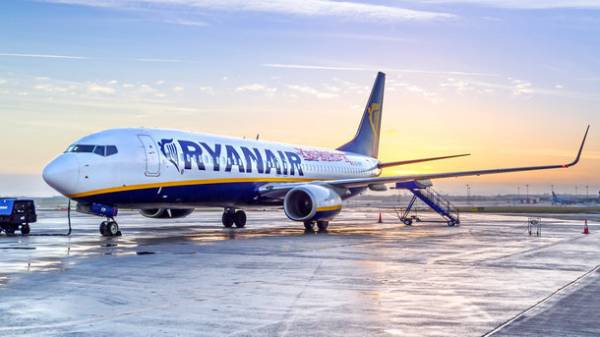 Boryspil international airport has signed a cooperation agreement with the airline Ryanair. About this on his page in Facebook wrote Director General of the airport Borispol Paul Ryabikin.

Key contributor to the formation of this contract Ryabikin called reducing the cost of the fee for a passenger service.

“It took us less than two weeks since the reduction of the cost base fee for passenger services (change in the order of the Ministry of infrastructure), which was the main limiting financial factor. The agreement has been approved by all services of the airport, and, very importantly, the external auditors, who endorse all weekend financial documents and contracts,” – said in the message.

Ryabikin also noted that not all desires Ryanair have been met in the contract.

“In particular in the direction of Kiev-London discount 80% not available as this is the direction for Boryspil airport it is not new,” – said in the message.

May 11 Ryabikin said that the airport “Borispol” expects to sign an agreement with the largest European low-cost airline Ryanair after 5 July 2017.