The British defense today, there is gaping holes, because our ships are so noisy that Russian submarines can hear them from a distance of 100 miles. Our drones for a billion pounds was ordered 12 years ago, but never entered service. And our light tanks are too large and do not fit inside the transport aircraft.

The Sunday Times had a journalistic investigation and found defects in military equipment and confusion in procurement contracts just at the moment when there is increasing concern about the fact that British forces will not be able to defend the country against a serious military attack.

The Sunday Times found the following:

— Enemy submarines can detect our destroyers of the “Daring” worth a billion pounds apiece at a distance of 100 miles, as those under the thundering water as a “box spanner”, said the former head of the operative Department of the Ministry of defence rear Admiral Chris parry (Chris Parry).

To the command of the Navy allegations that prospective frigate “Type 26” “will gold” because it insists on its deck could sit down Chinook helicopters during special operations. This project was delayed and its cost dramatically increased, from-for what the Ministry of defence has reduced the number of frigates from 13 to eight. And can be reduced even more.

— The new light armored vehicle “Ajax” is too big and does not fit in the main transport aircraft of the Royal air force A400M without partial disassembly. These machines, which spent 3.5 billion pounds, need to quickly enter the territory of the enemy, but experts believe that in the case of airlift her support will have to allocate the tap.

And reconnaissance unmanned aerial vehicles of the land forces Watchkeeper (54 pieces) worth 1.2 billion pounds was ordered 12 years ago, but never entered service due to a number of technical flaws.

— New aircraft of naval intelligence, purchased for the British air force under contract for three billion pounds, “unable to perform all of the assigned combat tasks” and vulnerable to cyber attacks, as described in the American military report.

Six destroyers of the “Daring” there are problems with the power plant, which they can’t operate in the warm seas. For each ship set new diesel generators, for which the Board of the destroyer have to cut the hole. Sources in the Navy I believe that the repair work will take about nine years.

This week, Perry admitted that he wrote the concept of the use of destroyers of the “Daring”, pointing out that their design should ensure the normal operation of the vehicle at the temperature from +50 to -20 degrees Celsius.

Perry, once the commander of the destroyer “Type 42” to “Gloucester”, stated that the destroyers of the “Daring” under water “noisy as hell”, which Russian submarines find them at a great distance. According to him, the Ministry of defence “invested” in the modern anti-aircraft and anti-missile system, but “did not think about the anti-submarine component”.

The Admiral said that after the end of the cold war, the Navy did not pay enough attention to reduce the noise of their destroyers, as the threat of the Russian submarine fleet has decreased.

However, Russia has invested in the development and construction of submarines of project 877 “Halibut”, which Western naval experts was given the nickname “Black hole” for high stealth.

“We are on my destroyer insert small wooden wedges between the hatch cover and lock, so they are not rattled, and to reduce the noise of the ship,’ said Perry. — We all forgot. It’s crazy. Noise reduction is probably the biggest problem after the cold war, which people happily ignore”.

The Ministry of defence said that the destroyer of the “Daring” this is ship defense, and therefore the noise for him “not the main requirement.”

Admiral sir mark Stanhope (Mark Stanhope), who served as chief of naval staff, said that the low noise design of the ship is very expensive. “Cancelling the need for those ships that detect and follow submarines. We are in the design not even thinking about how to make “Daring” low noise”.

General sir Richard Barrons (Richard Barrons) said that the cost of the most expensive and complex projects such as submarines and warships, increase by 7-11 percent per year, and this is partly due to the fact that the government buys the most advanced machinery and equipment total at several large defense contractors.

“If you buy subs in one place — and it is a requirement of industrial and security policy — then you need to be prepared for additional costs. This is the harsh reality of life,” said Barrons.

Meanwhile, the leadership of the military will have a period of 10 years, annual savings of one billion pounds to raise money for “unfunded” plan for the purchase of military equipment.

John Louth (Louth John), who heads the Royal Institute for defense studies, said this week that the defence Ministry’s budget is currently approximately in the same position as it was before the 2010 General elections, when it was necessary to plug a multibillion-dollar black hole.

The former Director of the Institute Michael Clarke (Michael Clarke) said: “After a period of financial discipline from 2010 to 2015, the probability that the Ministry of defence again take up the old, postponing projects, reducing the technical requirements and combining the old system with more expensive programs extend services”.

Barrons, urged the government to modernize the armed forces so they can confront threats from a growing Russia, and warned that Britain needs to improve its cyber and air defense to fight a conventional ballistic and cruise missiles.

Due to many years of cash reductions to the military army, Navy and air force was left with a “vital minimum” of military equipment and reserves of material-technical means. “We are dealing with a repetitive process of weakening the armed forces, which came close to the point of no return,” said Barrons.

The Ministry of defense said that the military budget in Britain, the largest in Europe, and that it is “increasing every year”. Additionally it said: “We focused on the implementation of financial programs available and efficiently use taxpayer money, supplying the armed forces the most modern military equipment, which is necessary to ensure the safety of the country.” 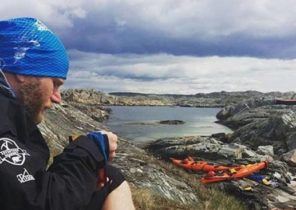