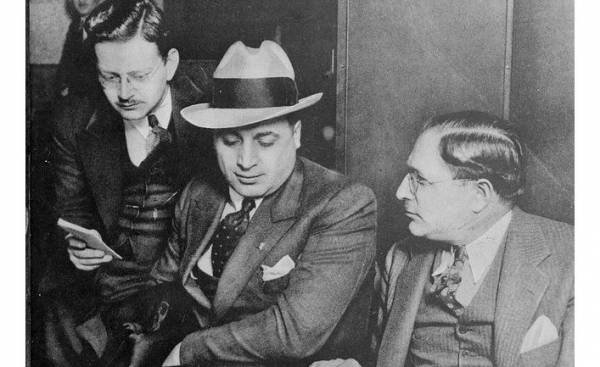 “Cicero vote, despite the excesses of the crime” — this was one of the headlines of the Chicago Daily Tribune of April 2, 1924. Two days before Cicero, which is a suburb of Chicago, a wave of violence.

People famous gangster al Capone raided in this city and started to beat, shoot and kidnap its inhabitants to force them to vote for candidates who patronized Capone. People Capone was riddled with bullets, the democratic candidate for the seat of Secretary of the city Council right in front of his wife and son. Gangsters have opened heavy fire at every opportunity, and “local police were powerless before them”. Criminals “running around the streets… stealing workers polling stations”.

Despite such a blatant attack on the election in Cicero, Capone managed to avoid responsibility for their actions. Although four of his thugs ended up in jail for those excesses, which they arranged in connection with the election, Capone himself remained at large and “calmly walked on Cicero Avenue”.

Now, almost 100 years after the attacks on Capone on election in Cicero, there was a very similar event, only now on a national scale. During the US presidential election of 2016, Russian President Vladimir Putin ordered to launch an attack on American democracy.

On his orders the Russian army of trolls in social networks “riddled with bullets” campaign of Hillary Clinton and Marco Rubio (Marco Rubio), opened them against the barrage of “fake news” and “stole” these politicians, having made hacking attacks on their computer systems and email. Like Capone, Putin has not suffered almost no penalty for meddling in the elections: the only measure taken against him was the introduction of the Obama administration, a series of sanctions against Moscow.

However, the behavior of Putin — unlike Capone — has implications that go far beyond the question of who controls the city Council. Russia’s intervention in the election of 2016 is part of a larger campaign aimed at undermining the foundations of liberal democracy worldwide and to promote anti-utopian order of corrupt dictatorships, led by despots.

Russia has already intervened in the politics of the Netherlands, France, Germany, UK and Eastern Europe in support of radical parties and movements, whose interests coincide with the interests of the Kremlin. Moscow has also infected Europe with the virus of corruption, using money laundering schemes, bribery and blackmail so that European leaders could not resist the aggression of Russia.

The Russian government behaves the same way, how to behave our gangsters of the prohibition era: it intervenes in elections, pay politicians for their support, and commit crimes. Just as the American government fought tirelessly against organized crime, today’s members of Congress should make every effort to repel the attacks of the Russian autocracy.

In our new work entitled “the Last straw: the answer to anti-Western Russian aggression” (The Last Straw: Responding to Russia’s Anti-Western Aggression) we offer two main ways in which the U.S. congressmen can go to rebuff Moscow.

First, it is worth remembering that the authorities managed to pacify Capone initiated against him due to the investigation. We therefore recommend that you fight the influence of Russia through active investigation of Russian interference in presidential elections and possible relationships between the aides of trump and Moscow. As part of these investigations, the experts should verify all information and to pay special attention to network of suspicious relations between approximations trump and representatives of the Russian government and intelligence services.

Second, just as the American authorities managed to develop a multilateral strategy allowing them to bring Capone to justice and to prevent him from committing new crimes, we now need to develop the same approach, which will enable us to prosecute Russia and to prevent the aggression from her in the future.

In addition, we also offer you to enter against Russia additional sanctions and to tighten control over the compliance with existing sanctions, to increase funding for the justice Department to more effectively prosecute the Russian criminals, to strengthen measures to ensure transparency in the USA and in the world, to establish partnerships with the private sector to fight the Russian trolls and fake news, and to strengthen cooperation with our allies in NATO and the EU to counter Russian aggression.

Interference Capone in the polls allowed him at that moment to become the de facto leader of Cicero. But in the end, investigations and comprehensive measures taken by law enforcement, he was in Alcatraz. Although, in the end, Capone is still out on the freedom, jail, and illness broke the famous “Scarface”, he has lost his connection with his criminal Empire and could no longer rioted in American society.

Putin’s intervention in the presidential elections in 2016 and the policy of foreign States has allowed Russia to obtain such an effect, which it had since the end of the cold war. But now that the U.S. Congress is actively investigating Russia’s intervention in the elections and take comprehensive measures in order to attract Russia to justice and to prevent aggression in the future, the oppressive influence of Russia, too, can “break”. The sovereignty and freedom of America and other democracies can do to defend against gangsterism of Putin.

Gary Ashcroft is a scientific employee of the national security Program at Third Way — a centrist think tank, which tries to reconcile the positions of the right and left, defending the need for a synthesis of the economic solutions proposed by the right, and social policy proposed by the left. 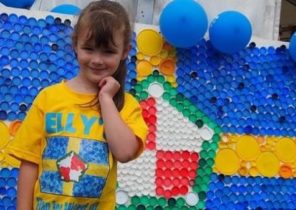