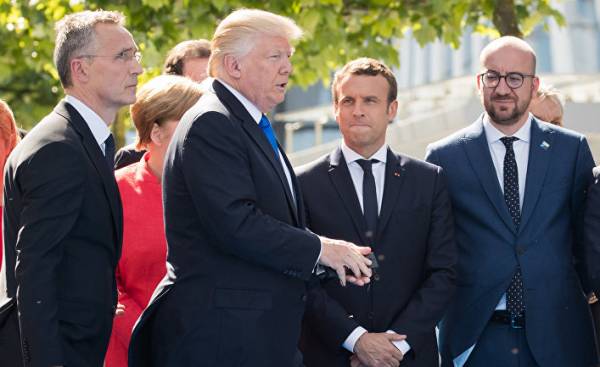 The meeting of defense Ministers was held under the sign of secret negotiations about nuclear weapons and the desire of NATO to increase military muscle. And all tried to bury the differences related to the distribution of burdens between the United States and other members of the Alliance.

The Minister of defence of the USA James Mattis, as usual, first took the floor, when the defense Ministers of NATO countries on Thursday met for the first time again after a failed summit a month ago.

Then President trump sowed even more doubt about the US commitment to come to the rescue of every country in the Alliance in case of attack on her. It was a real shock to other heads of state and government and was heavily poisoned relations across the Atlantic. The fact that trump is subsequently given at a press conference, reiterated his personal support to the so-called musketeer’s oath was not enough to heal the wounds.

So when Mattis took the floor after opening the meeting, said it had listened very carefully, and the Minister of defence and representative of the Left party Klaus of Aorta Frederiksen (Claus Hjort Frederiksen), American Minister, expectations are not deceived. What Mattis said was very clear:

“The United States fully support musketeer oath of NATO, which means that if the attack exposed any of the NATO countries, the revenue it will the entire Alliance.

“It is clear that in respect of article 5 (musketeer oath — ed.) some time was the issue. There were no questions when he talked with the Ministers of defense and the Secretary of state, adviser on national security or the us Congress. But we can all admit that the President took a little more time to say it,” said Klaus yort Frederiksen during a break in the meeting.

— I can’t seem to interpret the motives, but now all doubts behind. And Mattis at the meeting stressed this very clearly. He confirmed that the United States and Europe in NATO — shoulder to shoulder.

And the pieces glued together after the summit?

— Frankly speaking, we who know the system, never really had a doubt. We can say that we all agree that said trump. On defense we need to spend more, and we should appreciate the fact that trump has focused this debate and can now rejoice in the fact that defense spending is growing.

And trump wisely solved this problem?

I can’t judge. But I can understand what he says, namely, that American citizens are surprised that they have to pay more, while Europeans do not.

Nuclear strategy of NATO towards Russia was the second part of the basic foundations of the Alliance discussed at the meeting. The contents of the debate was completely closed. Plans concerning when NATO is ready to use nuclear weapons can be discussed with the observance of absolute secrecy. But the meeting members were informed that both Russia and the US are modernizing their nuclear weapons.

Russia was also at the center of one of the topics of the meeting: four-year plan to build strength. Those involved in planning, for the first time in 2013 gave a comprehensive assessment of what armed forces need to solve different tasks — from fighting international terrorism to response to growing Russian aggression in Europe.

Russia has not yet annexed Crimea and war in Eastern Ukraine has not started yet, when the experts in 2013 formulated the wishes of the members of the Alliance. But the threat to the Baltic member States and the unpredictability of Russia meant a renewed focus on confrontation with a modern military machine. Not only in asymmetrical warfare against people with primitive weapons and great boldness far from European borders.

At his press conference, NATO Secretary General Jens Stoltenberg stressed that the new situation in the field of security policies in Europe poses new challenges.

“We need heavier, faster and more modern defensive systems. This applies in particular to aircraft that can operate in areas with strong air defense, and to improve air defense for the ships of NATO,” — said Jens Stoltenberg.

He also pointed to the need for more aircraft to refuel, which can refuel military planes in the air. During the air war with the dictator Gaddafi, Libya has turned out that in this area, NATO is completely dependent on American refueling aircraft.

The exact content of the new goals has not yet become public, individual members of the Alliance until they can decide what they focus on. But the defense Minister Claus Frederiksen yort emphasized that security in the Baltic sea and the Baltic States — major political and military challenge for Denmark and the Danish contribution to NATO in the coming years.

“We will continue to meet our international objectives related to the fight against terror, but Denmark will focus on effective military deterrence in the Baltic sea”, — said the Minister of defence.

This means that the government talks about spending on defense in the fall — it will stand for “a substantial increase” in the military budget — would like to start the creation of an independent Danish brigade, which can be used on the clearly marked section of the front.

Team log-in which will probably be 4 000-4 500 soldiers, should have the tanks, guns, logistics and management to be independent, but this does not mean that the government has already agreed to increase the army to over 4 000 soldiers.

In addition, Klaus yort Frederiksen pointed to the fact that you need better equipment to monitor submarines and for close air defence on the Danish frigates, which should be able to protect Denmark from the Russian missiles, it is in these areas and should strengthen the Danish armed forces. 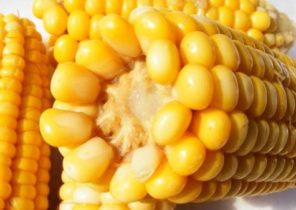