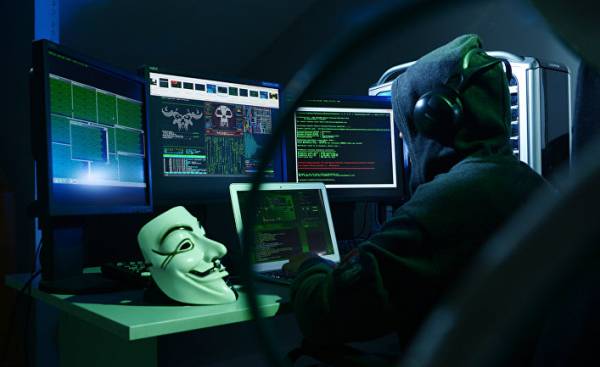 47-year-old Timothy Snyder (Timothy Snyder) teaches history at Yale University. He became famous with his book “Blood of the earth” (Bloodlands), which drew the attention of readers on the territory stretching from Poland through the Baltic States, Ukraine and Belarus to Russia. Between 1933 and 1945 there were killed a total of 14 million people. After winning Donald trump on the election of the President of the United States the historian also spoke on the political subject and described on his page on Facebook, and then — and in his new book “On tyranny”, the lessons of the twentieth century for today’s America.

Der Tagesspiegel: Mr. Snyder, as a historian you study the history of Eastern Europe and the Holocaust. Why after winning Donald trump’s election in the US, you appealed to the public with a Manifesto on the 20 lessons which should be learned from the history of the twentieth century?

Timothy Snyder: In this book, I wanted to tell the Americans something useful in a time when many millions of people have experienced uncertainty about the future and wondered what to do next. This cannot be called a historical book, but if it wasn’t history, I wouldn’t be able to write it. I consider America a land of opportunity, but a little differently than others. I think it is possible some of the things that most Americans would not consider as such. Inclined to identify themselves with people from the 1930-ies or 1940-ies, the research that I did. I have friends in such countries as Russia, Ukraine, Poland and Hungary, where democracy or none at all, or she is under threat. Their world to me is as real as America. Unlike most, they believed victory trump’s possible, because I already knew what “fake news” and postmodern populism. One Ukrainian journalist, during the American election campaign turned up in Ohio in a few days wrote to me: “He wins!”

— You write that everything that happened in the US in 2016, had already happened in Ukraine. What do you mean?

Americans and Europeans still think that history is made in the West, and from there it moves to the East. But after ten years everything is exactly the opposite. Kleptocracy, manipulation of the media and cyber war came from the East to the West. We were too arrogant and cocky to realize it. The key event was Russia’s invasion of Ukraine in 2014. However, there is propaganda Moscow’s tactics really didn’t work. But in Germany and in the USA it worked perfectly. 2016 in the US has become the same as 2014 in Ukraine — not military invasion. The Russian had a candidate whom they supported by an information and hacker attacks. We ended up in this information war even more vulnerable than Ukraine. Russia won in the United States of cyberwar — but not in Ukraine. Weapon was Donald trump.

— How should America respond?

We would have to understand that this was the beginning of attempts to destroy the West is to alienate the US from Europe and divide the European Union. In the end, Russia has managed to influence American policy. The Obama administration was, in this sense, incredibly indifferent. When last summer we were attacked, the Obama administration in June knew what had happened. But it does not see in it anything terrible and was sure that Hillary Clinton will win and so.

You at the very beginning of the Ukrainian conflict have pointed out that the Russian propaganda had an effect in the West, for example that on the Maidan and later in the Ukrainian government allegedly began to dominate the Nazis, or that Ukraine at least split in two. Why these allegations had in the West for such a great response?

— Russian propaganda has worked because acts purposefully. Approval of a split of Ukraine, with the split for reasons of culture, made people believe that nothing can be done about it. This is exactly what was achieved by Russia. These allegations were aimed at our complacency and laziness. The assertion that the democratic movement in Ukraine is actually a Nazi, was sent to the European and especially the German left. At the same time Russia told the European and American right that the Democrats in Ukraine “decadent” and “homosexual”. Thus, there were two conflicting propaganda “branches” aimed at different “target audiences”. That’s why we fell for this propaganda. And when after a few months realized that all this was folly, it was too late — the damage is done.

— What are the lessons the West can learn from the Ukrainian experience?

— War of Russia against Ukraine initially was aimed against the West. The decisive question was whether there will be a unified EU and will he be able to accept new members, and whether States become legal, to join the EU. The Russian President knows that the Russian legal government will not, therefore, it was necessary to prevent the transformation of Ukraine, and also in a legal state. Aggression against Ukraine is aimed also against the idea of the European Union. Because while there is the EU, it will require from different countries, so that they were legal States and will remain open for new members. At the same time, the argument of Russia was shifted from the political to the cultural, legal to “civilization”. The Russian leadership realized that Russia can stand before the world as a “lighthouse” right, Christian civilization, and it changes the whole discourse.

— What exactly does that mean?

We’re not talking about poverty or kleptocracy in Russia. Instead, we’re talking about values. When European right-wing forces with admiration talking about Russia, they imagine a sort of “white and fluffy” Christian utopia, which this country certainly is not. The EU needs to understand that is being attacked. The Russian regime not believe that they can continue to stay in power until there is EU. The most important weapon for this attack is cheap and easy to use: you just need to cause people insecurity and distrust of the rule of law. What public debate is filled with endless lies and contradictions. This is a very clever strategy, which had hitherto been very effective. If Europeans do not realize what is happening, then this strategy will have great success.

— After 1989 in Europe, many decided that now and in the East of the continent the situation will automatically develop in the direction of democracy and the rule of the law. But now it seems that we are seeing in many countries, the surge of right-wing populism that led to the success of trump in the US, and thus there is a movement in the opposite direction, isn’t it?

— I think that in 1989 the West and primarily the US behaved properly. They decided that the collapse of communism meant that the Communists mistakenly interpreted the situation, and they were right. But in reality, both interpretations proved to be incorrect, including the assertion that capitalism automatically leads to democracy. The idea that the history of communism came to an end and that there are no more alternatives other than a liberal democracy, it was very destructive. We were disarmed, both conceptually and historically. Because we incorrectly treated the legacy of 1989, subsequent generations have grown up not having a sense of historical possibilities. We decided to get rid of history. Now many simply hard to imagine what could be alternative. Whoever wants a world without democracy, can not imagine that he would have to lose — for example, your current standard of living or the opportunity to travel.

— Why is the US so many “led” on the promises allegedly strong leader who despises democratic institutions and the media?

— The main topic was social inequality. The assumption that capitalism is able to cope with their problems on their own, took place in the 1920-ies. In the 1930s, we have seen that it is not. But the lesson we’ve forgotten. In the United States is incredibly a large amount of property concentrated in the hands of very few people, and a huge part of this property is offshore. The residents of Kansas or Ohio have the feeling that the US is evolving toward oligarchy. Trump has put forward an argument that could lead ten years ago: Yes, it is oligarchy, but I’m your tycoon, and you can trust me because I am the same as you. This, of course, completely wrong. But this argument seems persuasive when people think that we live in a world of inequality and injustice. They think that the American dream has collapsed: it was one of the main themes that were raised by the tramp, and the audience is “seduced” on it. He was able to promise him everything will be fine again, at least for white men.

— Against the people around trump’s now under investigation for their contacts with Russia. In the media there are more and more revelations. Trump need to protect themselves?

— On the one hand, his position has been called into question after the subject of his contacts with Russia engaged not only the media but also the judiciary. There is no doubt that he is hurting and that he felt a threat. However, on the other hand, this situation allows him to stand in the way of the victim, and he does that like no other. Trump world champion is to appear in the role of victim, although he is the President of the most powerful country in the world. The people supporting him, he now says: I got the “under attack”, see how I have to fight against the hidden forces that hunt me. In General, trump’s too bad that he won the election thanks to the Russian “intervention”. But even worse for him is if he can prove that he or his entourage knew about it in advance or even cooperated with the Russians.

— What needs to happen to even the supporters of trump began to raise questions?

— This is a very interesting question. USA and the polarization of the local media should serve as a warning for Europe. One of the reasons why France defeated Emmanuel macron, and not marine Le Pen, is that there is still a high level of journalism. In the USA the so-called quality media found out almost everything we now know about the government of trump, but quantitatively they are very weak, if you look at how many people really read and share this information with others. About 25% of the population in General are beyond the reach of media, specializing in investigations and guided in their work by the real facts. Six American journalists could see how trump has received one billion rubles from Putin directly in front of the cameras. But for a quarter of the US population that would not have played any role. Hannah Arendt (Hannah Arendt) stressed that there is a conspiracy theory. If someone decided that trump is a victim and everyone is just doing what hunting him, it seems that all that actually weakens the story, in fact it confirms it. Trump in this great master. All that is true, he calls “fake news.”

— Now speak about “after action reviews the age.” It really is the state to which we should get used to?

— It would be very dangerous. Russian propaganda is important not to make people into something they believed, the purpose of this propaganda and modern authoritarianism in General — make it so that no one else may not believe in anything and nobody else knows what is actually true. Because if there is no truth, it is impossible to build a civil society. So “after action reviews” are actually incredibly dangerous. It was a real weapon. 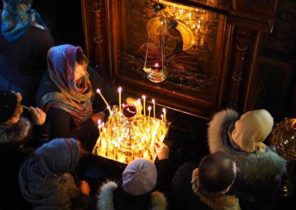