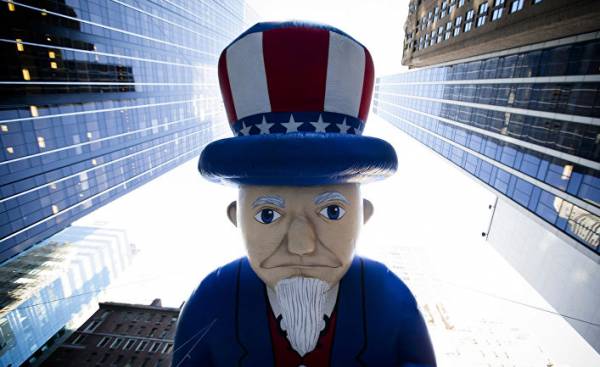 Why now in academic circles and in international and even Arab media prefer to use the term “Arab world” and not “middle East”? Have we lost hope to build a joint economic and political partnership and cooperation?

Do we need to give lessons to the national education and awareness in secondary schools? Despite the illness reality.. Arab conflicts, conspiracies, contradictions. Students had freedom of speech and use it every day in educational institutions in debates and discussions, and outside social networks. They know that painful reality is contrary to all that they learn in the classroom that have lost their value, as they have no use.

The decision on rupture of relations

After the Saudi Arabia and the United Arab Emirates, Bahrain, Egypt, Yemen, Libya, Mauritania and the Comoros Islands due to number of reasons has decided to break off relations with Qatar, Jordan and Djibouti reduced its diplomatic mission in that state. First and foremost, countries are trying to preserve and ensure the safety of Saudi Arabia, which was attacked by Qatar, whose purpose is the destruction of unity within the Kingdom. In addition, the reason for the breakup was that Qatar wants to intervene in the internal Affairs of Bahrain to overthrow the regime in Manama, and that the government supports the group “Muslim brotherhood” in Egypt, which has been declared a terrorist organization. Qatar have warmed on the breast of many extremist groups.

Why such a decision was not made at the level of the Arab League?!

What is the meaning of the existence of the League of Arab States in the light of the emergence of other regional organizations, such as the cooperation Council for the Arab States of the Persian Gulf or the Union of the Arab Maghreb countries? The Arab world has become a dream, a song text or Opera, which recalls the Arab people during the painful battles and skirmishes at the national level, saying “My Motherland is the great Motherland”.

In connection with the current Arab crisis with Qatar, I recall a famous riddle that ten years ago I went to our community and we passed from mouth to mouth: “What is this Arab state… if we put a point over his name, it turns into the name of the Arab leader?” We tell her, despite the fact that Kutuzov in origin, not Arab. The Mamluk Sultan, defeated the Mongols at the battle of ain Julat (1260 year — approx. ed.) that in present time is awesome and inspiring mystery.

Whether the decision of Arab countries to unite against the Emirate, funding international terrorism, a powerful and influential? Perhaps it will stimulate an inspiring step. We hope that these countries, under the auspices of the League of Arab States will be able to re-form a new strategy of cooperation and partnership. It will be a step towards the unification of the Arab world, which will be able to cope with the current problems that plague the region, and encourage countries to create a common economic engine, which, in turn, will promote the formation of a political Union that could lead to prosperity and security.

It is obvious that until now the dialogue and mediation has not helped to solve this crisis because of its persistence and deadlock positions of Qatar, ambitions and aspirations that are intertwined with Iran and Turkey. Was it necessary to dismiss or get rid of the head of this regime, which has become a burden and direct threat to the national security of the Arab countries?

It became clear that technology and social media have played a negative role in Arab society, in the hands of his enemies, because they just simplified their task and purpose. The Arabs have published a video in social networks, which claimed that the custodian of the two Holy mosques king Salman bin Abdul-Aziz al Saud ordered the confiscation of the whole of Qatar ownership in the Kingdom of Saudi Arabia, and subsequent transfer to the people. In fact, the video was filmed in two different locations: the first in Saudi Arabia after one of the stores has announced a huge discount, and the second part in the shopping center “Khalid” in Abu Dhabi, following the announcement that the discount reached 50%.

This behavior and actions only contribute to the separation and distancing, and, of course, should be carefully studied, before we once again are faced with the fact that our enemy broadcasts and publishes in social networks. The Emir of Qatar will not be long to lead the country, and sooner or later disappear from our sight, and then I will hope for a better future for the Arab people. Yes, international relations is dominated by the principle of benefits, not emotions. I believe that the only beneficiaries in this Arab-Arab conflict are Israel, Iran, Turkey and America, who feed and are fed these disagreements and separation.

The news about the successful conclusion of the transaction of Washington relating to the sale of 72 F-15 fighters to Qatar, shocking and surprising. In addition, this is enough to confirm who benefits from regional disputes and confrontations, not even the breeding of war or armed conflict. Arab rulers have enough stagnation in the region in all its meanings, and they are ready to buy hundreds of billions of dollars, the approval of uncle Sam.

Why we know where our benefits and what our Forte, but it doesn’t come to our mind? Arab rulers rush to support and assist strategic opponents, and we need to focus on each other. Why should we pay for the mistakes of their rulers? Collective responsibility only because of indifference and inaction. We should bear this responsibility, enough of this cowardice and ignoring the present, determine what is actually reality. We are in a war that uses tactics and methods of the era of technology, but we are all soldiers in this battle. Allah decides who will live and who will die… We will return to this issue if we remain alive.