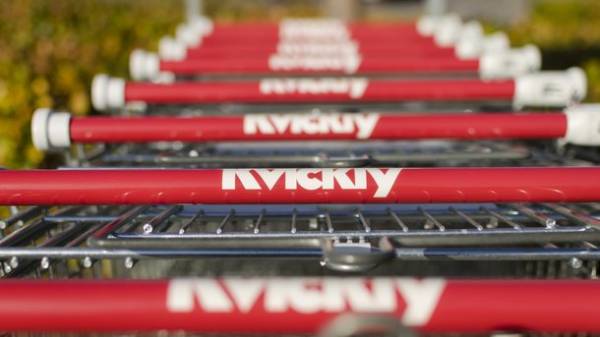 In General, every year in Ukraine is fixed by 1-2 transactions for acquisition of retail chains. Experts explain why retailers in the country will be less, writes UBR.

As a rule, large networks are increasing their space and increasing their presence in the regions, by buying out local players or part of their networks in place AMSTOR opened “Silpo”, VARUS acquired the assets of Crossroads, etc.

Therefore, as described in the Association of retailers of Ukraine, large operators in General are interested in buying small networks for small money, these stores can be quickly integrated into existing network.

However, if the current owners of retail chains willing to go out of business, and not expose their assets inflated price tags, there are other major acquisitions. But, as practice shows, the prices the sellers just keep to latest and drop them very reluctantly.

“Sellers want to help their stores at least as much as they spent on their discovery. Therefore, it is not surprising that the price tag is too high. The asset may be exposed for half a billion dollars, although the market value of only $ 200 million. However, count on the fact that the price tags in the near future will be reduced — not necessary”, — said the Director of the Association of retailers of Ukraine Oleksiy Doroshenko.

In the long term, the market may be only large networkers

Withdraw from the market, firstly, those who have been looking for buyers for its assets (“Caravan”), and secondly, forced to adjust development strategy (BILLA left the Kharkov and Zaporozhye, EVROTEK sold part of ATB stores), and thirdly, being in the center of corporate conflicts (AMSTOR), and, finally, fourth, the network failed to cope with the debt load and falling revenues during the crisis.

“Now on the market there are about 130 operators — it is very much. In the same Poland they are about 30. We go often regional players, or small capital. In the long term, the market may be only large distributors. At the same time, remain popular and the stores format “at home”,” — said the Director of the research company GT Partners Ukraine Igor Guglya.

As a rule, the emergence in the regions of large international operators is forcing local players to adjust pricing to survive in the competition. Due to the huge volume of sales and margin of safety the same “Auchan” can afford to work with a smaller margin than, for example, worked as “Caravan”. This will also affect other operators.

So, especially at first, after the start of “Auchan” in new cities you can expect lower prices for some products, given the aggressive marketing policy of the French and numerous promotions and discounts, experts say.

Many retailers focus on the commodities is sold by weight sugar, grains, eggs without packing on the goods the sellers do discounts at a loss to attract the attention of customers and to ensure their flow. However, nothing prevents to raise prices, say, meat and dairy group — sausage, cheese and everything that is tied to gasoline and transportation.

As noted by the Director of the Ukrainian trade Guild (UTG) Eugene Loktionova, commodity prices for the six months increased on average by 10%, to a lesser extent this applies to social products. And by the end of 2017 the prices will continue to rise.

“The market is not growing. The buyer is constantly looking for the cheapest, so we have popular markets where there is no fixed price tag, including VAT, where people can bargain. In turn, the manufacturer is trying to reduce the cost of goods from raw materials of lower quality and by saving on packaging,” — said the press service of the WOG.

As explained, Loktionova, are now actively developing not only food retail but also foodservice industry (restaurants, food courts), network electronics. The trend of this year — the outlet malls (outlet stores), pharmacy, perfume, underwear, Shoe stores. But bookstores is getting smaller.

The problem of Ukrainian retail is a lack of quality retail space. If the operators of the jewelry, cosmetic and fashion retailers focus on a relatively small area in the shopping center or street retail, large chain stores to find the room of the right size is not easy.

“A new high-quality square find problematic, so the larger operators partly oriented to the absorption of small networks, which owns sites in the best locations,” reported the Association of retailers of Ukraine.