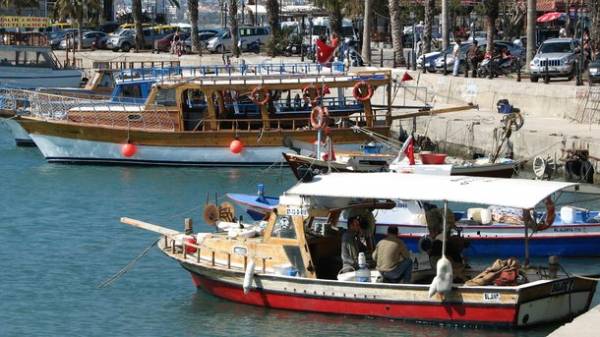 Once I confess: I didn’t want to leave. Because I promised myself I will return to in great detail and slowly walk around the courtyards of the old part of Antalya. Smelling of spice and incense, they go to the yacht port and like Italy, its southern part. What’s interesting: the day is full of medieval calm, but by nightfall, the old city turns into a mega club night with entertainment for every taste.

Here you will not be missed by the hand in hopes to sell something. Although, of course, to sell the Turks know and love, especially love to bargain. Yield is not very much (I was able to “knock off” a couple of dollars), but the process gives enormous pleasure. And for lovers of European shopping Turks built in every big city around the Mall with international brands. And pay there can be and dollars, and the Lira, and the Euro — does not matter. Moreover, if you want to exchange money at a good rate, pay a $ … the supermarket (in our case it was a “Migros”): they will give the TL on the state course! All the shops and Spa centers, you can also pay by card. And if you have cash left in the room will meet your needs and allow you to pass the envelope through the driver. In short, every whim for your money.

SECURITY. Separately pleased that in Turkey distinguish the Ukrainians from the Russians! The hotel leaders repeatedly stressed that Ukrainians began to come more often. If you say that you are from Ukraine, from Kiev, the Turks begin to smile and say: “Kiev is beautiful! This is not Russia!” and show their pages in social networks — friends from Ukraine. Contrary to information attacks by Russian mass media, in Antalya is completely safe. And certainly nothing to be afraid of tourists. “Of course you can go beyond the hotels and to be sure you are guarding, you can walk safely and walk the stores,” the first day of the rest assured us a top Manager of hotel Avangard Adha Ismail. 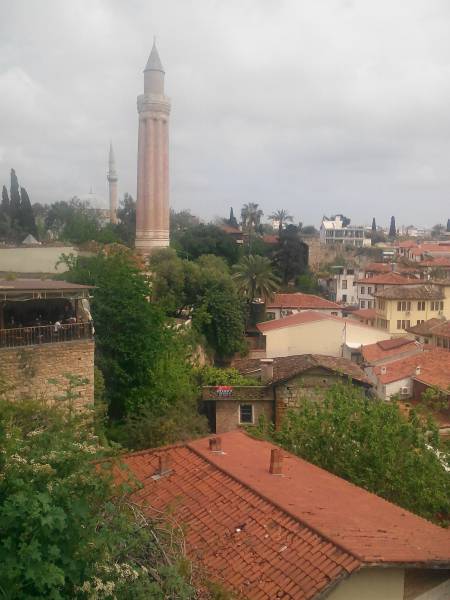 TASTE OF ANTALYA. Here, as the Georgians in Batumi, drinking coffee is a ritual. But don’t expect that you will be served espresso, and even more so — us: here you need to drink Turkish coffee, with froth, with delight. And tea here can and does zapote to death! It is served in transparent glass cups, narrower in the middle. Such dishes are called “a mess”. Well, if you ask for “rabbit blood” (so-called perfect tea color) you will accept for your. And of course, Turkish delight — so many types that dazzled even those who did not love him! Also, be sure to try the local ice cream: the consistency is more viscous than ours, because with it you can do anything — the kids just squeal with delight. And, of course, try the Adana kebab (lamb and beef, flavored with sheep’s tail fat) is one of the most famous dishes of Anatolian cuisine. 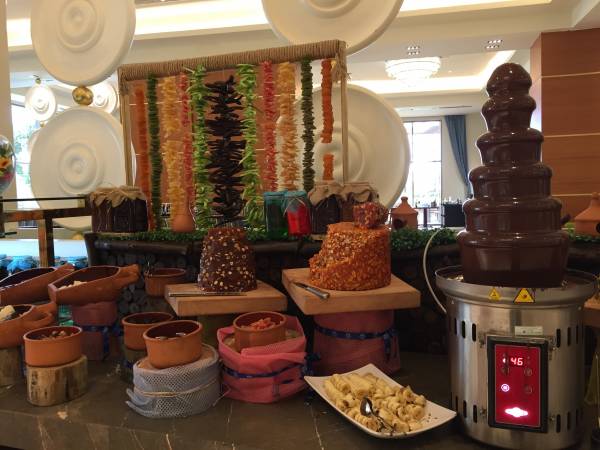 Turkish delight-mountain. Cut with a knife

But when I returned home, I tried to cook Turkish coffee (in the Cup and cezve) — it turned out disgusting. Turkish tea is brewed in a teapot, as usual, had a very mediocre taste and the color was nothing like the “rabbit blood” and a Turkish delight despicable melted. In short, as for me, all of the above is delicious in Turkey and to drag the bags tea and coffee from there, I absolutely will not. But the Turkish delight should be wrapped tightly in cellophane and not buy it on the street, in supermarkets or patisseries — then he will surely be fresh. 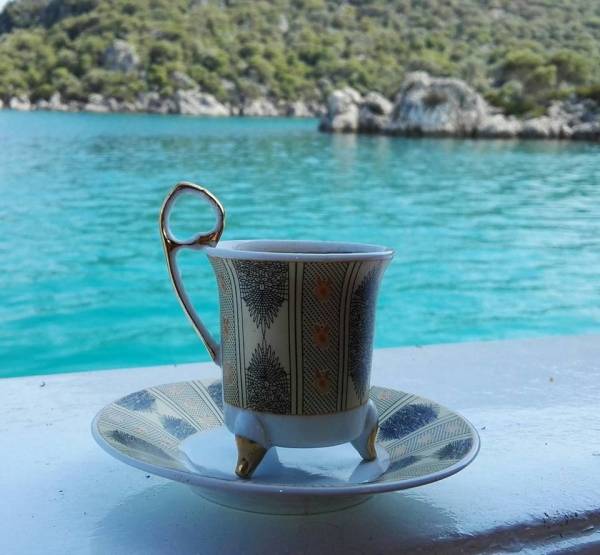 COAST. The most crowded resort region of the country — the Antalya coast (resorts Antalya, Kemer, Belek, side, Alanya), on the Mediterranean sea. On the Aegean coast (Marmaris, Bodrum, Kusadasi, Izmir), the season starts a little later, and the sea in early summer are slightly cooler. The beaches on the Antalya coast for every taste and pebbly, and sandy. The presence of pebbles ensures the purity of water, but for children they are not too comfortable. Therefore, in Kemer on the hotel beaches each season imported new sand. If you are very essentially, that it was just sand — you should choose Antalya, Belek or side. Pricing the Mediterranean coast can be divided into three types. The most expensive trees. Here’s all 5* hotels, huge Golf courses, but around — no mountains, no antiquities. Followed Kemer, side and Antalya (where comfort and antiquity). And here is the place for low-budget travelers considered Alanya — there are many “maloizvestnyh” hotels, although the missing antiquities. And again, choosing a hotel, ask the zoning system. Now there are hotels, where the territory is divided into two areas: a family — for families with children, and adult “quiet” area where you can relax with a glass of wine without the noise of children. The “inhabitants” of these zones overlap only in the restaurant or lobby. 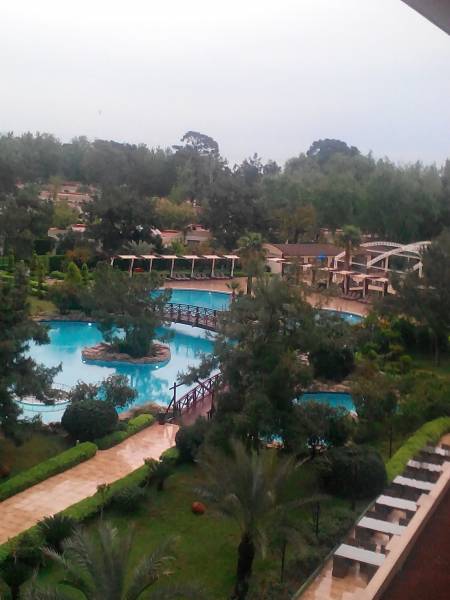 KEMER. Here you can sunbathe on the beach, and then by cableway to ascend the mountain of Olympos and to play in the snow. On the upper station of the ropeway is amazing lookout where you can see all the Lycian coast of the Peninsula from the Mediterranean sea. In Kemer is the biggest in Turkey aquarium tunnel with a length of 131 m (the longest in Europe). And 4 hours from Kemer unique entertainment — catch blue crabs! You can still visit the ancient city of Kaunos and the famous beach with healing mud. Especially good tour for families with children and to play turtles, and crabs to fish, and swim. 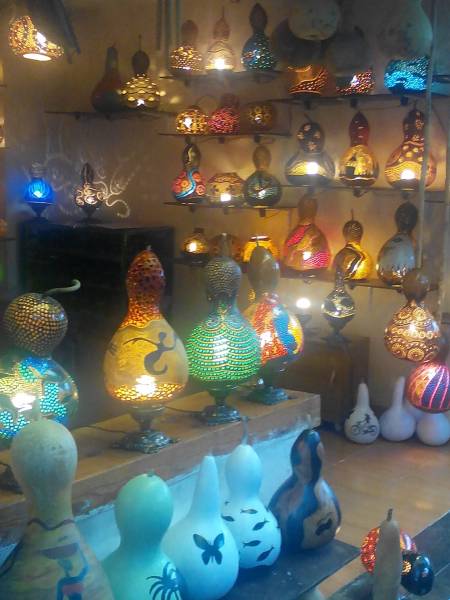 Lamp. In the Old town

FROM HISTORY: FROM NICHOLAS TO THE CHURCH OF “ATLANTIS”

From Kemer there is an interesting historical tour (Demre — Myra — Kekova) — to the Church of St. Nicholas and the Lycian tombs and theaters. But to get pleasure from walks, tours is best to book through a trusted tour operator — then you’re only positive emotions. 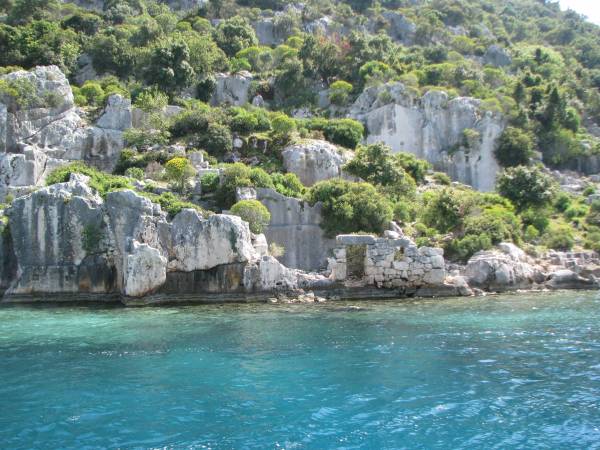 NICHOLAS. In front of the Church in Demre will surely succeed in the icon shop. In the tradition of Orthodoxy, the Turks do not understand, but revered them out of tolerance and material gain. Do not be surprised that in the shop before entering, women are asked to wear a hat and buy an icon of St. Nicholas, to attach her to the tomb of the Saint. By the way, which is out there in the temple tomb belongs to the Saint, the archaeologists still argue! The Turks did: they chose the most spectacular and fenced it with a glass. Another thing is that in the time of St. Nicholas of the temple did not exist, he preached in that city, and the temple built by his followers in the sixth century. However, here I want to stay longer, and pray — although before this place was a pagan temple of Artemis. 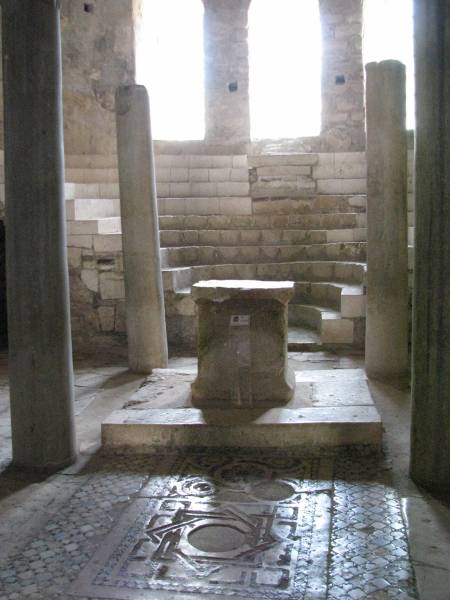 The altar. In the Church of SV. Nicholas

TOMB. Be sure to see the Lycian tombs carved into the cliffs in the III—IV century BC! The inhabitants of ancient Lycia believed that in the afterlife, too, need to be at home, so in the necropolis of rich people build their real apartments for all the family. These “flats” in the rocks. And to unwind, you’ll be lucky to ride a boat to see the ruined city in Kekova in the water. Present it sometimes as a Turkish Atlantis, but our guide Nedret honestly said: the history of the city is unknown, as the reason it sank. However, remains of staircases, walls, arches, covered with vegetation, it was magnificent. Of course, in one of the bays the boat will stop to swim in the clear water. 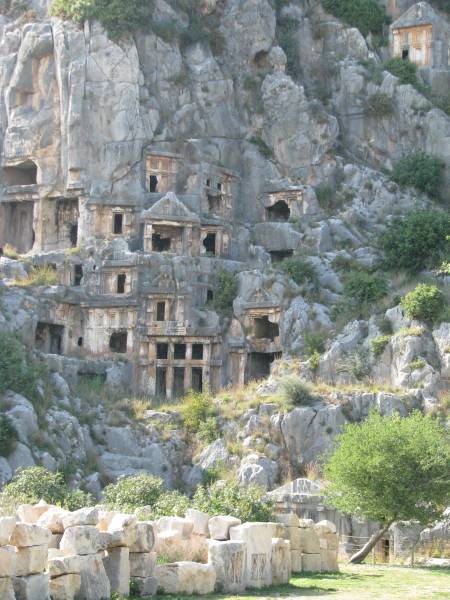 SIDE: MUSIC IN THE RUINS AND A SELFIE AT THE APOLLO

In side you can immerse yourself in antiquity at the full. Wander through the ruined streets and through imagination to go into the shop before the ancient city, which in the II century BC was the largest slave market (now there are only the foundations and parts of walls). In ancient theatre on 15 thousand seats and now holds festivals of symphonic music. Unsurprisingly — there is an amazing acoustics. But the business card side of the temple of Apollo, after 2 thousand years remained only one native column, and the rest painstakingly restored, but still beautiful. It is here that tourists and even the famous centerfolds, be sure to do a selfie, as if Apollo himself bequeathed it to them. In side — the best sandy beaches of Antalya and the sea is gaining depth very smoothly. This makes the resort great place for families with children. 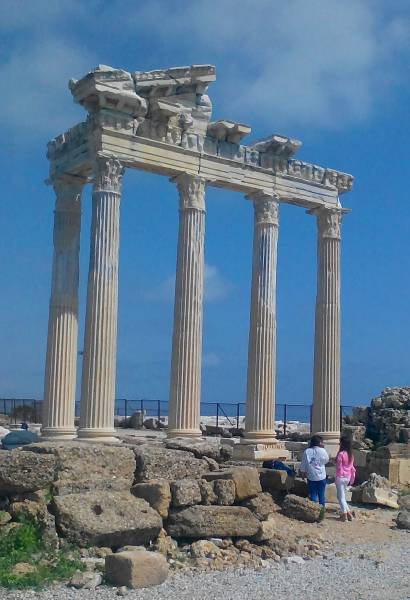 “Business card”. The Temple Of Apollo 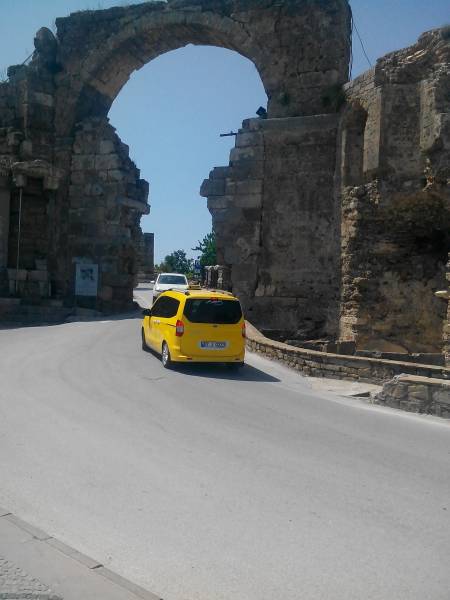 Street. At the crossroads of civilizations

Fans of extreme sports is to climb the Tahtali mountain where the paragliding centre. Here offer tourists a slow, smooth flight on a paraglider from the mountains to the coast. In this adventure you will dive together with an instructor. Within 40 minutes you will be planning, considering the ridges under your feet. The worst thing is to take a step from the mountain top: it is an incomparable feeling, and paragliding is equal to the feat.

If you want to see the place where they filmed “Star wars” — you in Cappadocia. Here are the the most yellow of the mountain, resembling a mushroom, then goblins, then elves. It has a number of underground cities with tunnels, there is imagination Valley and pigeon Valley. From the lookout it seems that he was on Mars. Bus tour for two days, also includes hot air balloon flight.

Also offers rafting on inflatable rafts on a mountain river Köprüçay river in national Park köprülü Canyon. Above the canyon is the current stone bridge with a height of 27 meters, built by the Romans in the II century BC. The route length is 14 km. There is a program in which rafting is combined with fishing, mountain trails and bungy jumps and a mini jeep Safari.

The average cost of these tours — up to $200, the price depends on the distance of your hotel.