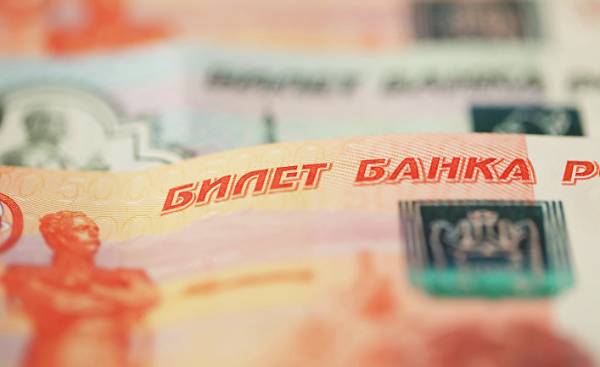 In total there have been four payment. This six-figure amount was intended for the purchase of men’s and women’s clothing. The customer was Russian. In fact, for Bogner from Munich it was nothing special. Premium ski suits, leather jackets or handbags are expensive. And to the customers that are more contemptuous of remittances and forget to specify an account number or even the name of the payer, are lenient.

However, the account was somehow processed. There was nothing surprising in the fact that payment is made at the client and a firm with headquarters in London and the payment was made from the account in Latvia. Accountants Bogner this also did not attach much importance.

The law on combating the laundering of money, requires special care, only companies of certain sectors of the economy, for example, financiers, lawyers and jewelers. In relation to the fashion industry such instructions are not present. However, the above mentioned four transfer to the Bogner was, as far as we know at the moment, the Russian “dirty money”. And now the money is “laundered”. It happened in November 2013.

A year later, journalists of the so-called Project for the investigation of corruption and organized crime (OCCRP) revealed a giant system for the “laundering” of money, managed by, presumably, from Russia. They called it “Russian washing machine”. After that, OCCRP and the Russian “the New newspaper” have difficulties with access to data that shed light on the operation of the system on the “laundering” of money. This information is jointly processed media from 32 countries, in particular the Süddeutsche Zeitung and the British Guardian.

According to these data, from 2010 to 2014 from Russia to the EU countries was transferred no less than 20.7 billion dollars. It is not excluded that the actual amount is much higher.

Who owns the money and why they needed to withdraw abroad? “Obviously, the money was either stolen or had a criminal origin,” said a senior representative of the Latvian authorities on the supervision of financial markets, drawing attention to the results of the investigation by OCCRP. There is the assumption that behind these machinations may be a group of very wealthy oligarchs who also have great political influence. The money was taken out of Russia by one and the same, and quite costly to the scheme:

“Puppeteers” used two front companies registered in the UK, the head of which stood the figurehead of Directors. Getting money, these firms have agreements among themselves, and one of them gave the other loans, ischislyaetsya millions of dollars. However, these loans are never repaid — that is, it was a classic bogus transaction.

As a reference was made by one of the Moldovan frontman and one company from Russia. Its accounts were “black money”. However, this did not prevent the “puppeteers” to demand from the debtor the reverse payment.

Because along with Russian firm guarantor were a citizen of Moldova, they preferred to seek in the Moldovan courts. There, the judges quickly took action, and the case enters the guarantors. However, the judges, in all probability, had received bribes, and knew that it was about the fictitious transactions. Anyway, the Russian company has translated the “black money” on account of the Moldovan Bank Mordindconbank.

The court decision gave all this fraud legal. Bailiffs have translated these tools further accounts of the British shell Corporation in the Latvian Bank Trasta Komercbanka.

Thus the money went to Europe, and then they could redistribute and spend. Including in Germany. Süddeutsche Zeitung was able to detect in a database that contains information about approximately 70 thousands of transactions to transfer funds 662 the case when the money from the Latvian Bank accounts were used to pay for various accounts in Germany. Companies or private persons from Russia, Ukraine or Belarus bought at retail a variety of products ordered or their delivery. The payment took over a shell company. In total in this way on account of the German companies and individuals came to 66.5 million dollars. Usually it was about the goods of luxury Rolex watches worth half a million dollars, dear, tuningowanych cars, expensive clothes and so on.

Bogner representatives do not deny that they received the money. However, according to them, they had no reason to doubt the legality of the payment. Though it is strange: a British front company had to pay bills one of the few Russian partners? Representatives Bogner reported that the company goes through a reorganization procedure “with the aim of increasing transparency and optimization of tax risks.”

Bogner, however, was not the only such company. In addition to the purchase of luxury goods, individuals engaged in the “laundering” of money also financed the import of spare parts for various equipment, the purchase of food and building materials bound for Russia. One German company was sent to Moscow 15 tons of puff pastry. But chemical giant BASF coatings sold there for the sum more than € 1.6 million. The company reported that it had no suspicions about the integrity of the customer’s goods.

A German company, information about which is contained in the database are not willing to disclose the names of customers and their business partners. So, the group Rohde & Schwarz, which produces electronic equipment for police, military and intelligence services, reported that in transactions has always focused on laws and regulations. Presumably, this company has put Russian companies involved in “laundering” money, goods amounting to more than 950 thousand euros.

However, if you follow the money in Germany, you will notice that they also received a small family business and large companies-intermediaries, working, for example, with industrial enterprises. The head of one of these firms said uncertainly into the phone that could tell you a lot, but not gonna do that. For further phone calls, he did not answer.

Others openly admitted that they received much more of these payments than originally anticipated. And someone, for example, an inconspicuous small firms, afforded the services of expensive lawyers, categorically refused to answer the queries. The results of the investigation of these cases, the German authorities is not yet known. The Federal criminal police office said only that it has no information about this system on the “laundering” of money.

In Moldova employees of the local Center for fight against corruption tried to attract individuals who participated in the activities of this “machine” to justice. 14 judges have been charged with willful imposition of illegal sentences and participation in laundering money.

In Moscow, obviously concerned about these investigations. According to the Moldovan Parliament in the past months on the Russian border and at Russian airports were arrested and subjected to hours-long interrogations 25 Moldovan officials, high-ranking military, Pro-European politicians and even the head of the national Centre for the fight against corruption. The Parliament also comes from the fact that these interviews were not accidental.