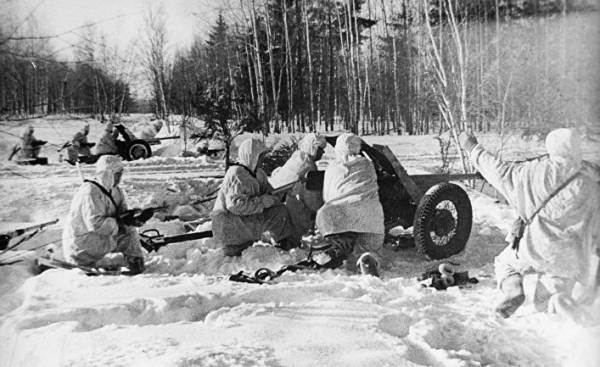 “The German Wehrmacht must be prepared to ensure that before the end of the war against England, to crush Soviet Russia with the help of a quick military campaign”: its a secret Directive No. 21 “Barbarossa” Hitler on 18 December 1940, ordered his generals to prepare an attack on the Soviet Union. At the end of July, the dictator said the Supreme commander of the Wehrmacht about the “particular solution”, namely to “crush” the Soviet Union in the spring of 1941. After eleven months, everything was ready: June 22, 1941 3.1 million German and allied soldiers and 3400 tanks crossed the border and began the ideological world war of extermination.

About how she was supposed to be, said in the “Decree of the military jurisdiction of the plan “Barbarossa”, 13 may 1941. It says: “For actions that officers of the Wehrmacht and the allies commit against enemy civilians, not provided any prosecution, even if this action is at the same time a military crime or misdemeanor.” It was a security certificate for nearly all crimes against the Soviet civilian population, which actually began immediately after the attack almost the entire front line.

In violation of existing laws of war for prisoners of war provision had been made “with the most primitive means” and forced labor. Behind the front was followed by the special forces of the SS that mass killings began the genocide of the Jews, the former allegedly the basis of “the current Russian-Bolshevik system.” Residents of Moscow and Leningrad was destined to starvation, and survivors were provided by the existence as labor slaves.

That unleashed on 22 June 1941 Hitler’s war it was about a hitherto unknown war of extermination, no doubt, no serious study. However, in the German culture of remembrance, this military campaign and its consequences still languish, criticized both the Bonn historian of Eastern Europe Martin Aust (Martin Aust) Makhotin and Catherine (Ekaterina Makhotina). While in Russia, Belarus and Ukraine on June 22 is the official Day of remembrance after 1945 the victims of this war, soldiers and civilians, literally disappeared behind the “iron curtain” explains Makhotin his proposal: the “vacuum in German memory” should be filled — namely, the introduction of an official Day of remembrance or special memorials.

Only in the last years of the Soviet victims of the war was paid a little more attention, she said. However, even the 75 anniversary of the attack in 2016, almost was not marked officially, says Makhotin. “In addition to a hastily organized discussion in the Bundestag on the initiative of the party “the Left”, there have been no state interventions.”

Both experts on the history of Eastern Europe turning thus to the demands of Peter Ian (Peter Jahn). Former Director of the German-Russian Museum in Karlshorst spoke to the newspaper Die Zeit for the creation of a monument to the victims of the German war in the East. It needs to be, he said, was built in the center of Berlin, close to monuments, other victims of the national socialists.

Of the five million Soviet prisoners, three million died in German captivity. Here should be counted among the two million killed Soviet Jews and six million other civilians. Exactly 13 million red Army soldiers died before the end of the war. Compare this with the victims of Stalin’s miscalculations and the repression against alleged traitors, cowards and deserters would be superficial, because the chaos in the Soviet military leadership was provoked only by the German attack.

July 3, 1941, twelve days after the German attack, the chief of the General staff Franz Halder (Franz Halder) wrote in his diary: “Probably, it is no exaggeration if I assert that the campaign against Russia was won in 14 days”. Only surrounded at Bialystok and Minsk, the Wehrmacht destroyed four Soviet army, captured more than 320 thousand people and destroyed more than three thousand tanks. However, on the Russian open spaces of the victorious German troops were literally stuck. The lack of resources, supply problems, wrong decisions and above all self-sacrificing resistance of the red Army stopped the Wehrmacht in December near Moscow. And even if the war has lasted more than three years and demanded millions of victims, the outcome was thus predetermined.