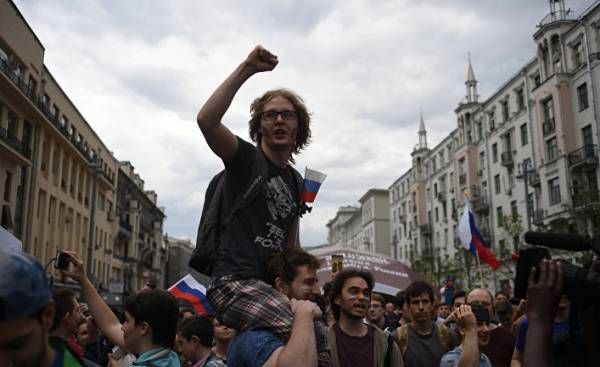 Russian society feels confident, looking at the international position of their country, as evidenced by data from a new Pew research center survey. However, domestically the first signs of discontent. Here are four key findings on how Russians assess the place of their country in the world.

1. Most Russians believe that their country today is playing a more important role in world Affairs than 10 years ago. There are other companies, sensing the growing global importance of their countries, including China and India. Held in the spring of 2016, the study showed that three quarters of Chinese and 68% of Indians think their country is more influential than a decade ago. Such confidence contrasts sharply with the Europeans. In 10 EU countries on average only 23% of the population believes that in 2016 the global influence of their state was on the rise.

2. The majority of Russians still believe that their country does not enjoy the respect it deserves, but now there are fewer people than in the past. Today 56% of the Russian population believes that Moscow deserves more respect in the world. About one third believes that Russia uses the proper authority. During the previous survey on this topic, which was conducted in 2012, this was only 16%.

3. Many Russians see a definite conflict in its relations with the West, but most for their cooperation. According to the recently published report of the research center Pew, which was compiled according to the survey for 2015, the vast majority of Russians believe that their country is an important counterweight to the West (85%) and that Russia’s values do not coincide with the Western (73%).

But the Russians are still willing to cooperate with the United States and other Western countries. The majority (55%) believe that close cooperation with the West — in the interests of Russia.

4. Russian President Vladimir Putin gets high marks on foreign policy. Overall, nearly nine out of ten Russians say that they believe in the ability of their President to do the right thing in international Affairs, with 58% indicate a high degree of confidence.

The highest rating Putin received for building relationships with China (the approval rate 78%), to which Russia is a lot friendlier than in previous years. But even this figure is 12% lower than in 2015.